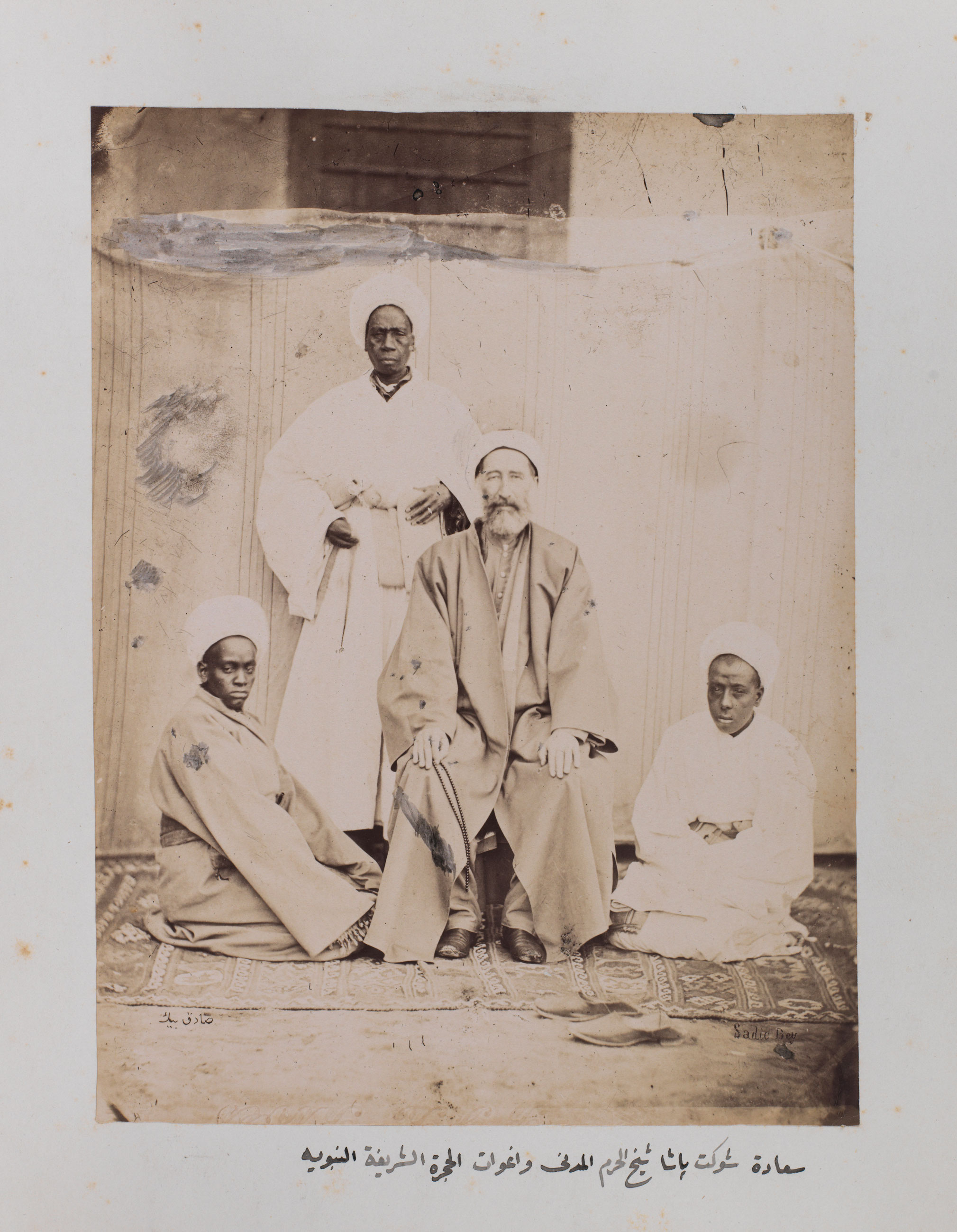 sa‘adat Shawkat Basha shaykh al-haram al-madani wa aghawat of al-hujrah al-sharifah al-nabawiyyah (‘Shawkat Pasha, the Saykh of the sanctuary at Medina, with three of the eunuchs of the Noble Chambre of the Prophet’)

sa‘adat Shawkat Basha shaykh al-haram al-madani wa aghawat of al-hujrah al-sharifah al-nabawiyyah (‘Shawkat Pasha, the Saykh of the sanctuary at Medina, with three of the eunuchs of the Noble Chambre of the Prophet’)