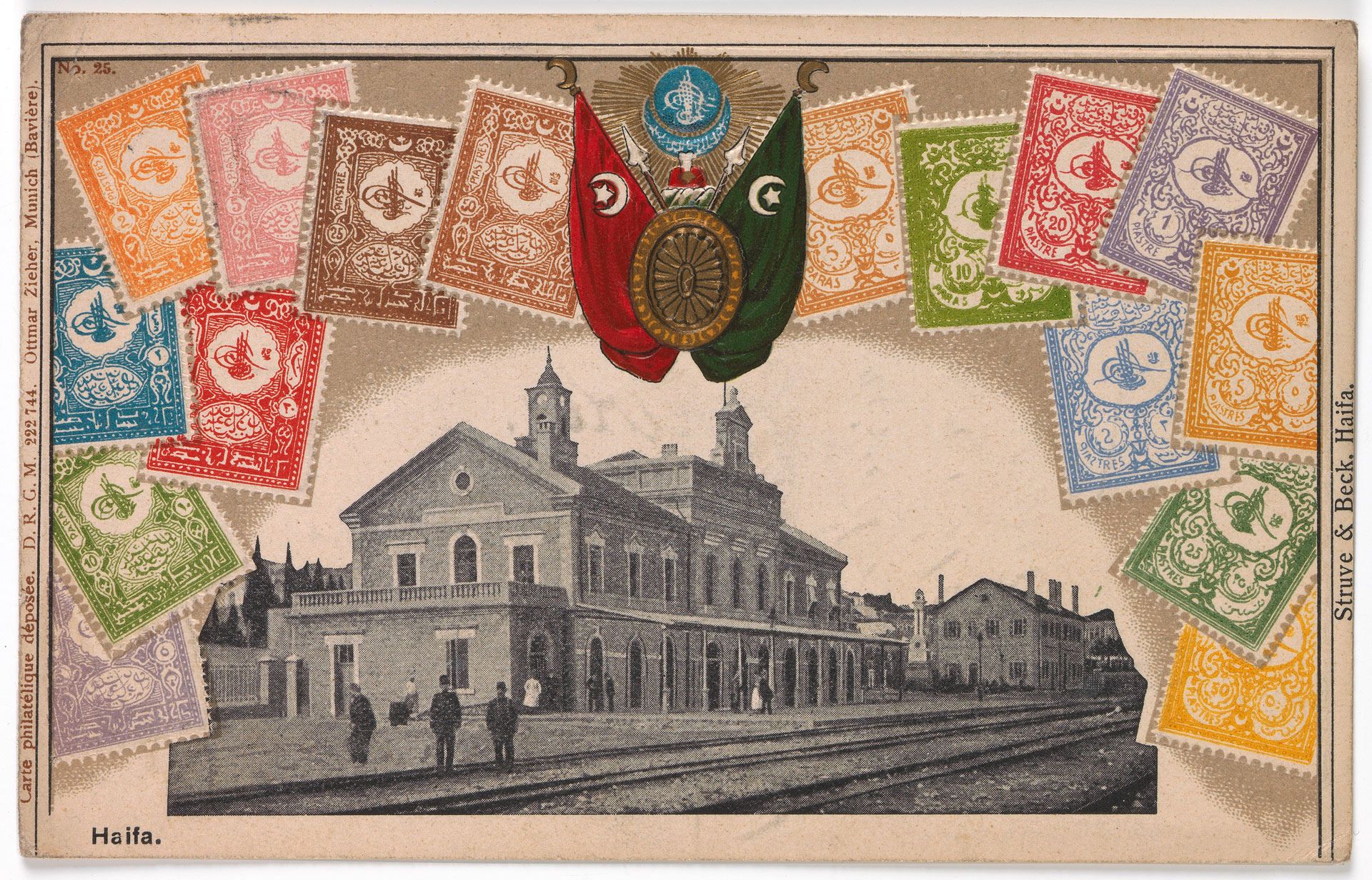 The construction of the Hijaz Railway commenced in September 1900, and ran from Damascus to Medina on a narrow-gauge track. The project was closed in 1908 when the Medina station was officially opened. A secondary line, built between Dar‘a in Syria and Haifa on the Mediterranean coast, was officially opened in October 1905. This postcard is from a series entitled ‘Ottmar Zieher Postcards of Classic Stamps’ and shows a view of Haifa station, surrounded by different Ottoman stamps and an embossed gold Ottoman coat-of-arms at the centre.