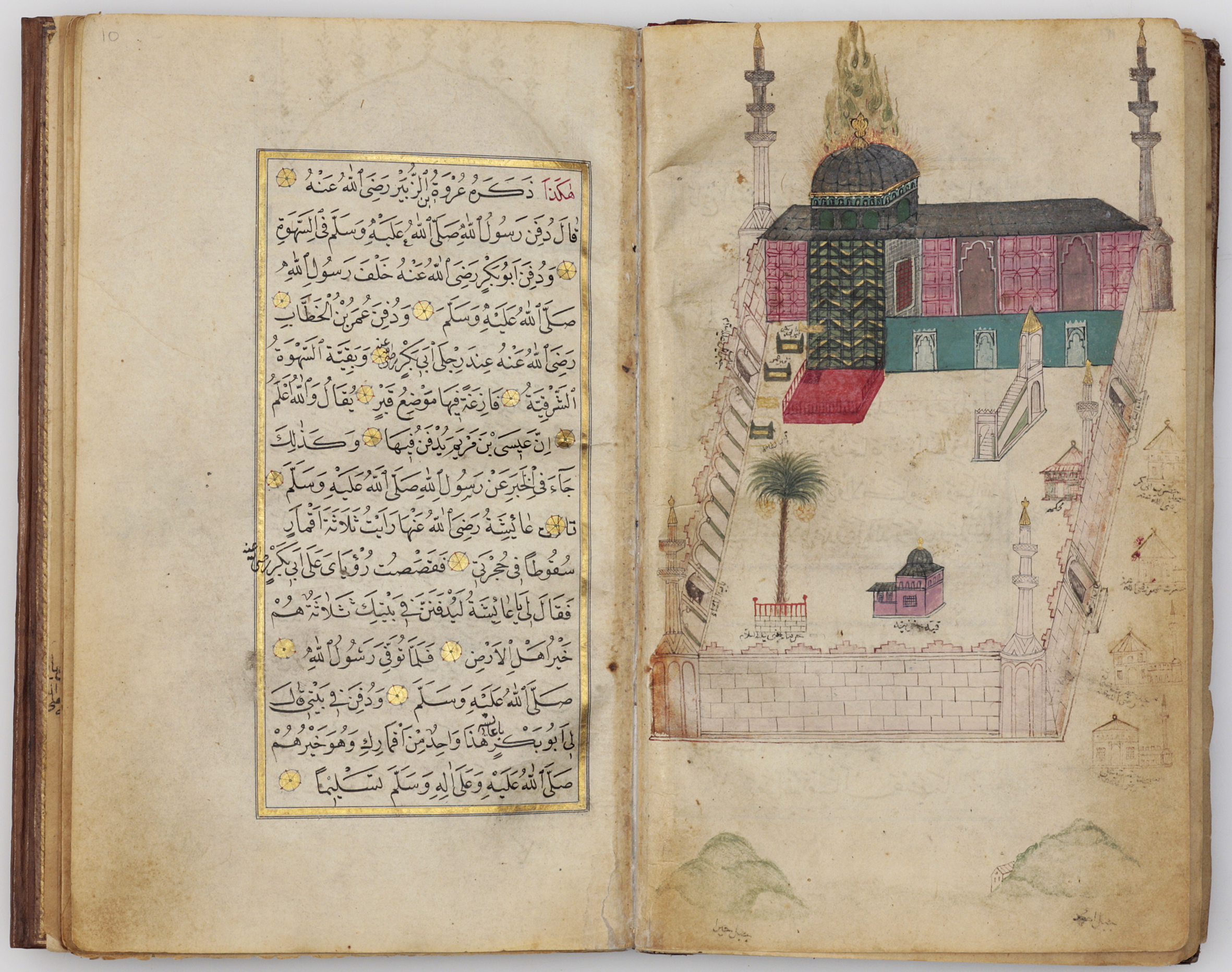 The dala’il al-khayrat, by the Moroccan Sufi al-Jazuli (d 1465 or later), is a prayer book that was especially popular in Ottoman Turkey. It includes an introduction with hadith on the benefits of prayers and faith; a list of the 201 names of the Prophet Muhammad and their spiritual properties; a description of the tombs of the Prophet and the caliphs Abu Bakr and ‘Umar at Medina; and prayers for the days of the week.  Many Ottoman copies show the Masjid al-Haram at Mecca and the Mosque of the Prophet at Medina, although there is no reference to this in the text. This copy, however, only shows the mosque at Medina, with the domed tomb of the Prophet under a fiery nimbus, as well as other monuments inside and outside the sacred enclosure.

The morocco leather binding is later than the manuscript; it is signed on the fore-edge strip by the binder Muhammad al-Khalidi and dated 1235 AH/ 1819–20 AD.