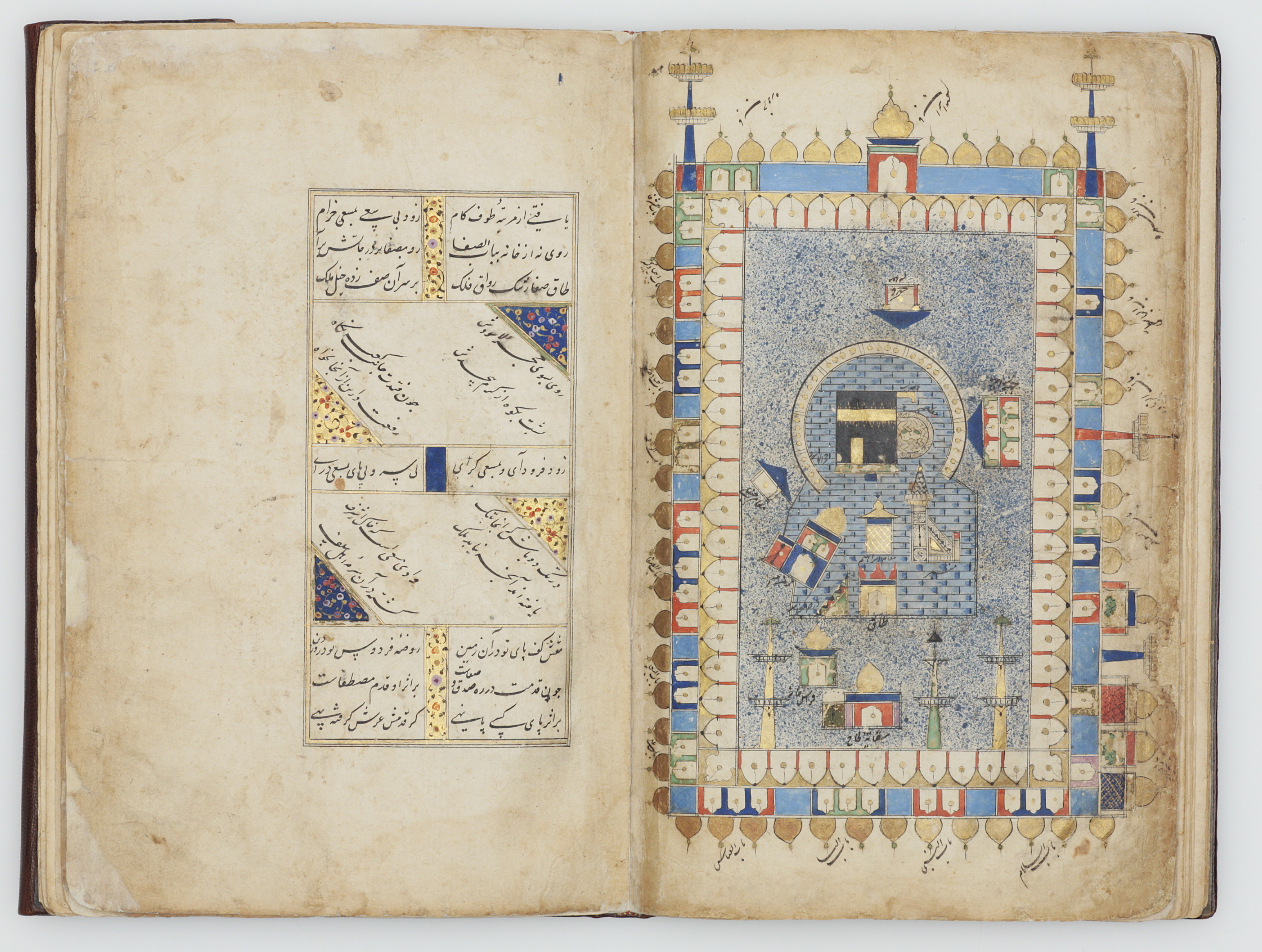 MSS 1038, fol 29a: the encampment at ‘Arafat, with the Syrian, Egyptian and Yemeni mahmals

The futuh al-haramayn is a guide in Persian verse for pilgrims on the hajj, listing and illustrating the stations of the Pilgrimage and the rituals to be observed, together with the customary prayers and offerings. It was the work of the polymath Muhyi Lari (d 933 AH/ 1526 or 1527 AD) who later dedicated it to Muzaffar ibn Mahmudshah, the ruler of Gujarat. No early illustrated Indian copies are known, but later in the 16th century it was widely copied in Ottoman Turkey, both in Istanbul for the sultan’s library and in the provinces. These all share one interesting feature: the use of a coloured waxed ground on the illustrations of Mecca and Medina. This is paralleled in scrolls of the period, issued to attest proxy pilgrimages.