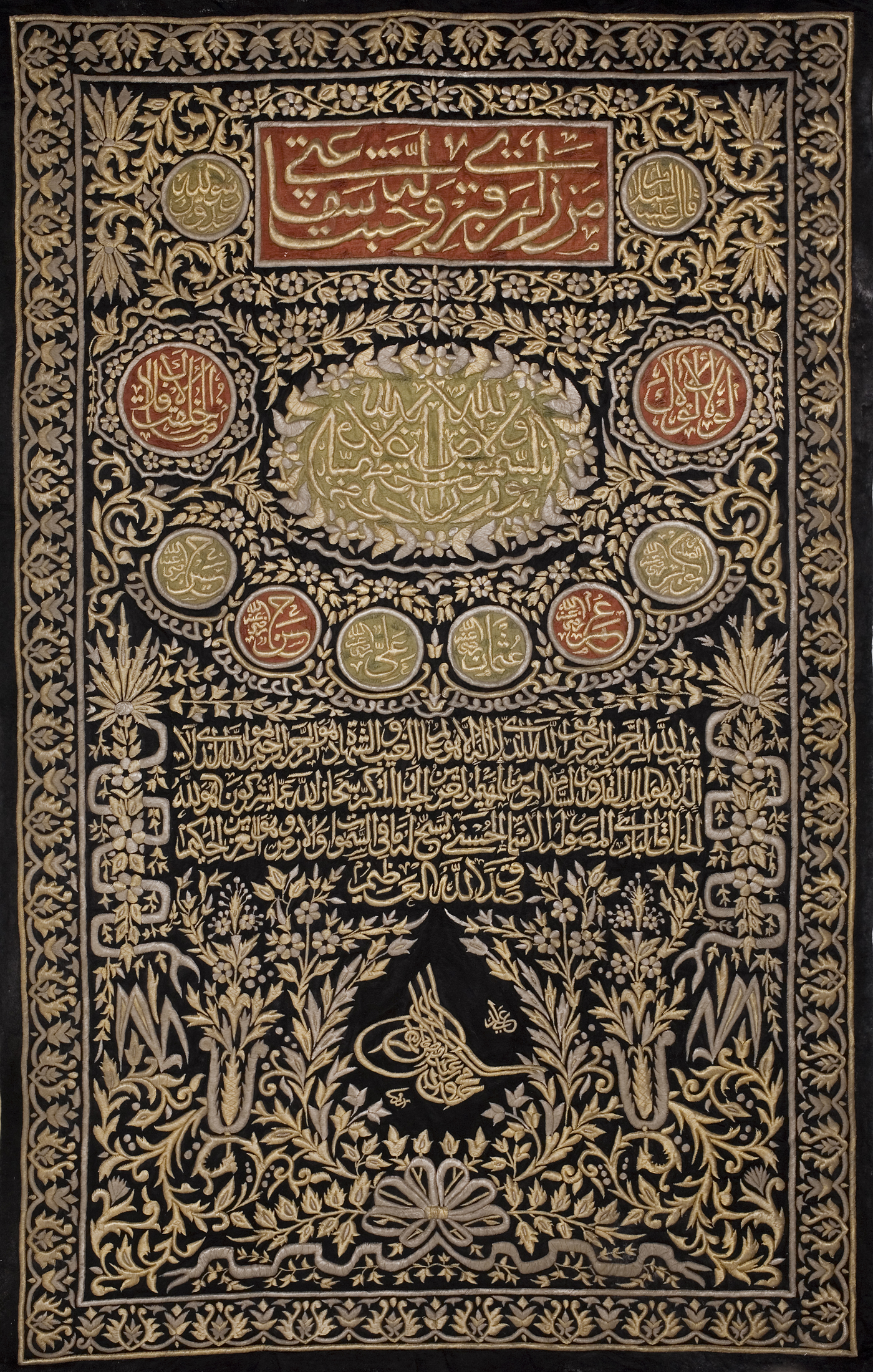 Curtain (Sitarah) from the Tomb of the Prophet in Medina

Curtain (Sitarah) from the Tomb of the Prophet in Medina

The Mosque of the Prophet in Medina received several sitarahs from Ottoman sultans in Istanbul, some of which were replaced annually. Inscriptions on some of them clearly state that they were made for a specific mihrab or door within the mosque or tomb chamber. Those on others are not so specific but rather hint at the location through the choice of Qur’anic verses or hadith. That this sitarah was intended for the tomb chamber is suggested by the hadith at the top, ‘he who visits my tomb has, by duty, my intercession’.

Below the hadith, is the opening of ayat al-Nur, ‘God is the Light of the heavens and the earth’ embroidered in mirror script, with the names of Abu Bakr, ‘Umar, ‘Uthman, ‘Ali, Hasan and Husayn in the small roundels. This is followed by surah al-Hashr (LIX), verses 22–24, and below it the tughra of Sultan Mahmud II, with his soubriquet ‘adli (‘The just’). The ground is dense with Baroque-style floral scrolls and ribbons characteristic of the designs of sitarahs from his reign.