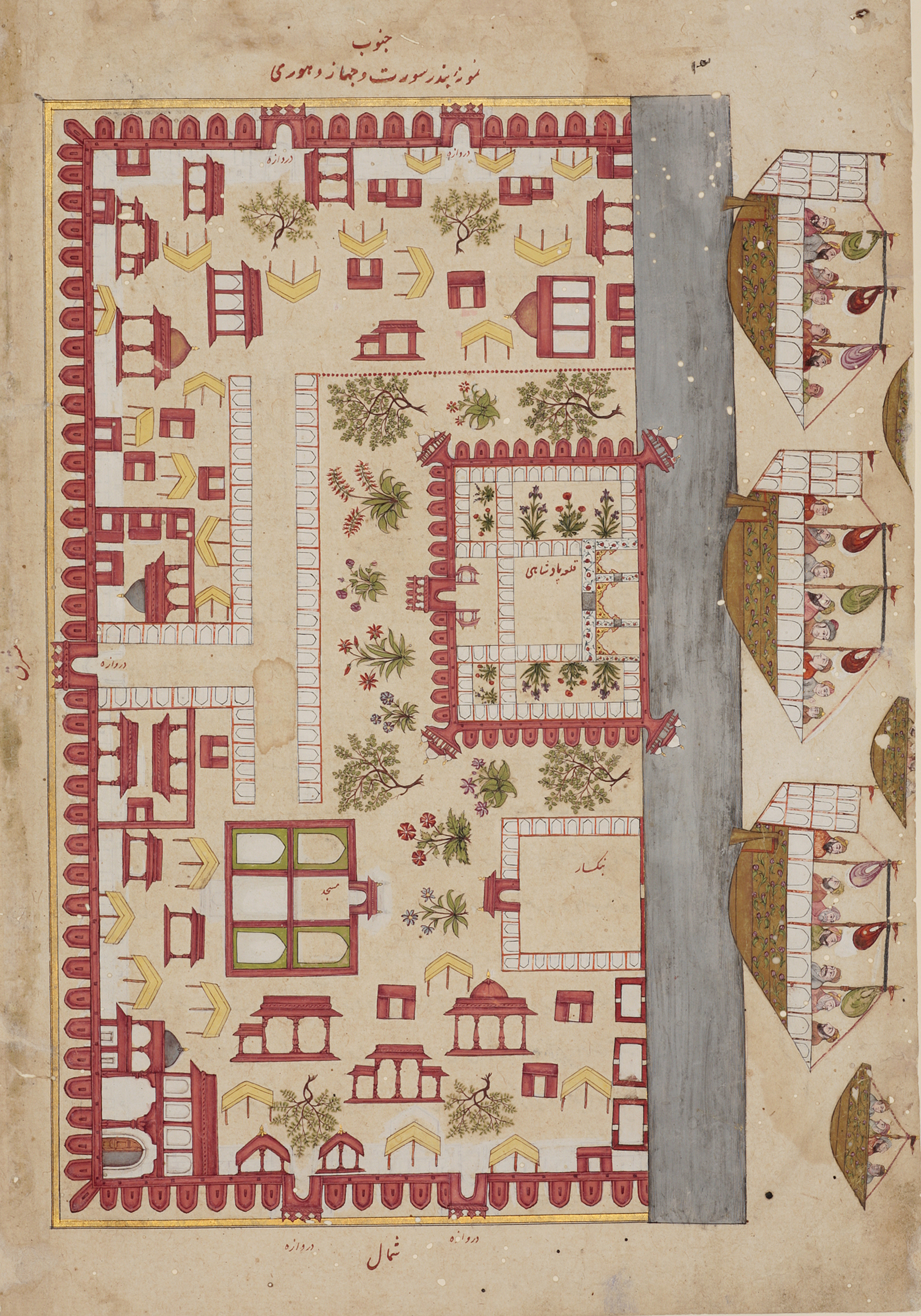 MSS 1025, fol 18a, Sharif Barakat riding to meet the envoy of the Ottoman sultan

Persian text copied in nasta‘liq; with 23 lines to the page

Written during the year-long pilgrimage undertaken by the author, Safi ibn Vali, in 1676–77, the Anis al-Hujjaj (‘Pilgrims’ Companion’) gives advice to prospective pilgrims on every aspect of the journey: which ships to choose, how to stay healthy, the places to visit, the rituals to be observed and the people one is likely to encounter. Safi ibn Vali’s own pilgrimage (he commenced his journey on 12 Rajab 1087/ 20 September 1676) was made possible through the financial help of Zib al-Nisa, a daughter of the Mughal emperor Awrangzeb, for whom he had written a commentary on the Qur’an.

This manuscript belongs to a long-established tradition of guides to the Holy Places (see MSS 1038), although the illustrations here differ in that they combine the diagrammatic views normally found in such guides with vivid and colourful scenes of the pilgrims and their caravans. The illustrations are simple in their conception yet their attention to detail is acute. They provide a cogent picture of camp life of pilgrims in the late 17th century.