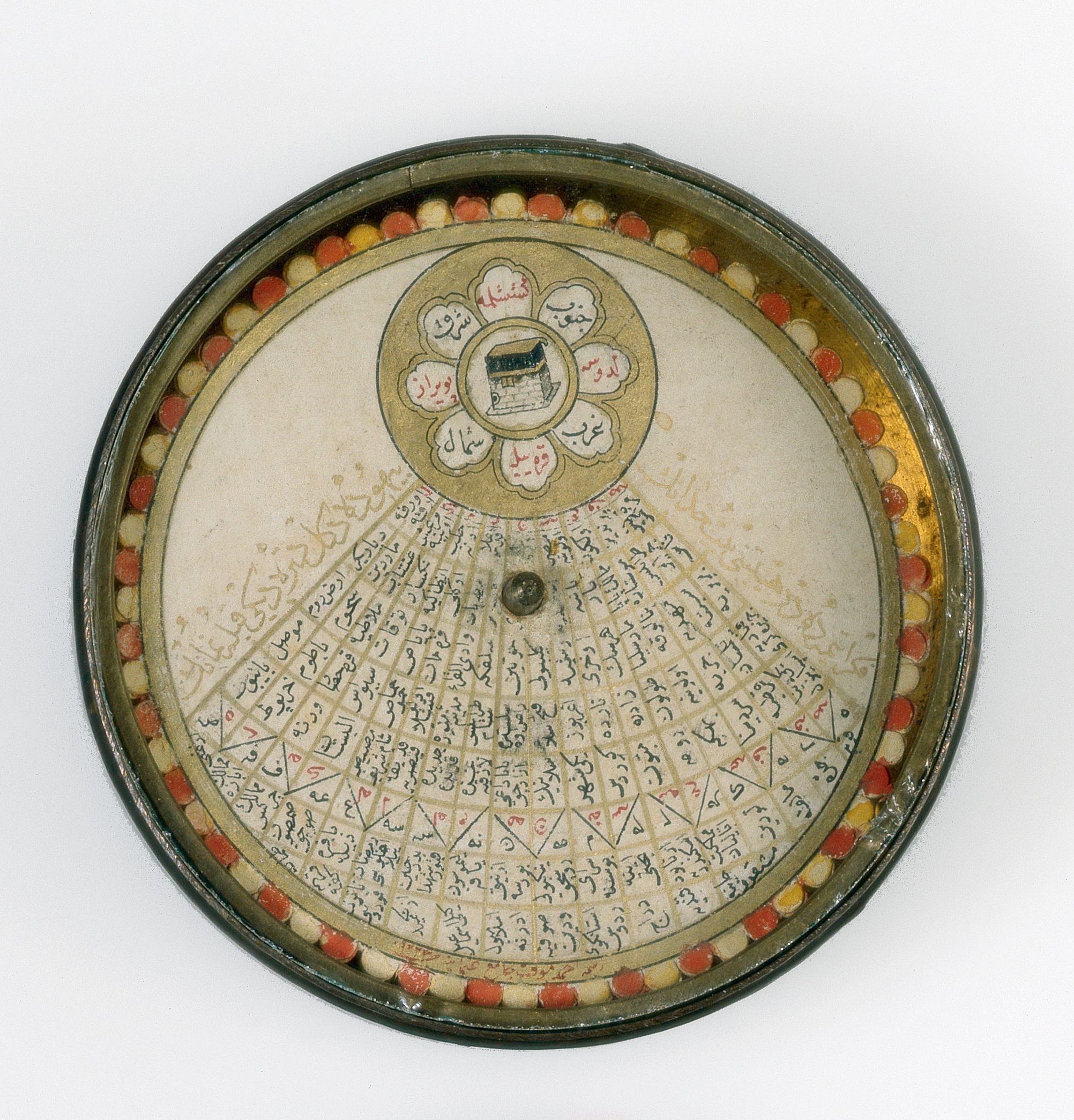 The fly is of inscribed and painted card, with a magnetized iron cross beneath and a brass ferrule in the centre; it rotates freely on a brass pivot within a lidded case of turned brass; it is protected by a glass, which is held in place by a sprung brass retaining ring.

A depiction of the Ka‘bah lies near the circumference of the circular card, or fly, and is surrounded by a gold disc containing eight cartouches. Within these the four cardinal points are marked in black, and four intermediary points, which were given the names of the relevant winds, are in red. From the Ka‘bah disc radiates a fan-shaped table inscribed with the names of places ranging from the Ottoman cities of Urfa, Diyarbakır, Erzurum and Mosul in the east to Fez, Barbary, the Canary Islands and Cartagena (Spain) in the west. The whole disc is edged with a gold band and a frill of petals, with the signature of the maker opposite the Ka‘bah. He was an astronomer named Ahmad, who was timekeeper (muwaqqit) of the Osmaniye, that is, the Nuruosmaniye, mosque in Istanbul, completed in 1755 by the Ottoman Sultan Osman III.

The fly rotates freely on the brass pivot, and the magnetized iron cross under it is so placed that when the fly stops turning and is aligned on the magnetic meridian the radial band of the ‘fan’ containing a given place name indicates the direction of Mecca from that place.