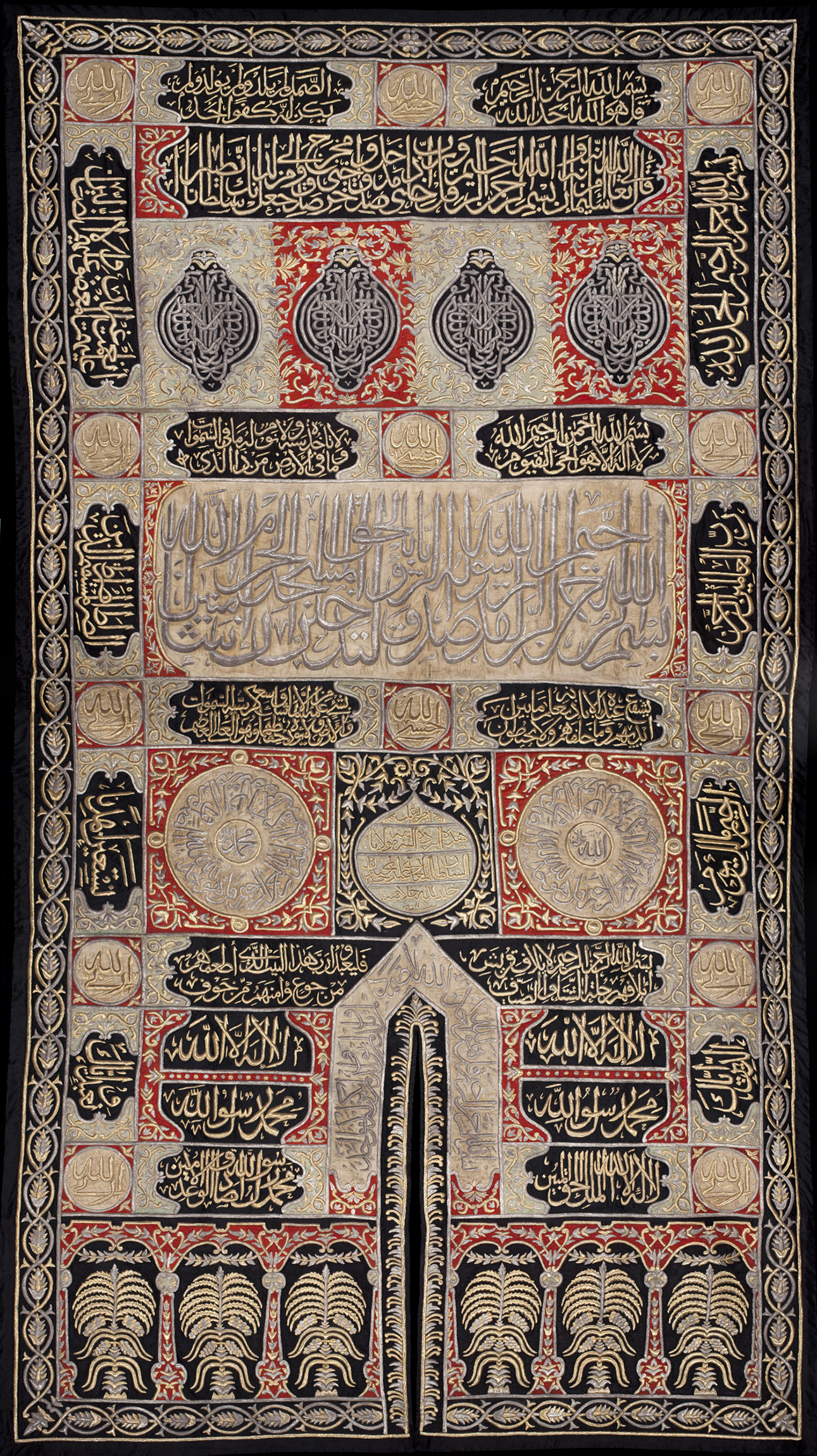 The sitarah (or curtain) for the door of the Ka‘bah – known also as the burdah or the burqu‘ – was by far the most elaborate part of the kiswah and was replaced annually. Since Mamluk times, sitarahs were made in Egypt, and left Cairo with the kiswah accompanied by the caravan of pilgrims amidst great pomp and circumstance.

The majority of the Ka‘bah door curtains made at Dar al-Kiswah in Cairo during the 19th century follow the same basic design in which calligraphic cartouches predominate and which is characterized by the series of stylized ‘palm trees’ either side of the door opening. However, because of the clever manipulation of the colour schemes and variations in the density of the embroidery, hardly any two look alike.

For the inscriptions and a curtain made three years earlier in 1263 AH, see TXT 406.