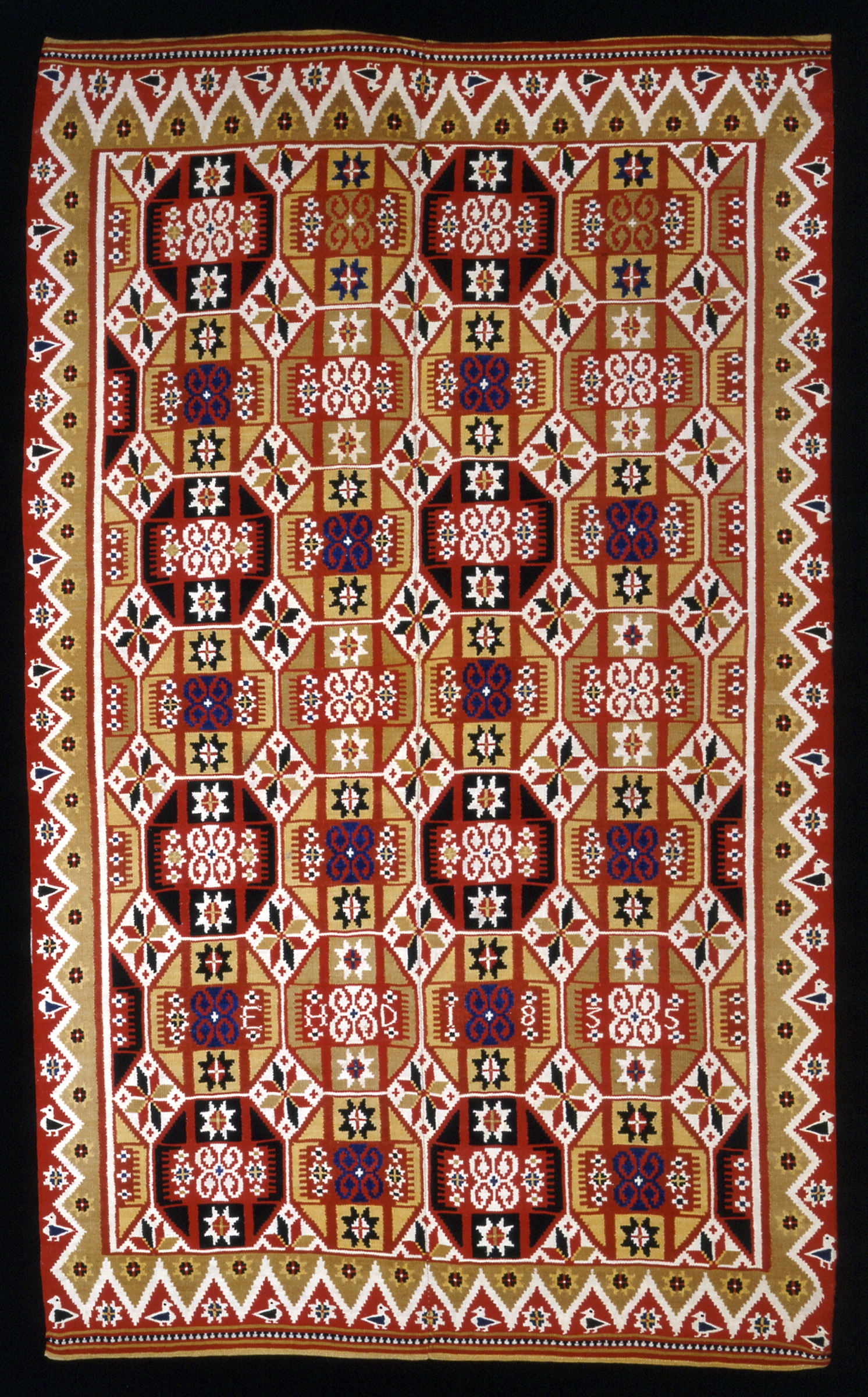 A typical bedcover from Gärds or Villands: of the sixty-eight textiles of this design in Swedish collections, thirty-seven are bed covers. The octagons abut vertically and horizontally, forming diamonds in the spaces between. The central motif may derive from a stylized version of birds facing a tree. Looking at the surviving examples, it is possible to observe the freedom afforded by the tradition as well as its confines, by comparing the variations of detailing that occur, such as the inclusion of motifs in the borders or human figures in the octagons. Many of the examples are signed and dated, so the development of the tradition can be followed over almost fifty years. This example is one of the finest both in drawing and weave.