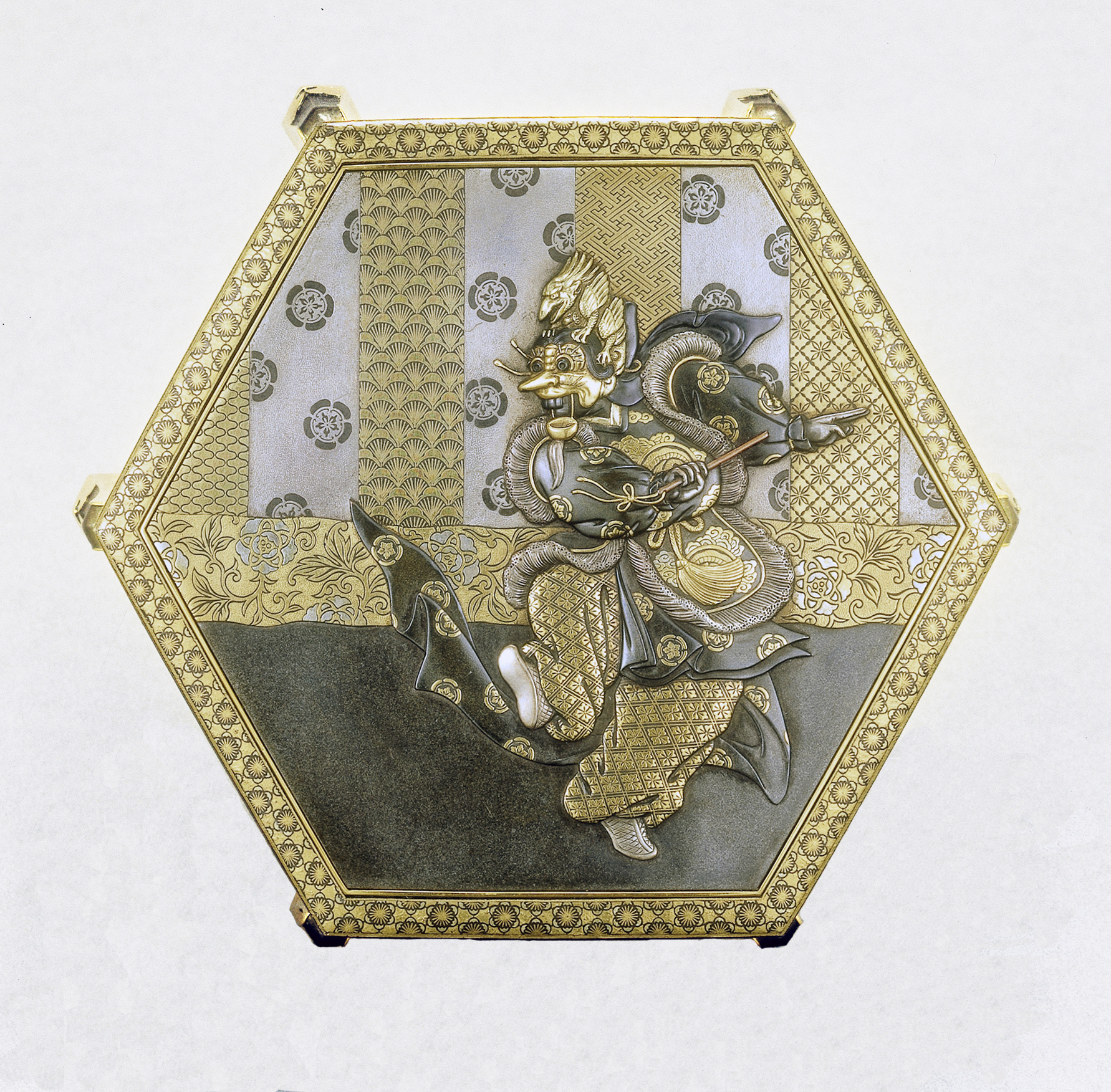 iron, with a shibuichi panel decorated in gold, silver, shakudo, and shibuichi

Suzuki Shoyo exhibited two pieces at the second National Industrial Exposition held in 1881, at which time he was still apparently based in Mito, unlike the much more famous Unno Shomin, presumably Shoyo’s master, who moved to Tokyo in 1871. The design on this box was also used by Shomin, one of whose most famouse works is a free-standing figure of a Ranryo-o dancer (1899) in the Imperial collection. Introduced from China during the seventh to ninth centuries, the dance performance known as Ranryo-o is traditionally said to be an enactment of an incident from the reign of a sublimely handsome emperor of the Northern Qi Dynasty (6th century AD) who donned a fearsome mask to frighten his enemies. Masks worn for this and other Court dances are housed in the mid-8th-century Shosoin Imperial store-house at Nara, and early capital of Japan, and became more widely known following a series of official surveys of the Shosoin’s contents, starting in 1872.