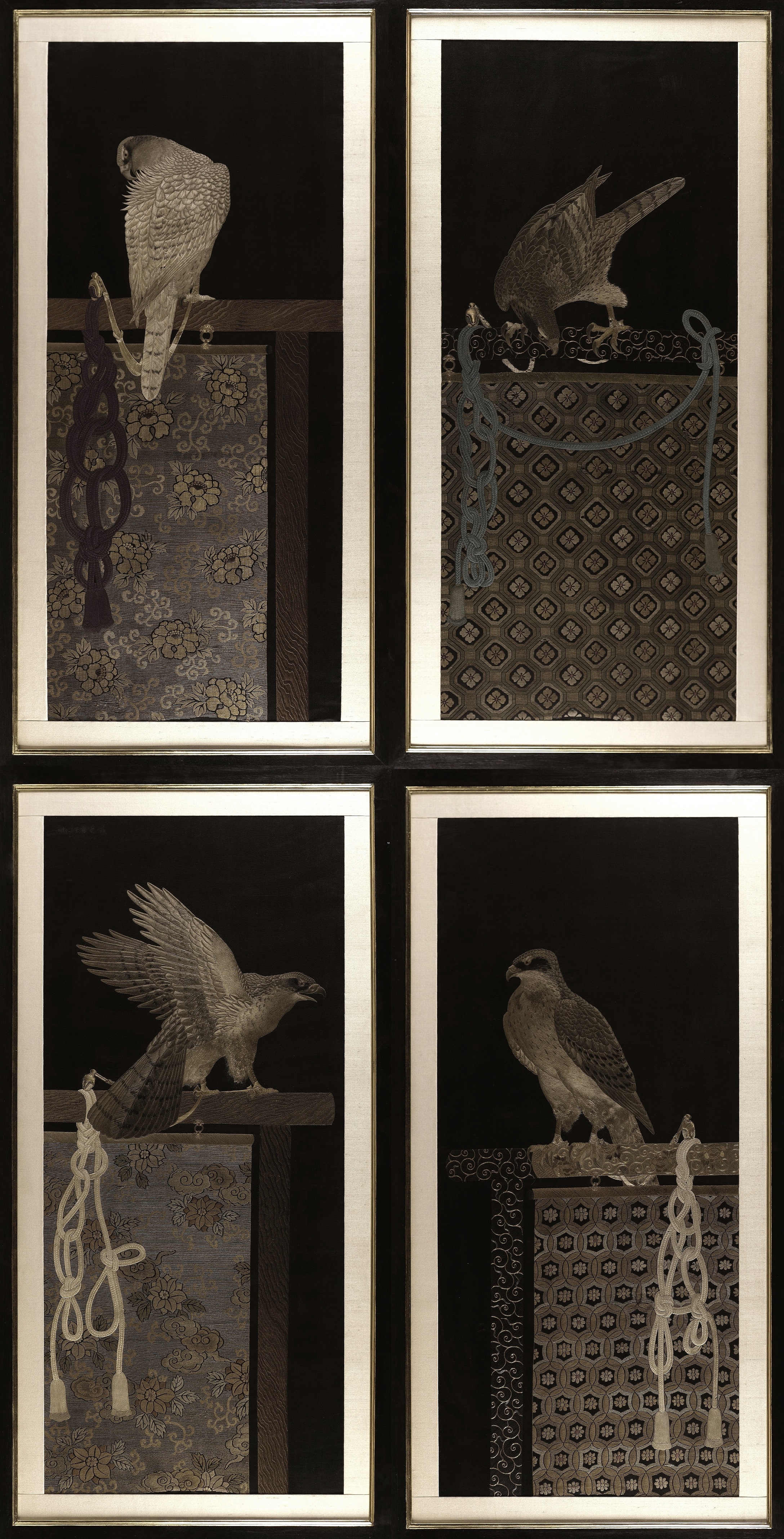 In Japanese Art, imagery from the natural world is often used in the short poetry form known as haiku, as are kigo (seasonal references). This has sometimes led to the confusion that all haiku are ‘nature’ poems. It is true to say that certain motifs carry with them a very strong sense of season; for example, blossom stands for spring and snow for winter, with all the connotation of those seasons. Kigo also represent, on their own or in combination, a feeling or a concept: for example, falling autumn leaves are symbols of grief, while the chrysanthemum denotes the ninth month and the imperial family. Winter kigo include obvious references of snow and ice, but also hares, owls, wild ducks, plovers, falcons and hawks, such as the hawks embroidered on the present panels.