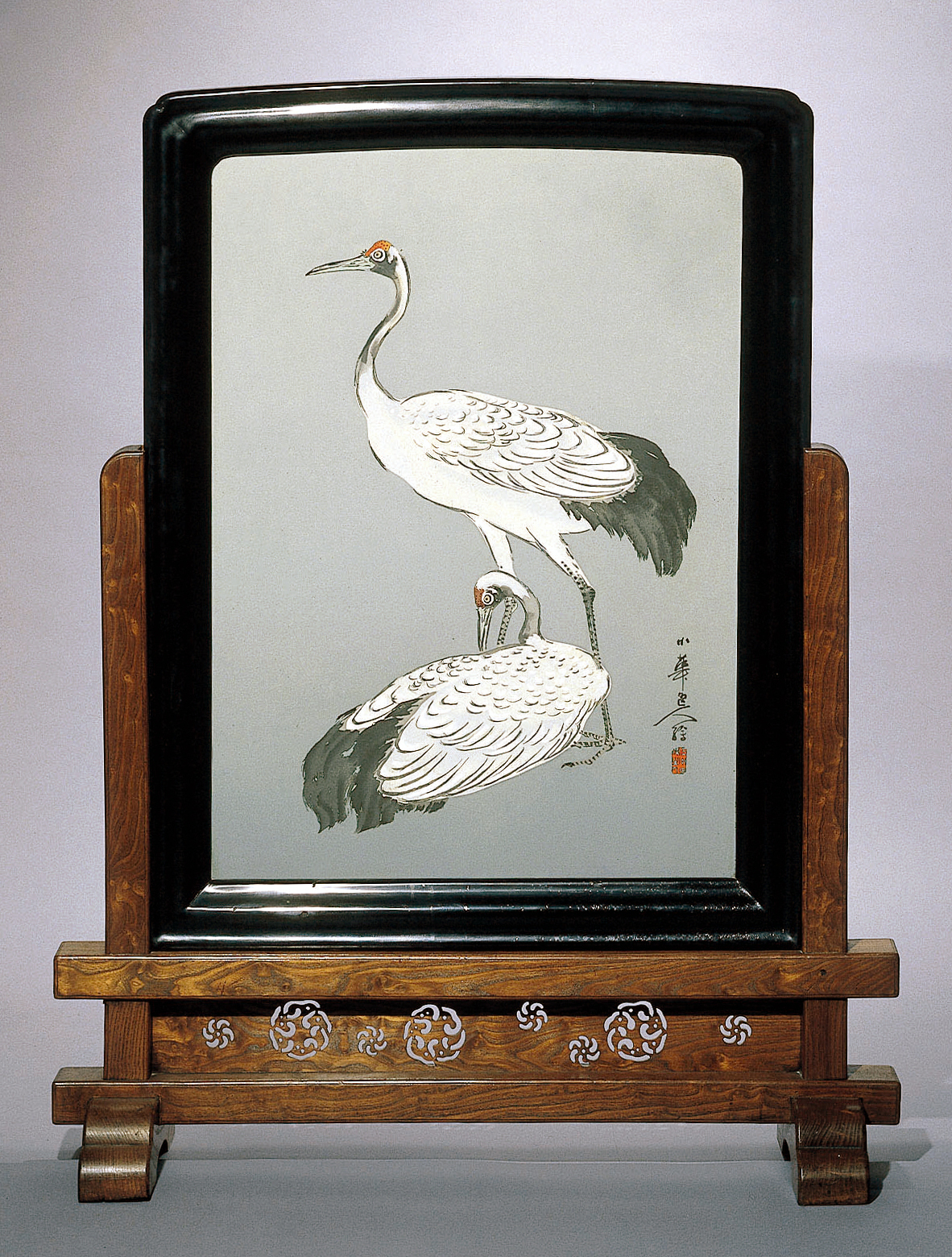 In 1877 a cloisonné enamel factory established at Koshikawa, Tokyo, by H. Ahrens & Co. was taken over by the Shippo Kaisha of Nagoya, which established a second Tokyo factory in 1880. Both units were managed by Namikawa Sosuke and this panel, exhibited in Boston in 1883, is a rare example of his early pictorial style.

Although some of the wires are concealed through the use of the shosen technique, much of the enamelling is worked in the conventional manner inherited from china. Only a few years later Namikawa Sosuke would be producing elaborate pictorial designs with hardly any visible wires (see E 34)