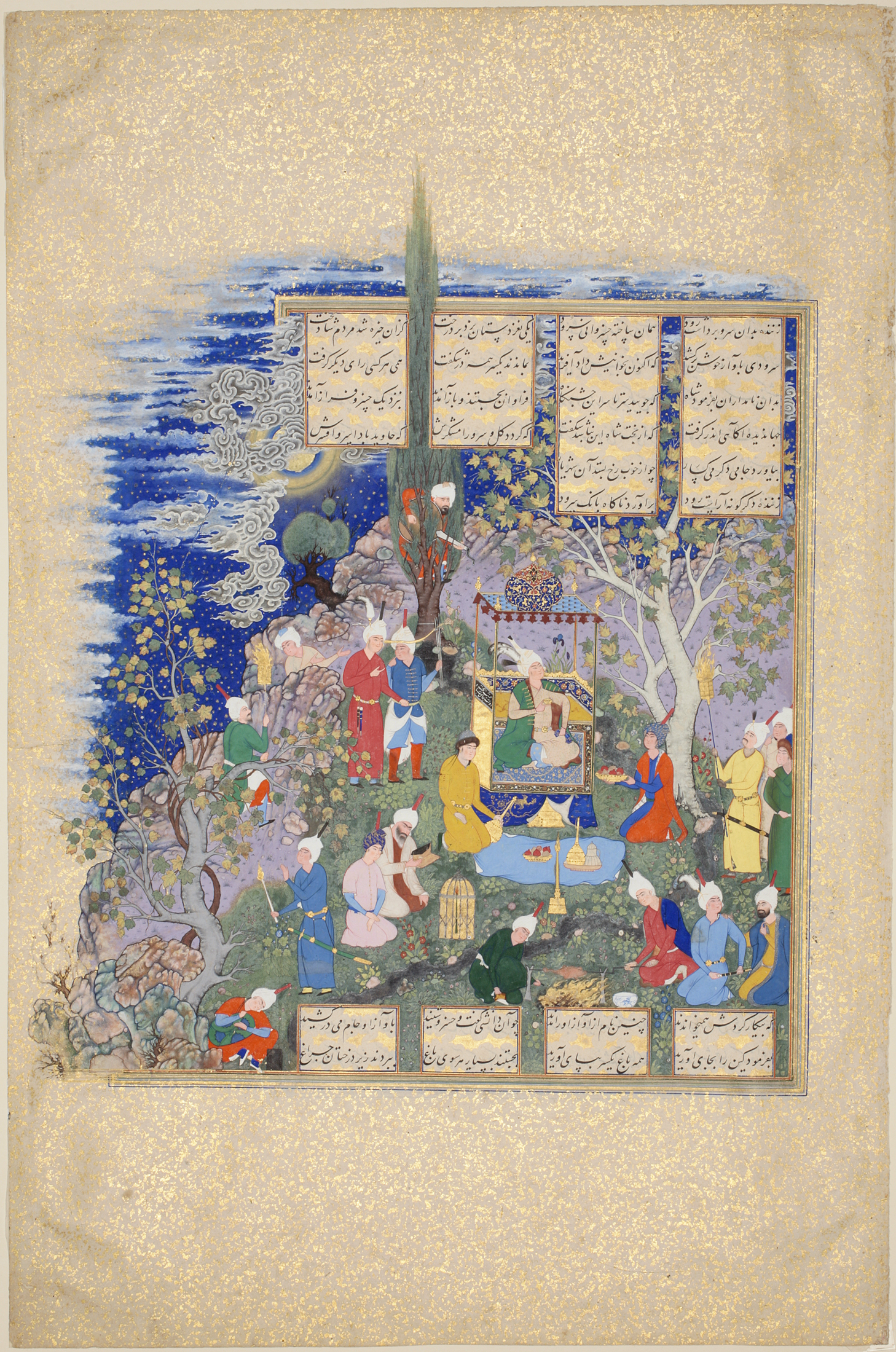 The musician Barbad conceals himself in a tree

The musician Barbad conceals himself in a tree

text copied in a superior nasta‘liq script, with 22 lines to the page, arranged in 4 columns, two to a couplet; heading (on the verso) in riqa‘

The musician Barbad, helped by the royal gardener Marduy, sneaks into the Shah’s Nawruz garden and conceals himself and his lute in a cypress tree, and watches the festivities. As darkness fell, he began to play his lute. Everyone, including the Shah, was entranced. They looked for the musician, even lighting torches, but in vain. Barbad plays another song, and then a third, after which he hears the Shah proclaim that once the minstrel is found he would be honoured as the minstrel of the Shah. This was music to Barbad’s ears: he leaps from the tree and falls at the Shah’s feet.