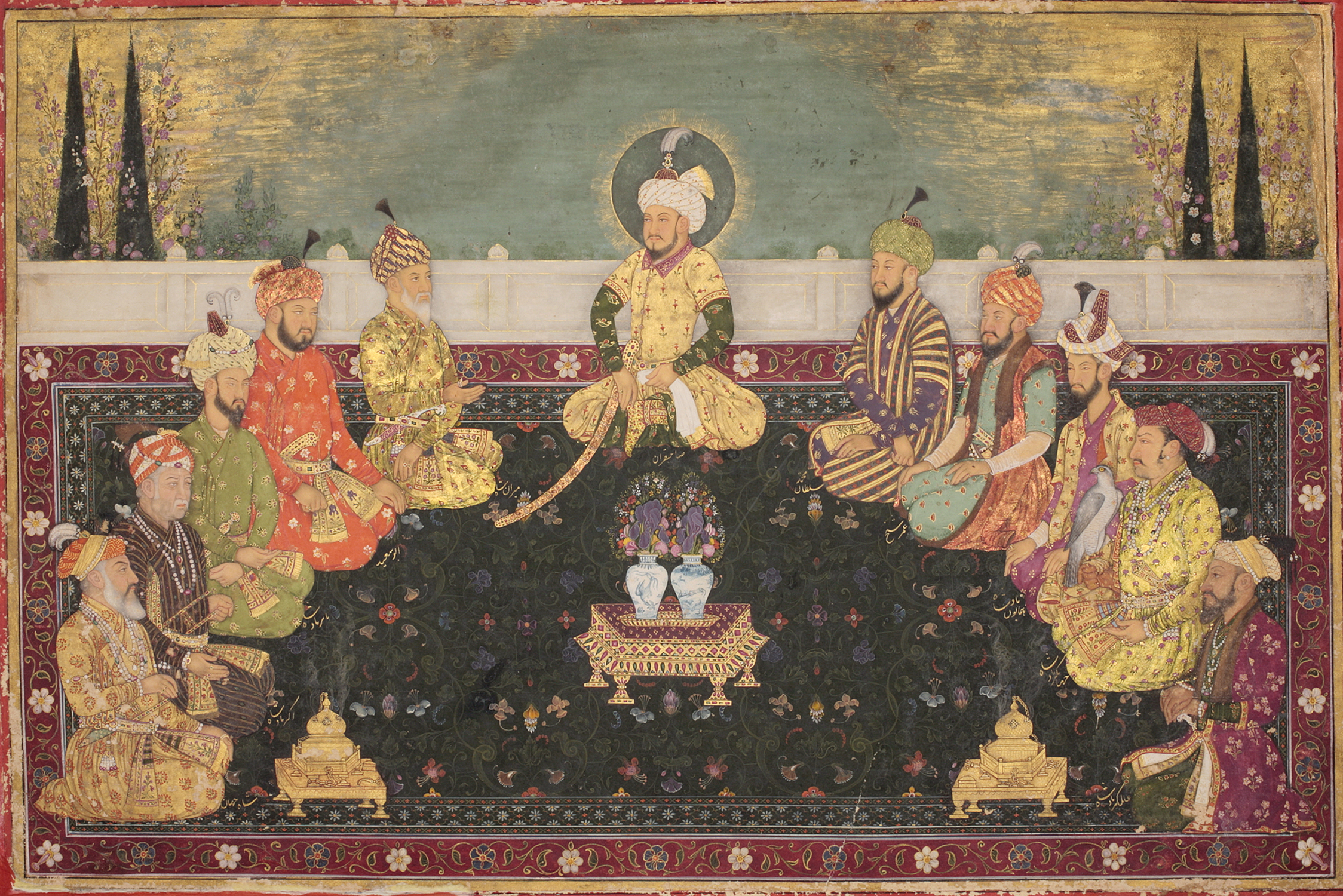 The Rulers of the Mughal Dynasty from Babur to Awrangzeb, with their Ancestor Timur

The Rulers of the Mughal Dynasty from Babur to Awrangzeb, with their Ancestor Timur

ink, gold and opaque watercolour on paper, mounted on card as an album page

panel (on the reverse) written in nasta‘liq script

In this group portrait Timur, his head ringed by a great halo, occupies the place of honour. The remaining figures are identified in gold. Those on his right are the Mughal emperors Shah Jahan, Akbar and Babur, with Abu Sa‘id, ruler of Samarkand, and Timur’s son, Miranshah. On his left are the Mughal emperors Awrangzeb, Jahangir and Humayun, and two of Timur’s other sons, ‘Umar Shaykh and Muhammad Sultan. The Timurid princes are distinguished by the greater simplicity of their dress, whereas the Mughals have richly jewelled weapons and belts which reflect the changing fashions of their courts.

The scene is a broad terrace overlooking a garden with cypress trees, introduced into Mughal India in the reign of Jahangir, and spring-flowering prunus. In the foreground are precious objects, including two unusual incense burners shaped like small domed tombs. These are fenced with hexagonal railings which rest on low brass tables. So meticulous is the artist’s approach that smoke rising from the incense burners, as well as covered boxes – presumably for the incense – and tongs, can be seen.

The style of the painting, like its dynastic subject, represents continuity, and Awrangzeb – the latest of the emperors represented here – is the key figure in this scene. Although this is an 18th-century painting, the composition must date from the beginning of his reign (r 1658 – 1707).