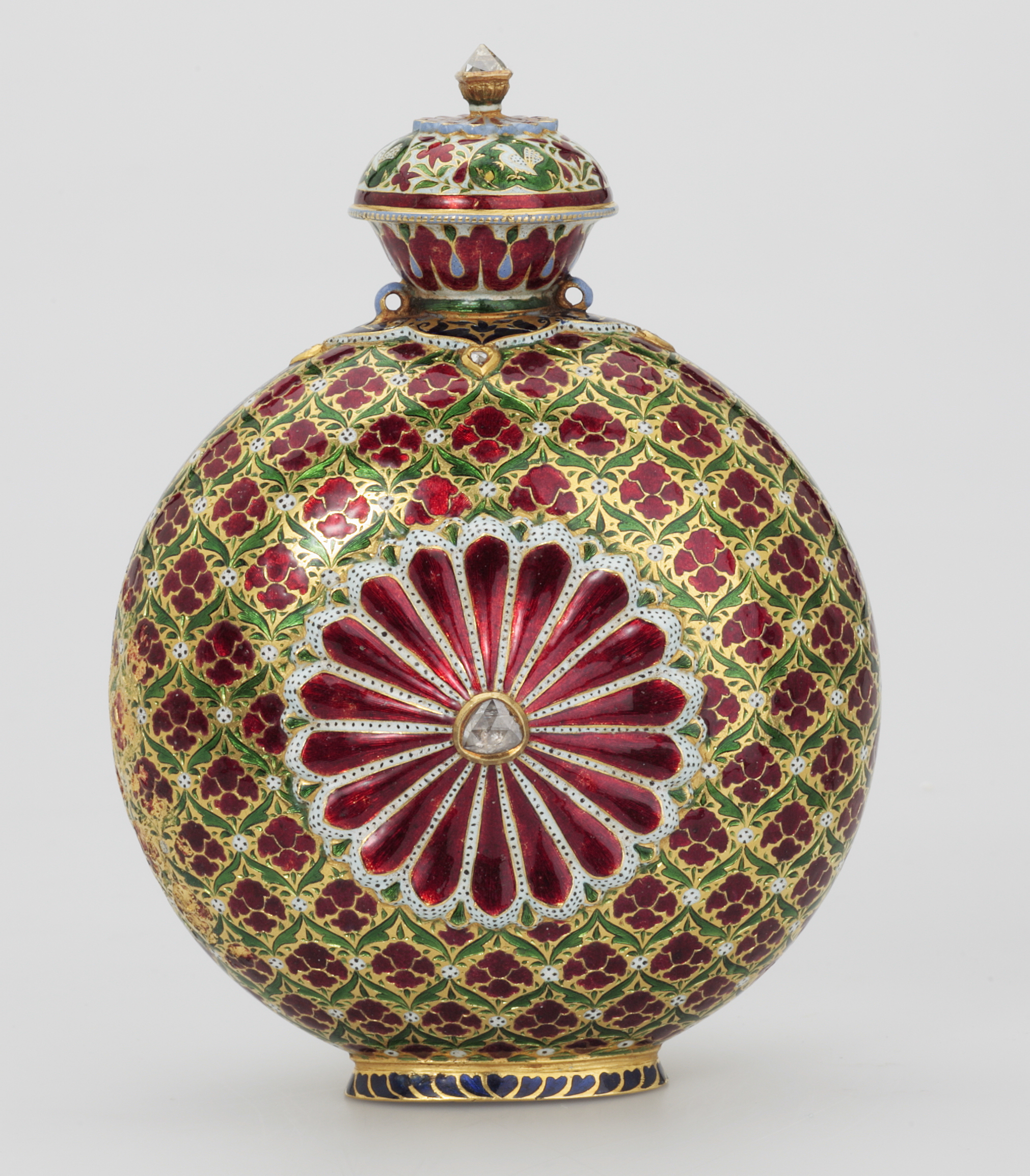 The domed lid has a finial with an uncut diamond in its natural form, an octahedron, which continues an immemorial tradition in the sub-continent going back at least to the 1st century BC and which was likewise adopted by the Mughals for their court jewellery.