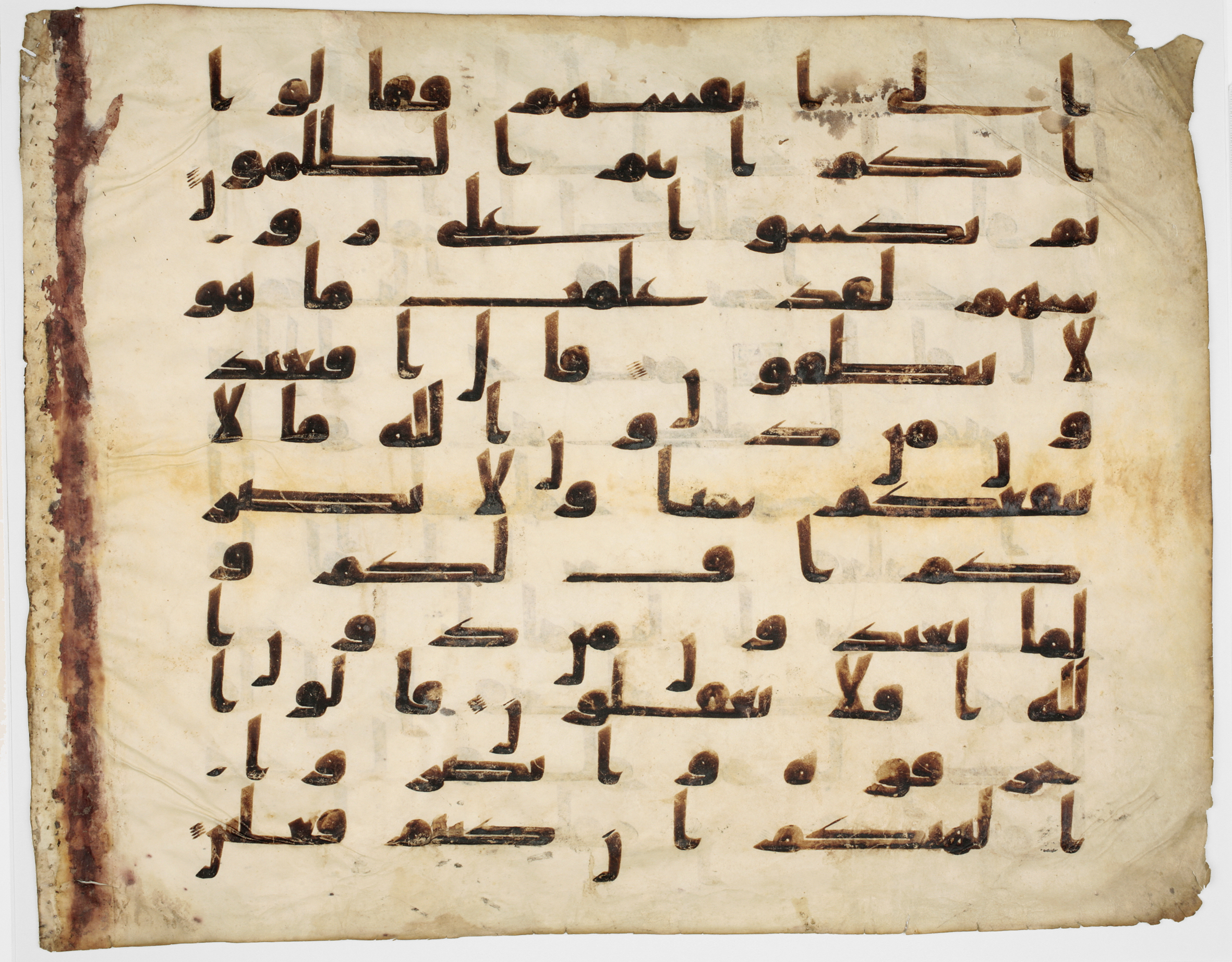 Single Folio from a Large Qur’an

Single Folio from a Large Qur’an

copied in Kufic script; 12 lines to the page

Approximately one third of the copy from which this folio originates, the largest vellum Qur’an known, is in Tashkent, the capital of Uzbekistan. Late in the 19th century it was located in St Petersburg, at which time some of the leaves now in Western collections seem to have become separated from it. The popular tradition that it was written by the third caliph, ‘Uthman ibn ‘Affan, is inherently improbable, but the absence of both diacriticals and vocalization may be an indication that it dates from around 700 AD. The Qur’an is thought to have been written in North Africa.