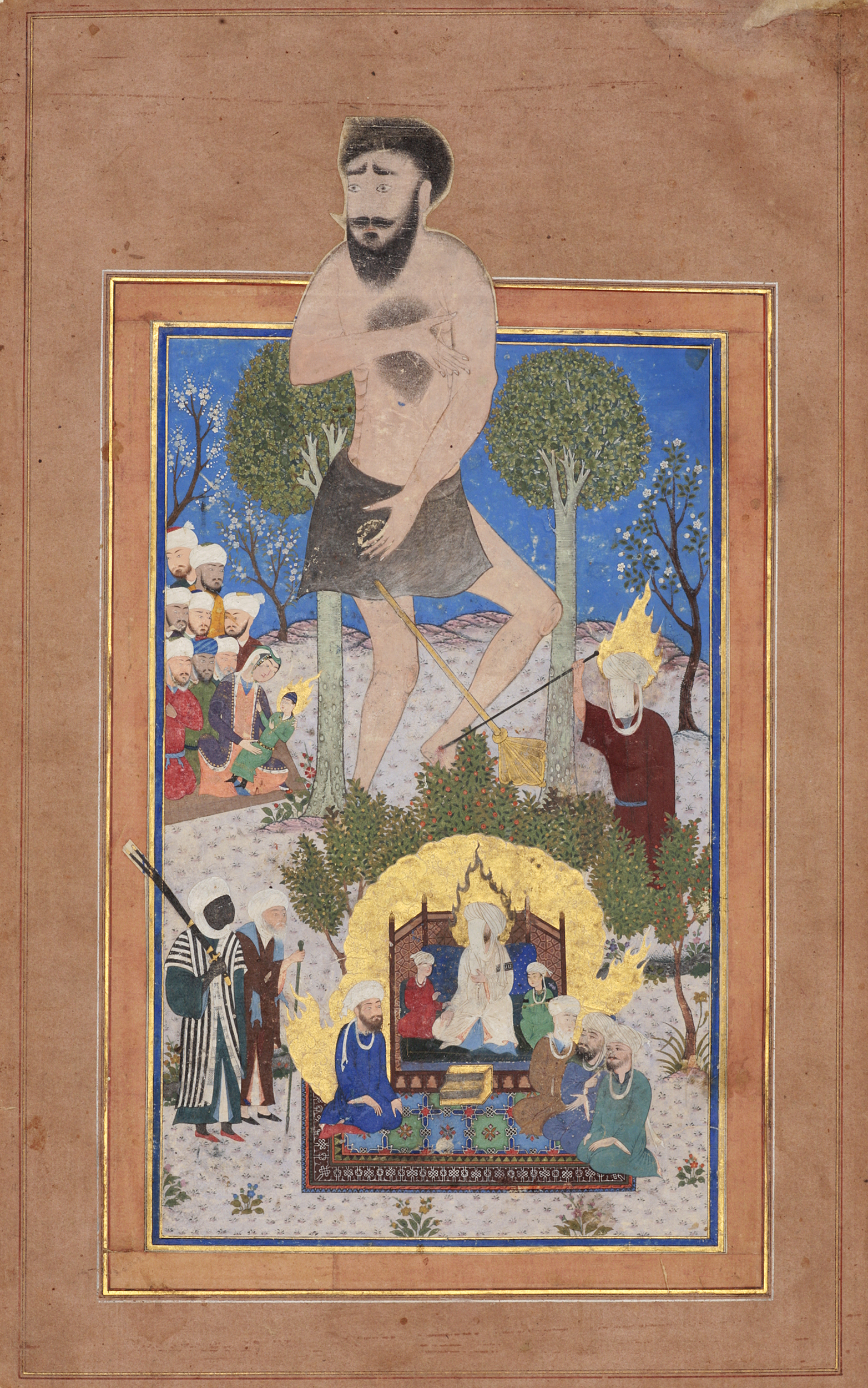 The Giant ‘Uj and the Prophets Moses, Jesus and Muhammad

The Giant ‘Uj and the Prophets Moses, Jesus and Muhammad

‘Uj (the Old Testament Og), who takes up most of the middle ground, was the giant king of Bashan, a son of Cain who lived for 3000 years. Moses smote him on the heel, and his fallen body then bridged the Nile. In the foreground is the Prophet Muhammad with his face veiled, shown with male members of his family and some of his companions, including the Ethiopian Bilal, who gave the first call to prayer. In the background are Mary and the infant Jesus. The painting has been cut out from the original folio and mounted as an album page.

The stories of Old Testament patriarchs and prophets, which had gained many picturesque details in the later Rabbinic Jewish tradition, were embellished in the early chronicles of Islam and in the later Middle Ages became popular works of pious edification. One such manuscript was the Qisas al-Anbiya‘ (Stories of the Prophets’), and it is possible that this painting was originally the right-hand half of a double frontispiece to a copy of the work.