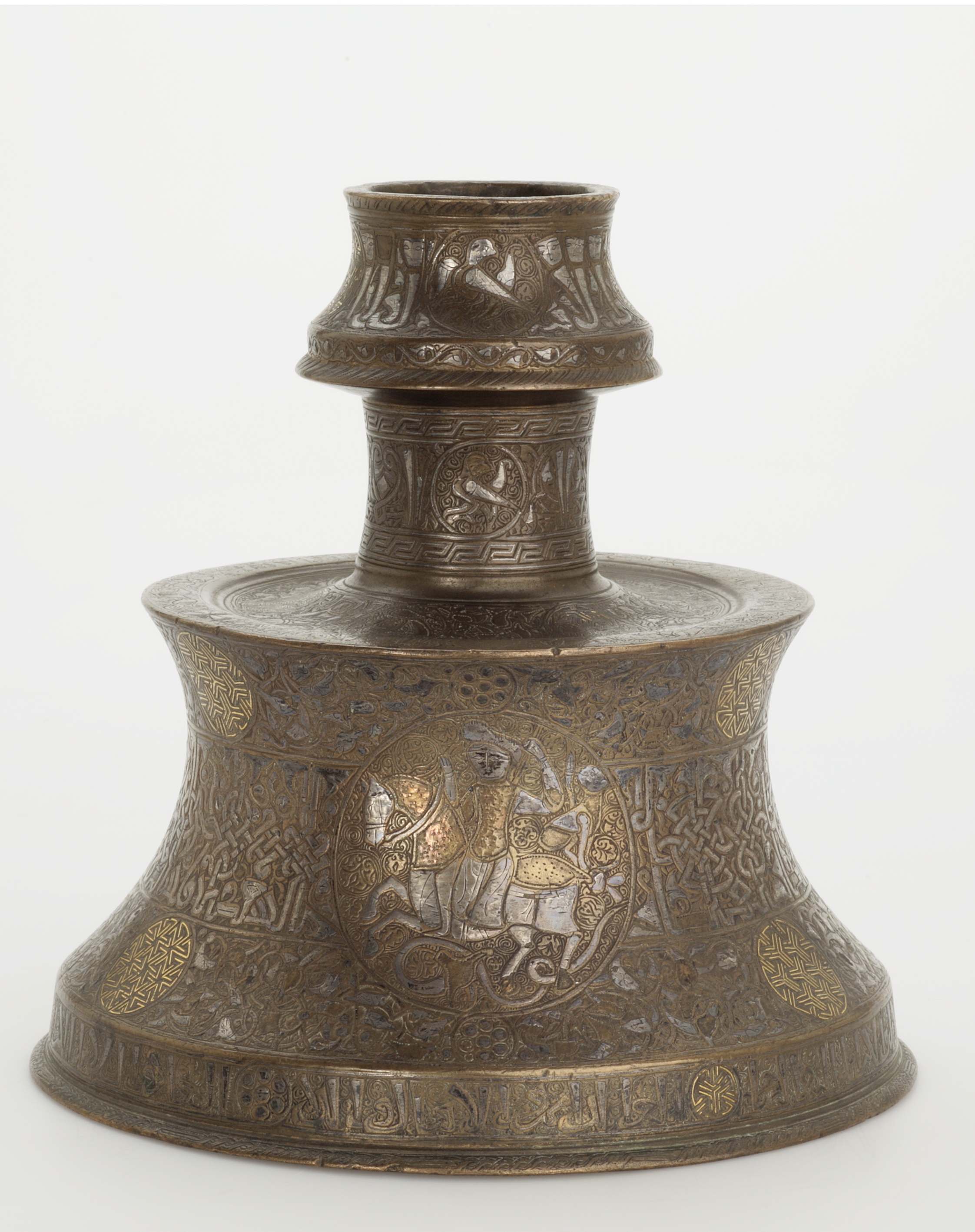 The profile is typical of 13th-century candlesticks known to have been made at Siirt in south-eastern Turkey, but this example was almost certainly made elsewhere in the Seljuk sultanate of Rum, and the rich decoration suggests that it might have been made in the capital, Konya.

The body bears three large medallions of mounted huntsmen, one trampling a serpent, with a cheetah riding pillion on his steed, and one with a falcon. Between are bands of benedictory inscription in elaborately plaited Kufic with gold zigzag medallions above and below flanked by fine animal-headed (waqwaq) scrolls, with seated figures and roundels of eagles stooping on birds in the background.