Among the most gifted Mughal craftsmen were lapidaries who from the 17th century excelled in the art of making precious objects, notably in jade. Thanks to the kundān technique, they were able to inlay hardstones with precious stones as well as with enamels, as seen in this dish. The motifs derive from 17th century Mughal models, but their stiffness and lack of naturalism indicate a more recent period of manufacture. 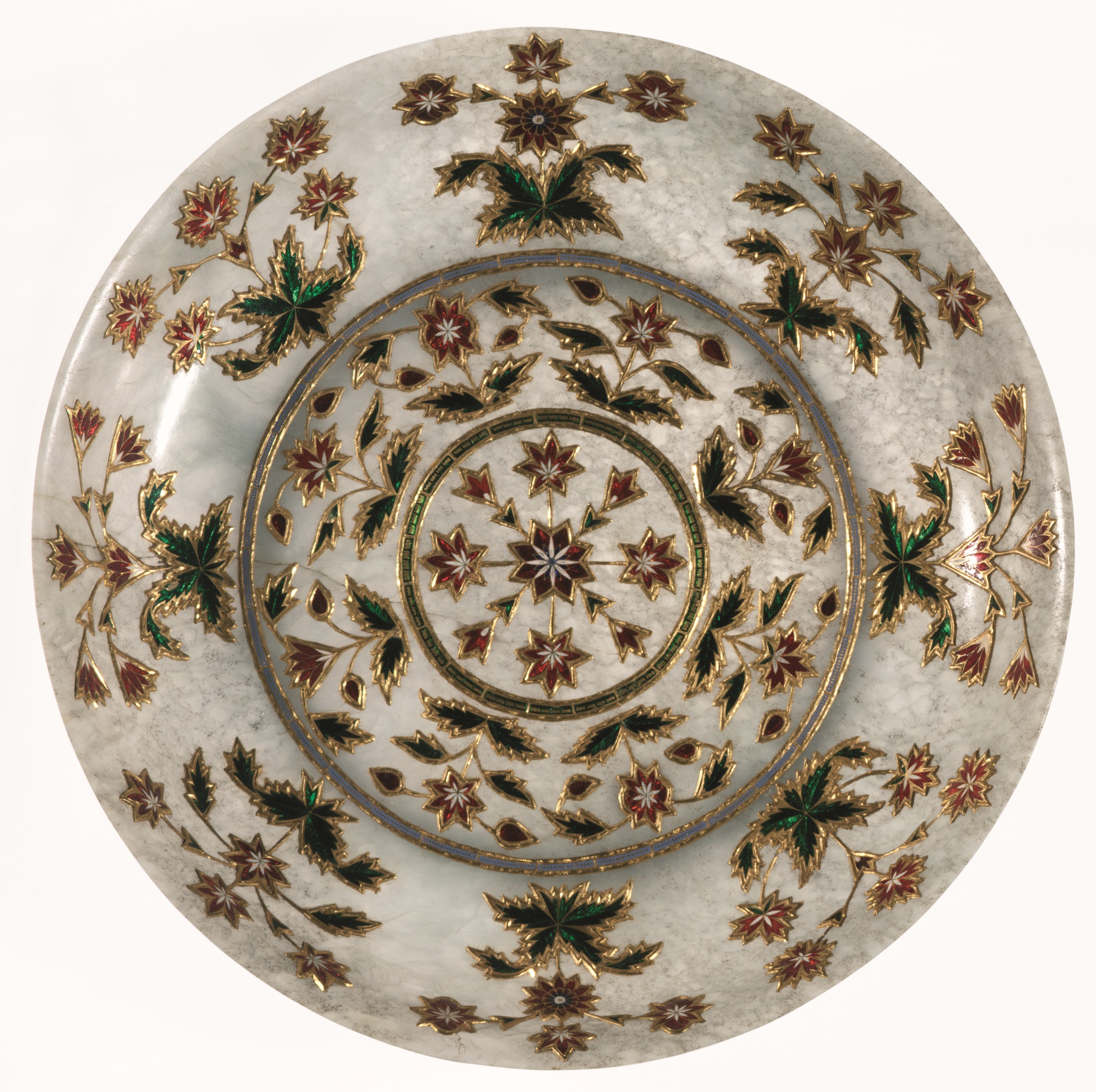