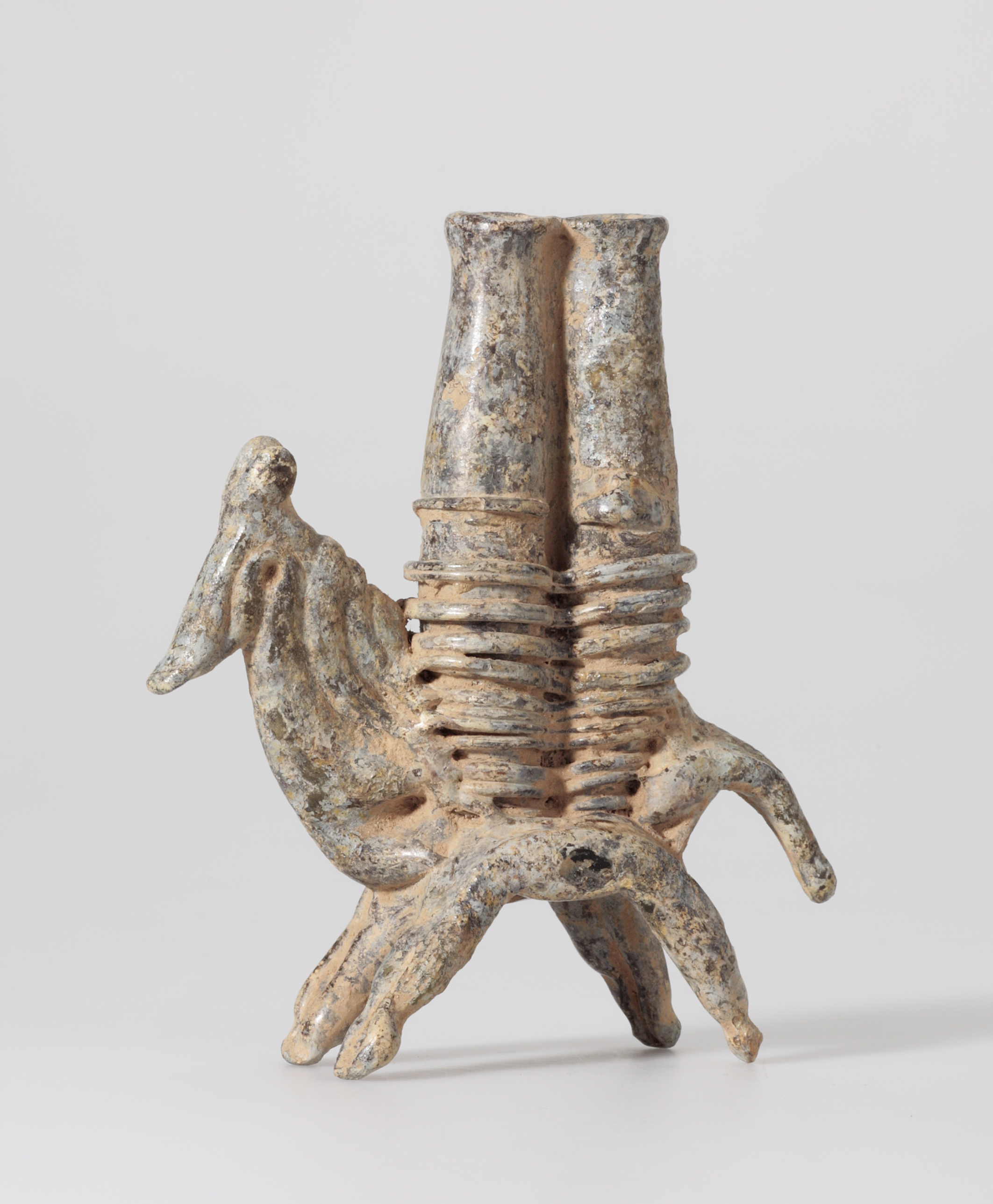 clear glass with a yellowish tinge, blown and tooled with trailed decoration of reddish glass

This shape is typical of Syrian containers for ointments (unguentaria) or for balsam (balsamaria), which could be single or double, as in this example, and were widely exported from the Roman period onwards. They contained scented pastes (scents in Islam and the ancient world were solid, not liquid) or aromatic substances dissolved in oil, such as chrism or balsam, which were esteemed for their therapeutic properties and exported particularly from Mecca. The balsam came north with the incense trade, brought by camel caravans from Arabia Petraea to the ports of the Syrian coast, so the use of a camel support for the twin flasks is picturesquely appropriate.