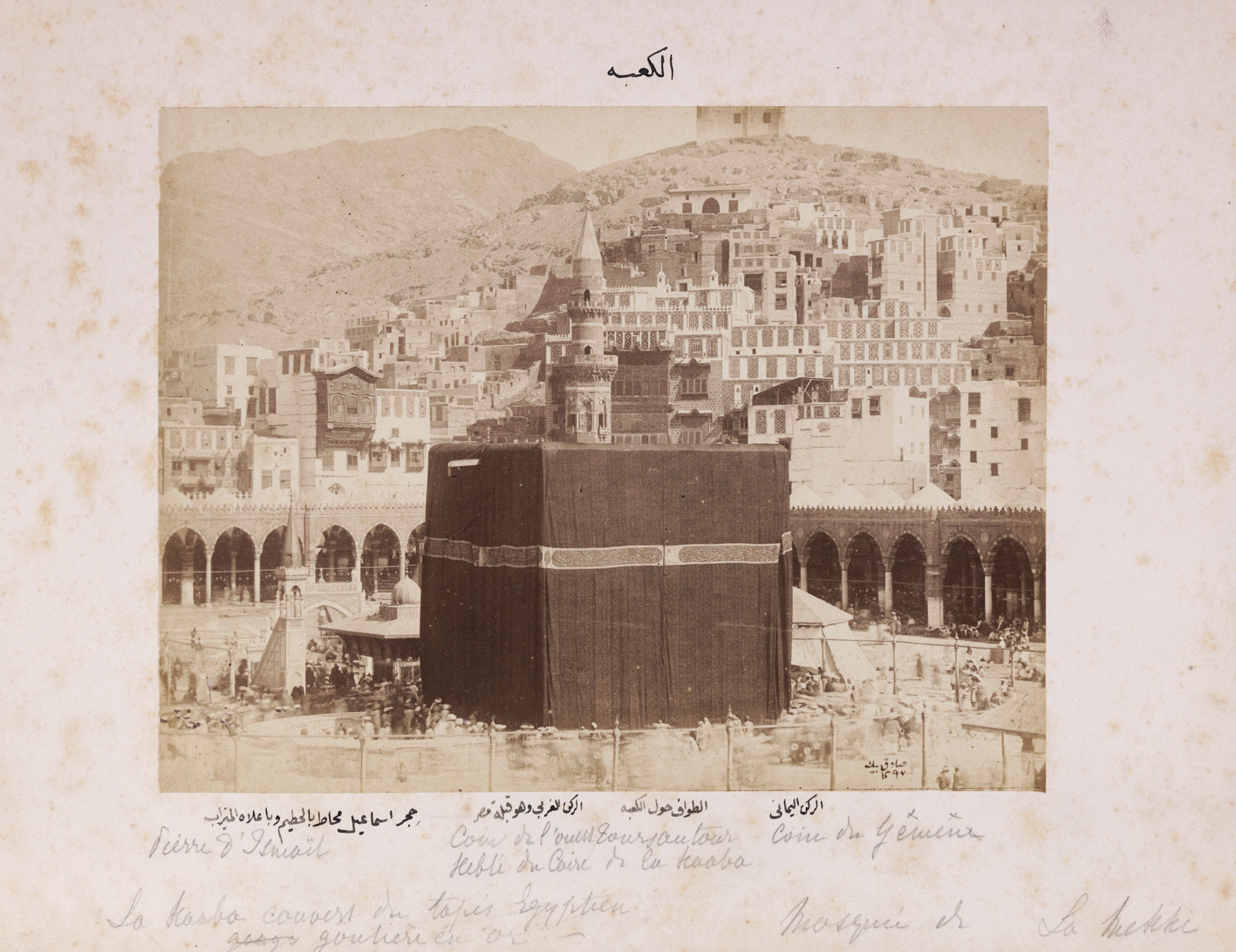 Muhammad Sadiq Bey was the first person to take photographs of Mecca, Medina and the Hajj. An Egyptian army engineer and surveyor, he was also the treasurer of the Egyptian Hajj caravan, travelling numerous times to the Hijaz. Using a technique first invented in the 1850s, Sadiq Bey took his first photographs in 1861 using glass plate negatives, especially useful for large-format frames. His most important photographs, of both the buildings and interior of the sanctuaries at Mecca and Medina, as well as sites at Arafat and Mina, were taken in 1880 and 1881. For the first time, the pilgrimage and the holy cities were precisely and realistically documented. Sadiq Bey’s photographic achievements were recognized by both the Arab and European world and in 1881 he won a gold medal at the Venice Geographical Exhibition. He published two important works: The Mash‘al al-Mahmal (‘The Torch of the Mahmal’) in 1881, and Dalil al-Hajj (‘The Guide to the Hajj’) in 1896, both of which included his photographs and observations of his journeys. This view of Medina shows the Bab al-Shami on the North side of the city. Built within the city’s stone wall, the large gateway was one of three that allowed access into the town. In the centre of the photograph is the green dome built above the tomb of the Prophet Muhammad. This photographs shows the Ka‘bah surrounded by pilgrims performing the tawaf. The mizab (rainwater spout) is clearly discernable at the top of the Ka‘bah, whilst the Mosque of Bilal can be seen high upon the hilltop behind.