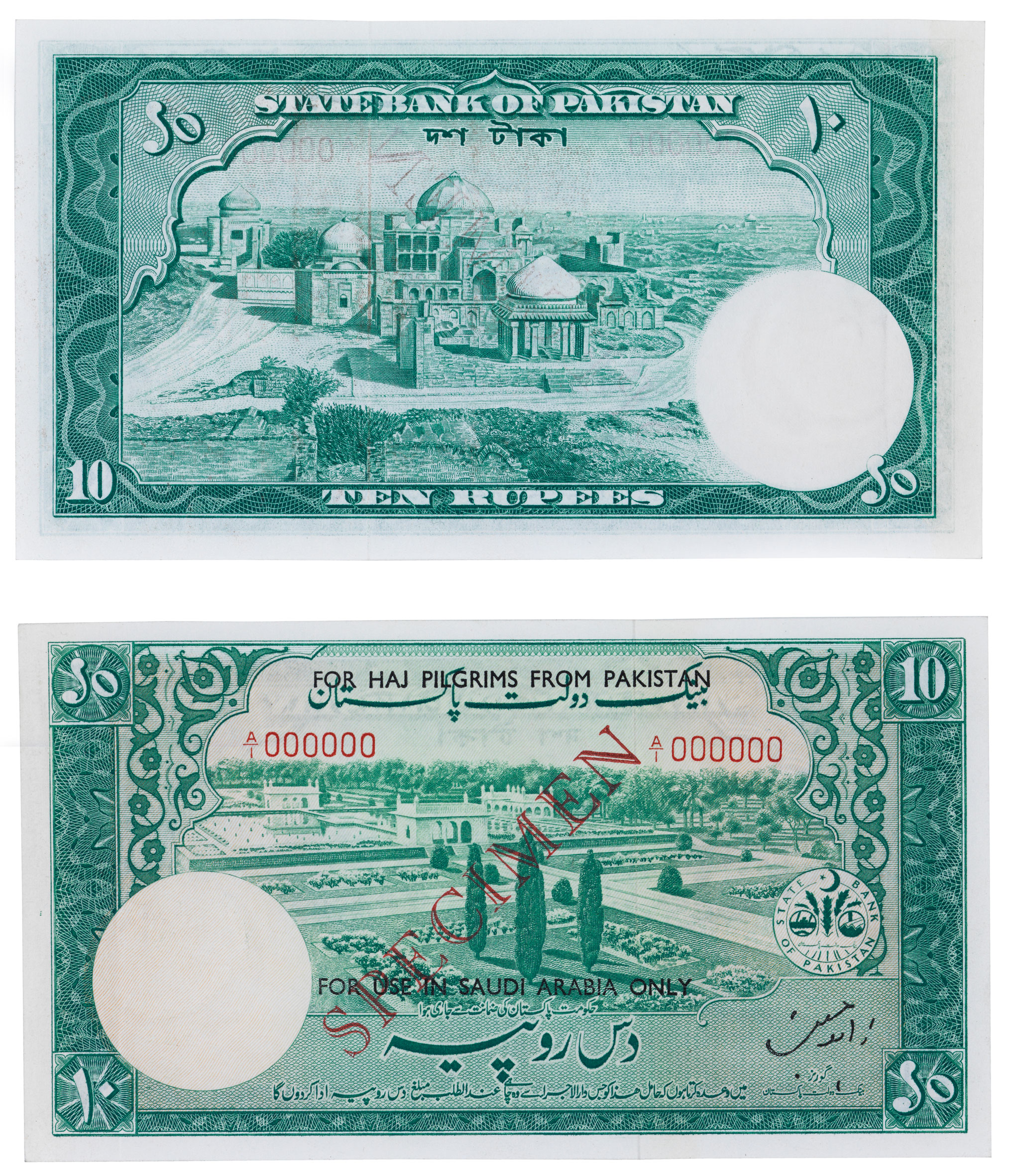 Issued by the State Bank of Pakistan

This specimen Hajj banknote from Pakistan is numbered A1-000000 and is the first 10 rupee banknote to be made specifically for pilgrimage to Mecca, following on from the 100 rupee first issue printed in 1950. Specimen banknotes, such as this, were printed in limited quantities to help banks recognise notes from countries other than their own. In this case, the Saudi Arabian authorities would have received such a specimen banknote in order to facilitate recognition of the design of the new 10 rupee note. Hajj banknotes were produced by Pakistan after independence from India in 1947. During the 1950’s the State Bank of Pakistan issued the Hajj banknote

partly as a way of providing an easy exchange facility for pilgrims travelling to Mecca. The use of Hajj notes continued until they were withdrawn in 1994. During this period it helped to control the illegal export of Pakistani currency via Mecca during the Hajj season.