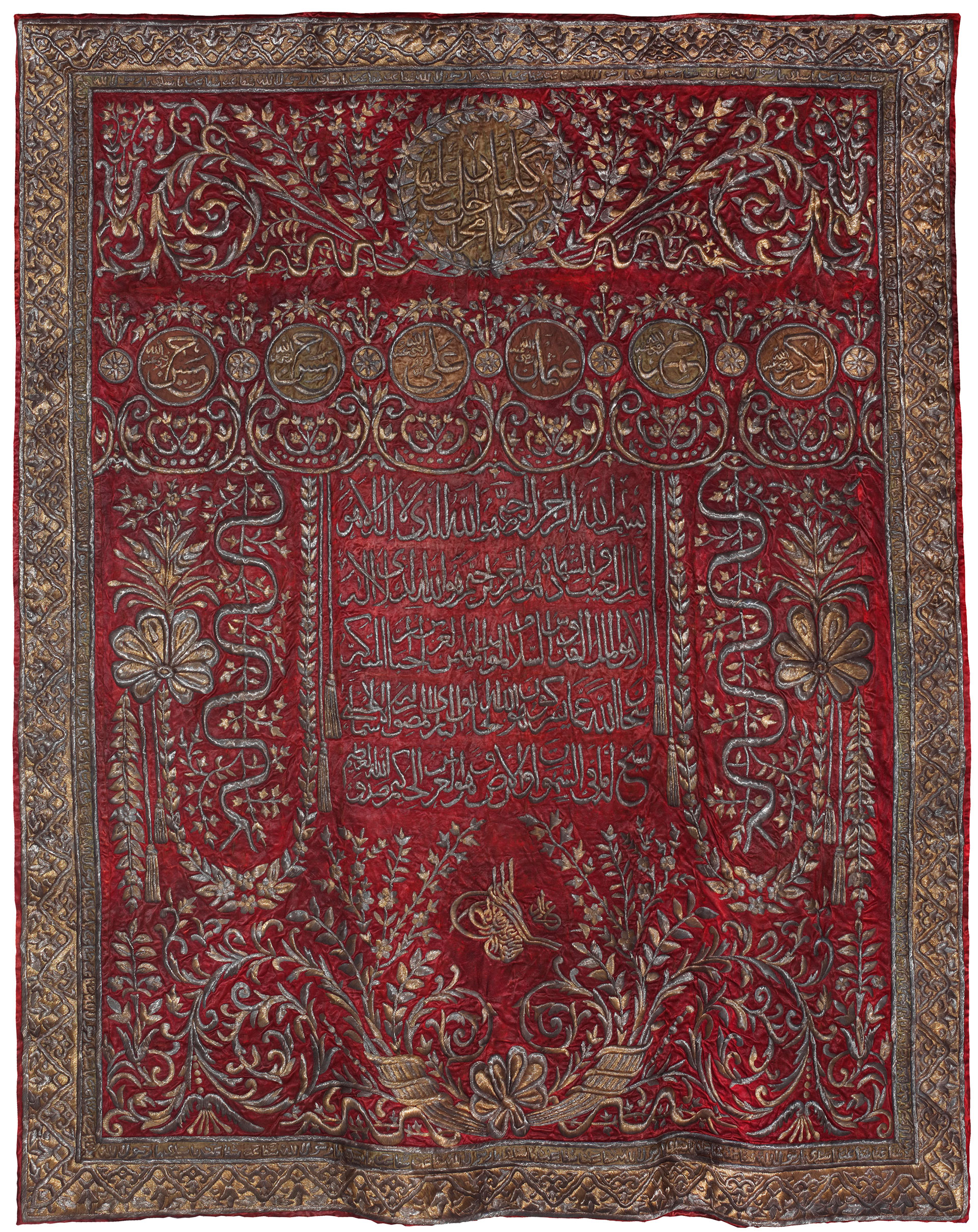 The roundel at the top of the sitarah is inscribed with Qur’an, Surat Al ‘Imran, III, part of verse 37. As the same text is inscribed above the Prophet’s mihrab, it is more than likely that this sitarah was made for it. Below this is a row of six small roundels with the names of Abu Bakr, ‘Umar, ‘Uthman, ‘Ali, Hasan and Husayn, followed by a panel with Qur’an, Surat al-Hashr, LIX, verses 22–4. The tughra of Sultan Mahmud II and his soubriquet ‘adli (‘The Just’) are between the two cornucopias in the lower section of the sitarah. Between the main field and the heavily embroidered outer border is a narrow band inscribed with a repeating supplication for the Prophet’s intercession.