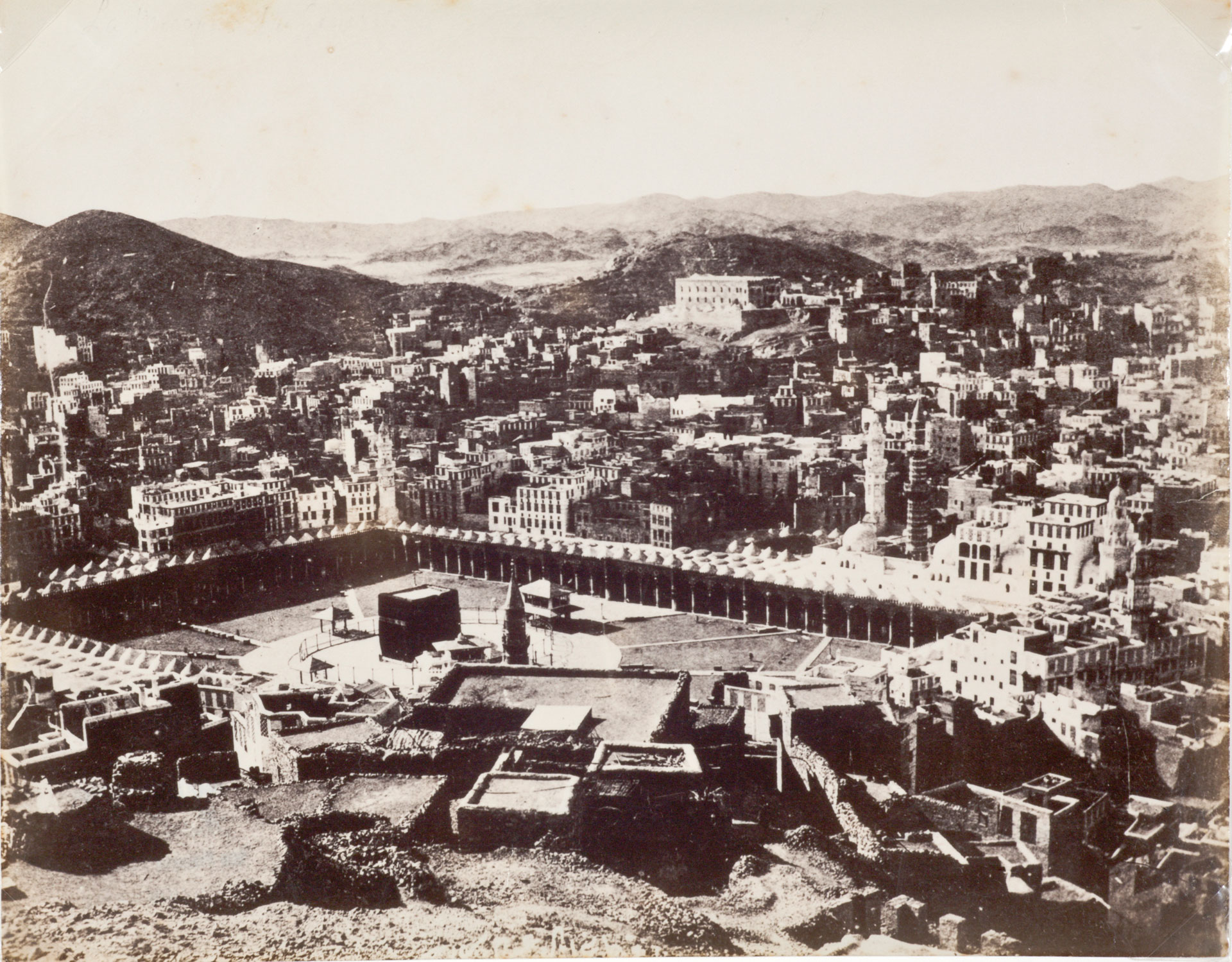 Christiaan Snouck Hurgronje was a Dutch Orientalist scholar who in 1884 travelled to Jeddah with the intention of performing the Hajj. Whilst in Mecca he studied the people and the city and took numerous photographs and sound recordings. Although he stayed in Mecca for a time, he was unable to perform Hajj. In 1888 he published the Bilder-Atlas zu Mekka, which consists of 75 loose plates, including important photographs of the residents of Mecca.