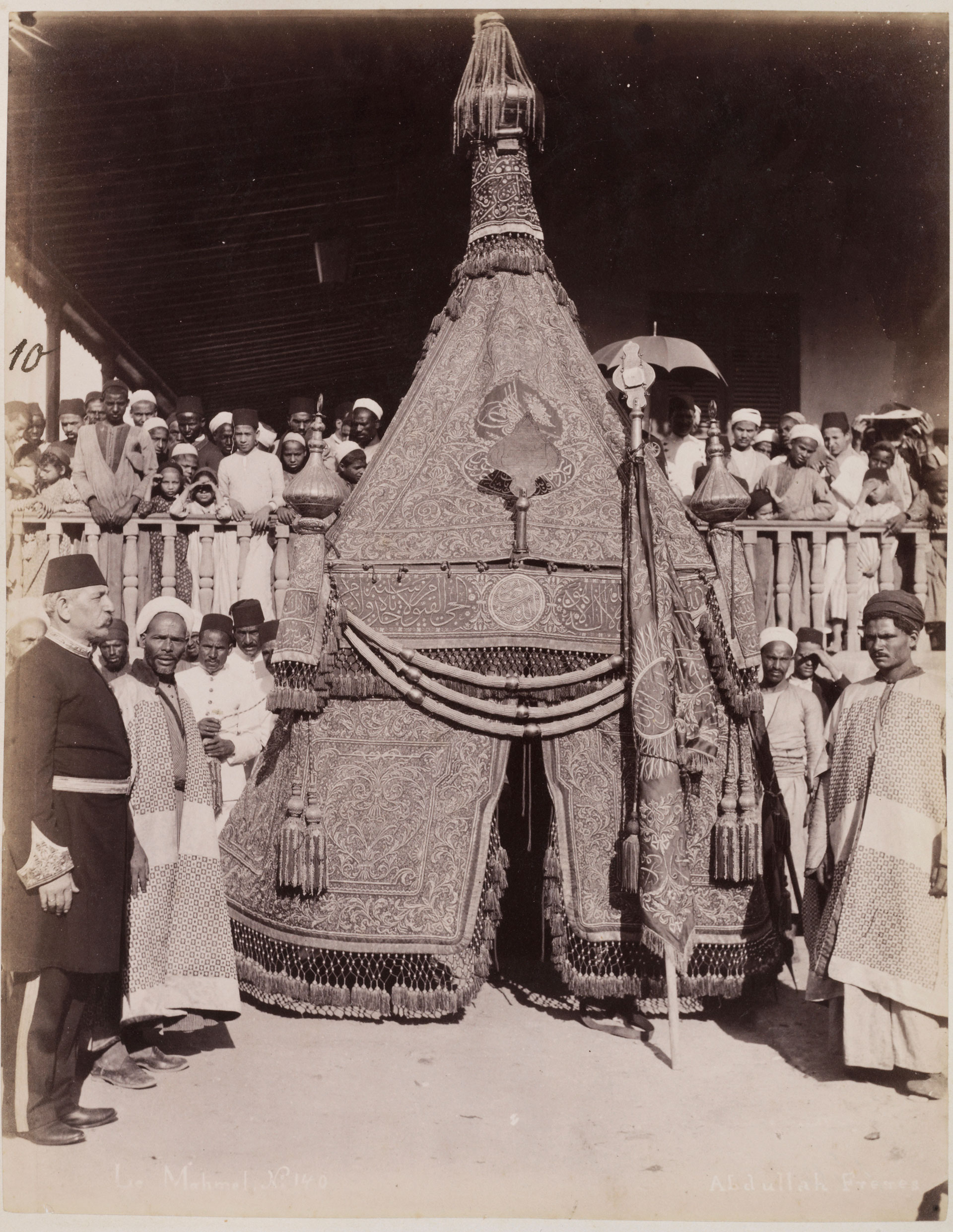 Abdullah Frères were three Ottoman Armenian brothers who ran a photographic studio in Istanbul, Cairo and Izmir. In 1862 the three brothers were named official royal photographers to the Ottoman court with the entitlement to use the royal monogram. Their studio operated between 1858-99 and while they were appointed to photograph Sultan ‘Abdulaziz and Sultan ‘Abdulhamid II, they were also commissioned to document aspects of the Ottoman Empire. Visible on the mahmal is the date 1304 AH, with part of the name of the Khedive Muhammd Tawfiq, meaning that the Mahmal was sent by order of Sultan ‘Abdulhamid II.