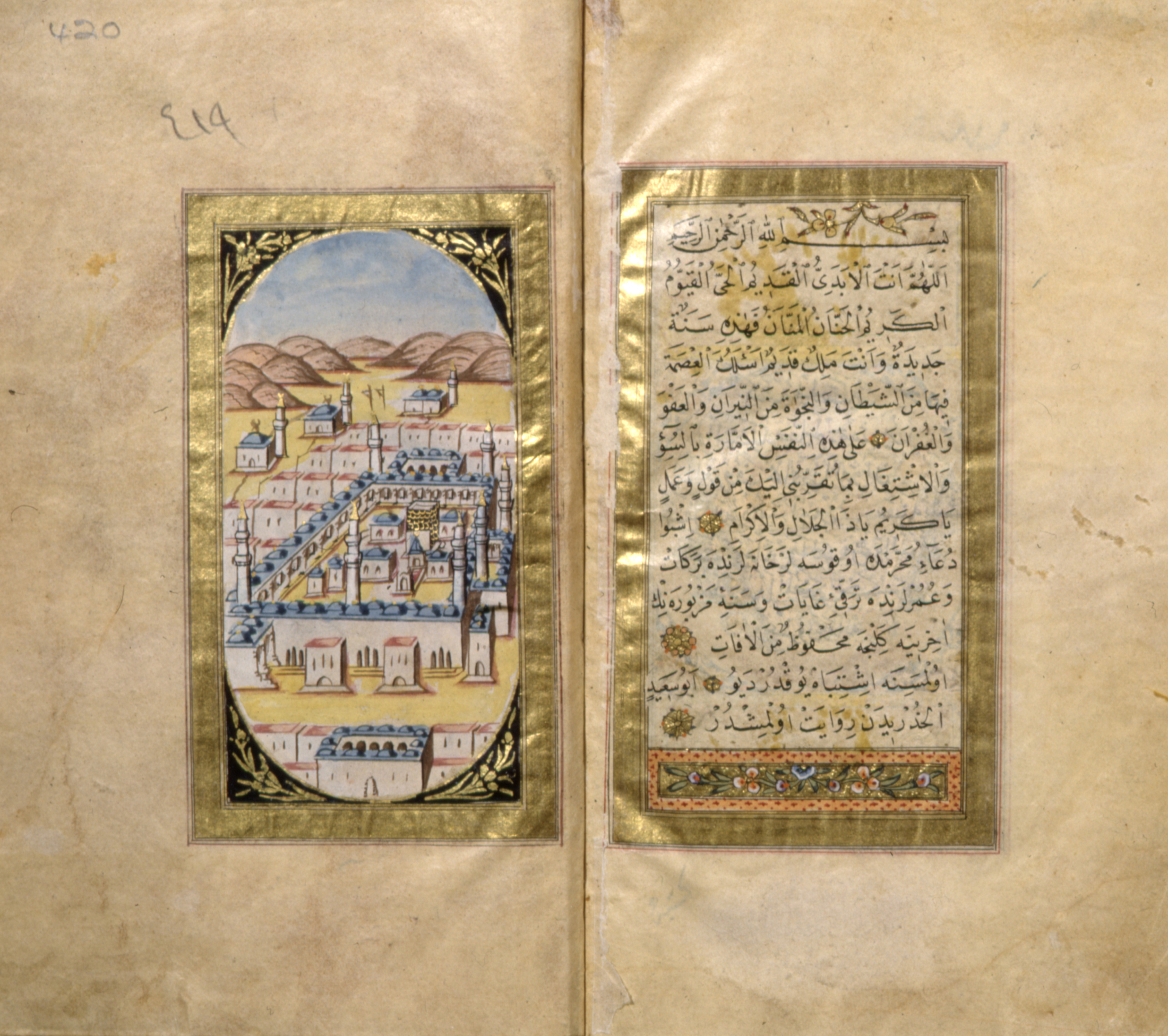 Istanbul or the Ottoman provinces

Istanbul or the Ottoman provinces

In his younger days, Sayyid Salih Chemshir (‘Boxwood’) had led his life in a very dissolute manner, but with the passage of time he repented and set about making up for his misdeeds. His sense of guilt may well have been the driving force behind his very high rate of Qur’an copying: he is reported to have written between 366 and 454. According to the colophon of this Qur’an, written some 20 years before his death, this is the 125th copy that he had completed.

The presence of a painting of the Holy Sanctuary at Mecca in a manuscript of the Qur’an is highly unusual. It follows a short prayer celebrating the arrival of the New Year at the end of the manuscript.