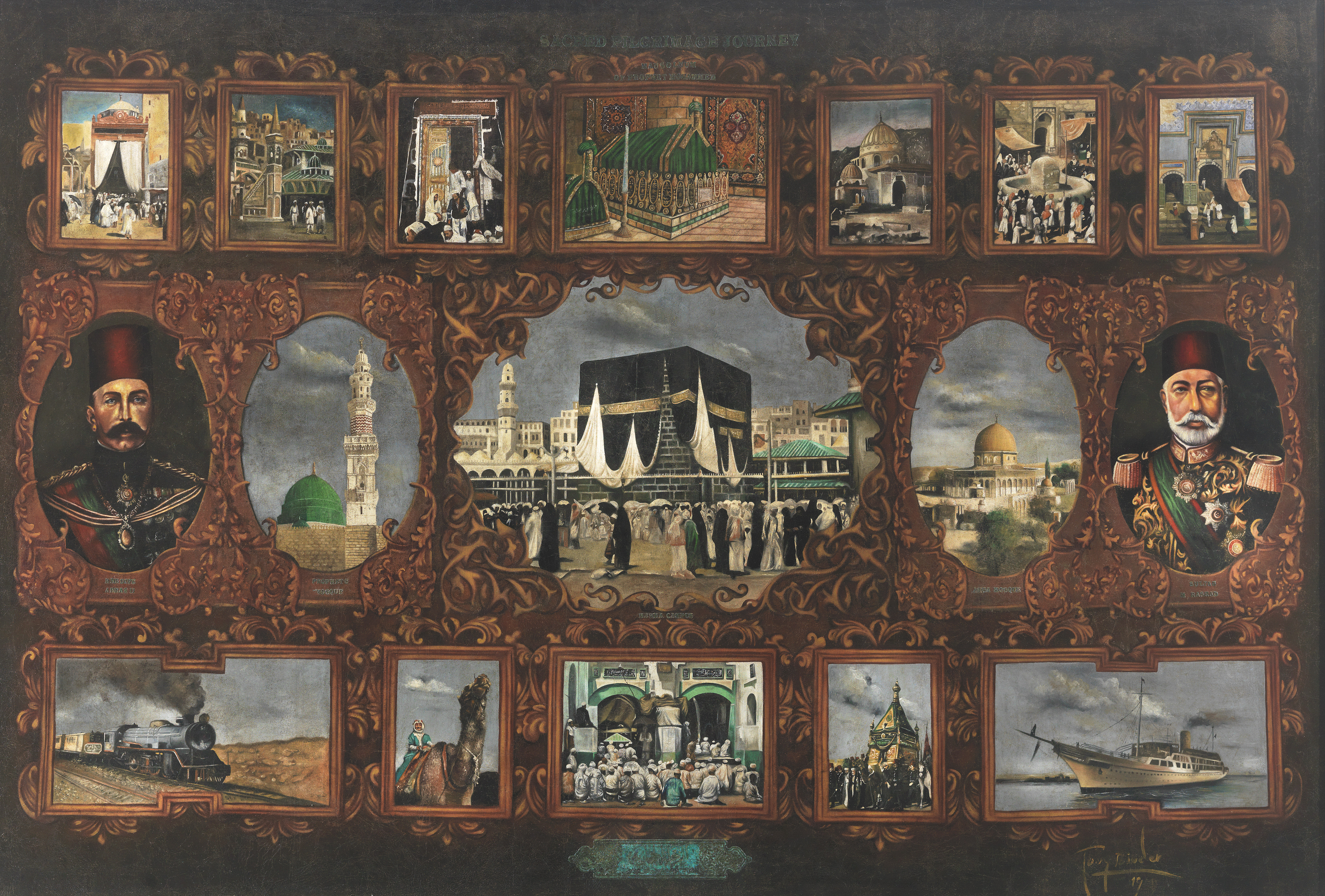 oil on canvas; some titles in découpage

According to a plaque below the images, the painting depicts the pilgrimage of ‘Abbas Hilmi II, the Khedive of Egypt, which he performed in 1909. His portrait is on the left; on the right is that of Mehmed V Rashad, the contemporary Ottoman sultan. To the left and right of the Ka‘bah, which occupies the centre of the painting, are depictions of the Mosque of the Prophet in Medina and the Dome of the Rock in Jerusalem. Many of the remaining images are based on photographs of the hajj published in the July 1953 issue of National Geographic.