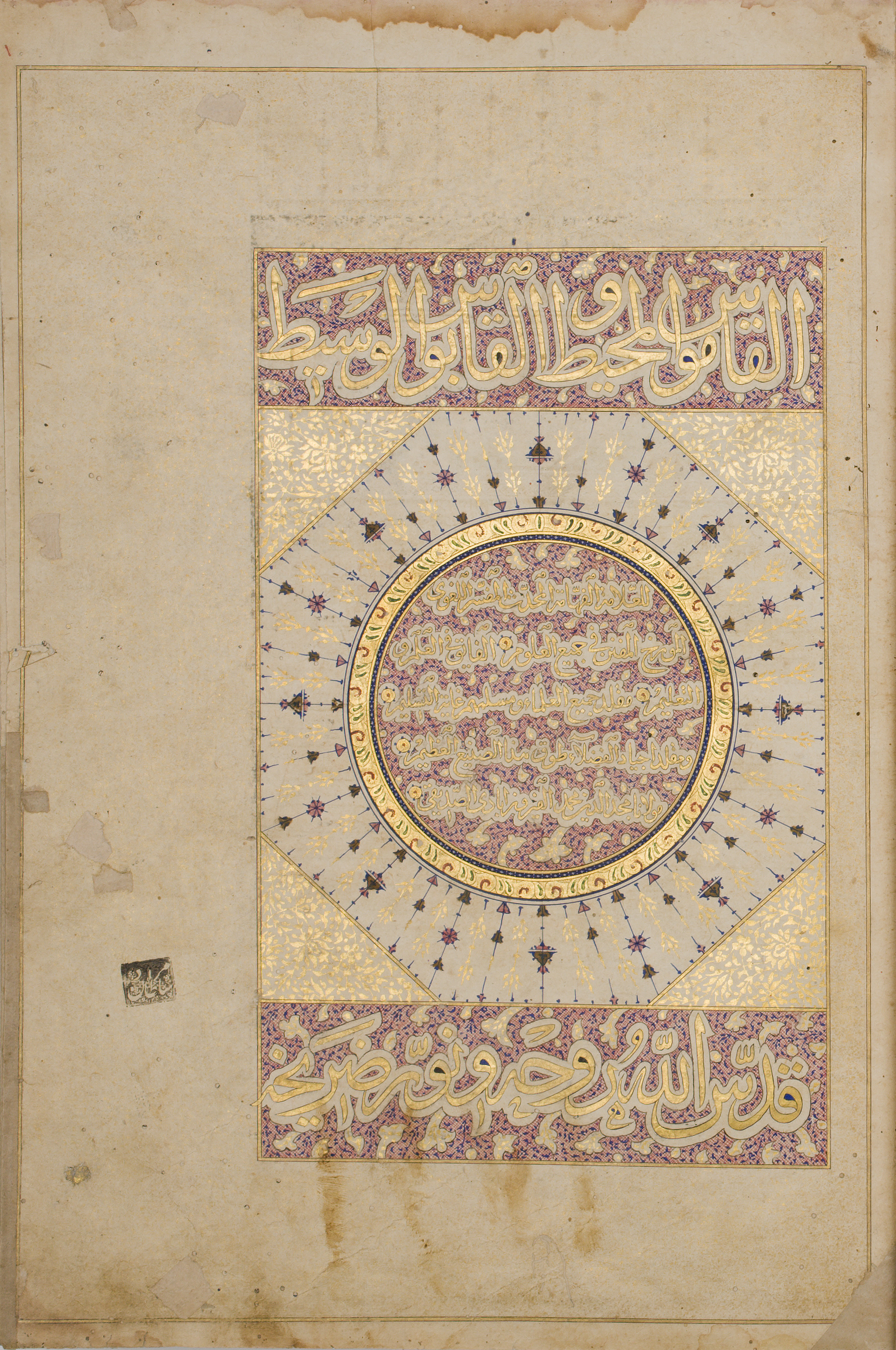 Abu Tahir Majd al-Din Muhammad  bin Ya‘qub bin Muhammad bin Ibrahim al-Shirazi al-Firuzabadi was born in Kazarun, near Shiraz, in 1329. He was educated in Shiraz as a young boy, then in Wasit and Baghdad. He travelled widely visiting Iraq, Damascus, Cairo, Asia Minor and India among others. His long life can be divided into three main periods spent in Jerusalem, Mecca and the Yemen. His famous lexicon, al-Qamus al-muhit wa’l-qabus al-wasit, was completed in his house in Mecca (at Safa). He later travelled to the Yemen, where he was well received by its ruler al-Ashraf Isma‘il, who appointed him chief qadi of the Yemen. He settled in Zabid where he died in 1415. While in Zabid, he revisted Mecca and Medina several times.

This is a finely illuminated and beautifully written copy of the work. It is bound in with the Ghunyat al-adib wa munyat al-’arib mukhtasar sihah al-Jawhari (an abridgement of the Sihah of al-Jawhari, a treatise on the Arabic language) by Abu’l-Karam ‘Abd al-Rahim ibn ‘Abdallah ibn Shakir ibn al-Muzhahhar al-Ma‘dani.