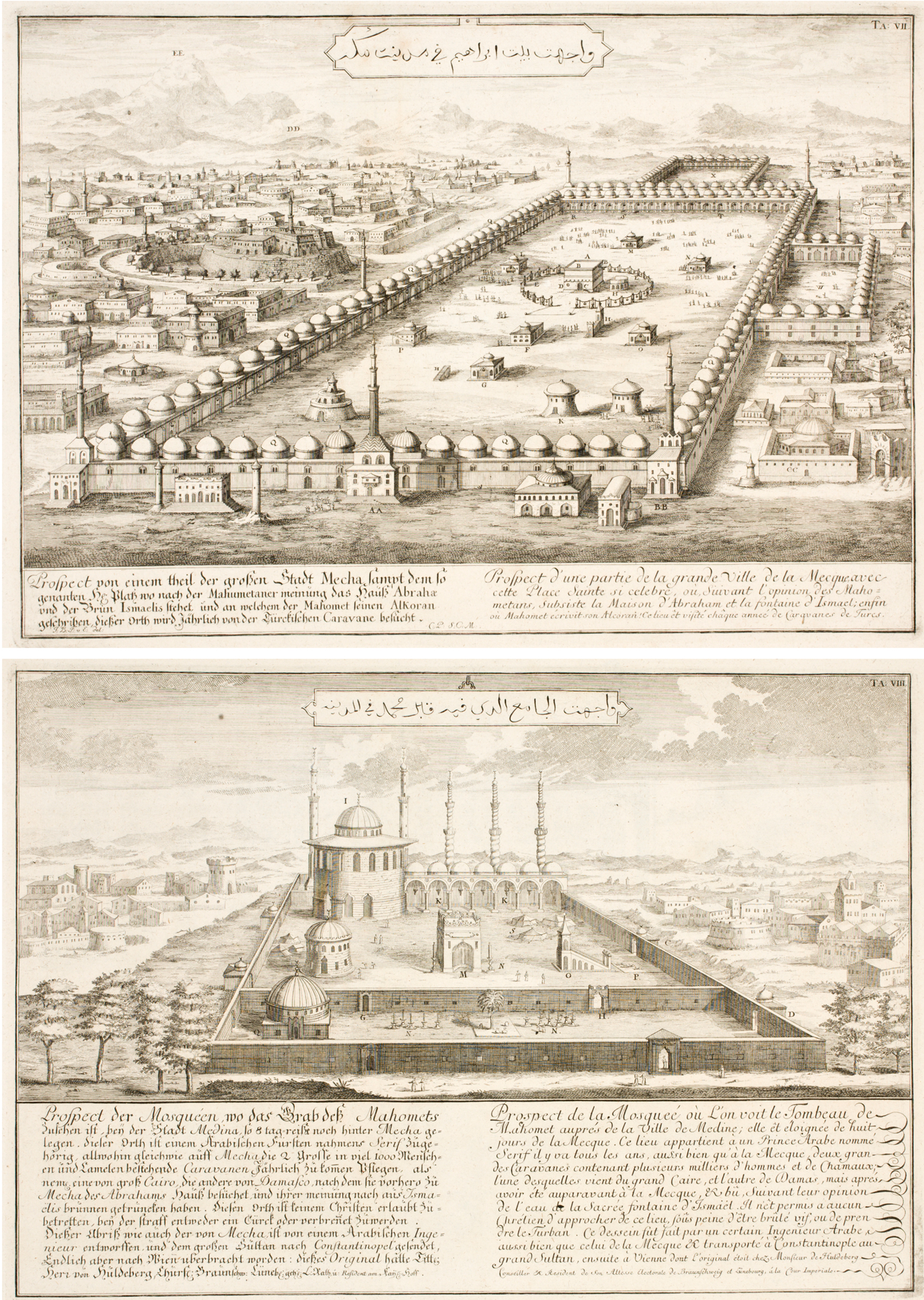 ARC.pt 77, plate VII, entitled ‘View of the House of Abraham in the city of Mecca’

ARC.pt 77, plate VIII, entitled ‘View of the mosque which houses the tomb of Muhammad in Medina’

The two views are from Johann Bernhard Fischer von Erlach’s Entwurff einer Historischen Architectur. The large format album, which was compiled by Fischer von Erlach between 1701 and 1708, is lavishly illustrated with engravings of the most famous and important buildings in the history of architecture. The view are each accompanied by a caption in German and French. The views of the two Holy Sanctuaries at Mecca and Medina are included as plates VII and VIII in Book Three of the work, devoted to Arab, Turkish, Persian, Chinese and Japanese monuments.

According to the caption accompanying the view of Medina, the two drawings were the work of an unnamed Arab engineer, who presented them to the Sultan in Istanbul, and were later taken to Vienna.