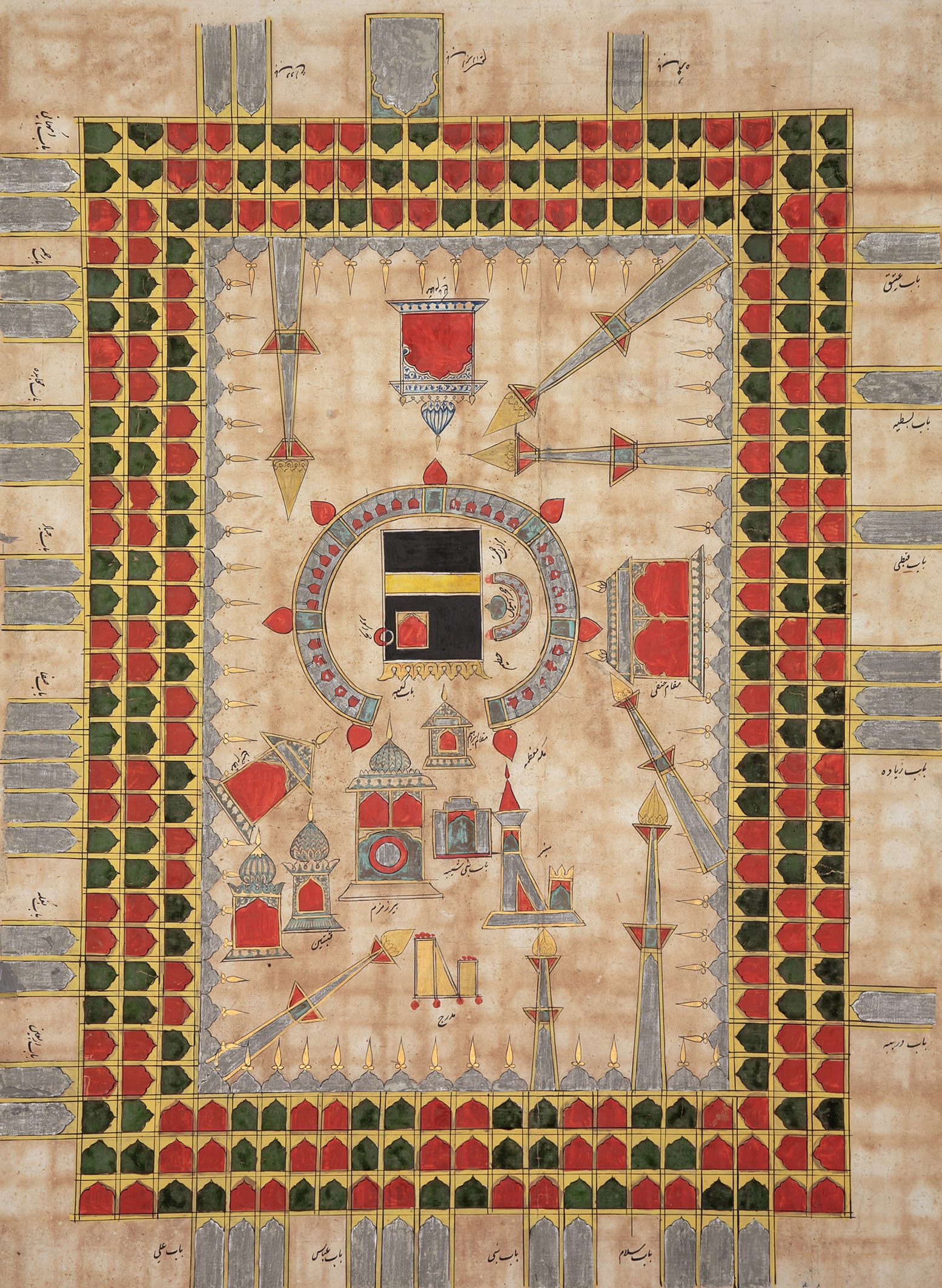 Three Sections from a Pilgrimage Scroll

MSS 745.2, view of the Mosque of the Prophet at Medina

MSS 745.3, view of the stations of pilgrimage outside Mecca

Three Sections from a Pilgrimage Scroll

Examples of hajj certificates – issued as attestations that pilgrims have completed the prescribed rites or that the rites have been completed on their behalf – are known from the 12th century on, although complete early specimens are rare. Their proliferation in later centuries may partly be explained by the increase in proxy pilgrimages. In addition to views of the main stations of pilgrimage in Mecca and its environs, the certificates included a view of the Mosque of the Prophet in Medina. The diagrammatic style of the depictions, which combine elevations with ground-plan views, changed little over the centuries and the same stylistic conventions can be seen in illustrations to literary works on the holy sanctuaries, such as the dala’il al-khayrat. The style of the domes seen on many of the structures suggests that they were painted by Indian artists who were perhaps working in Mecca.