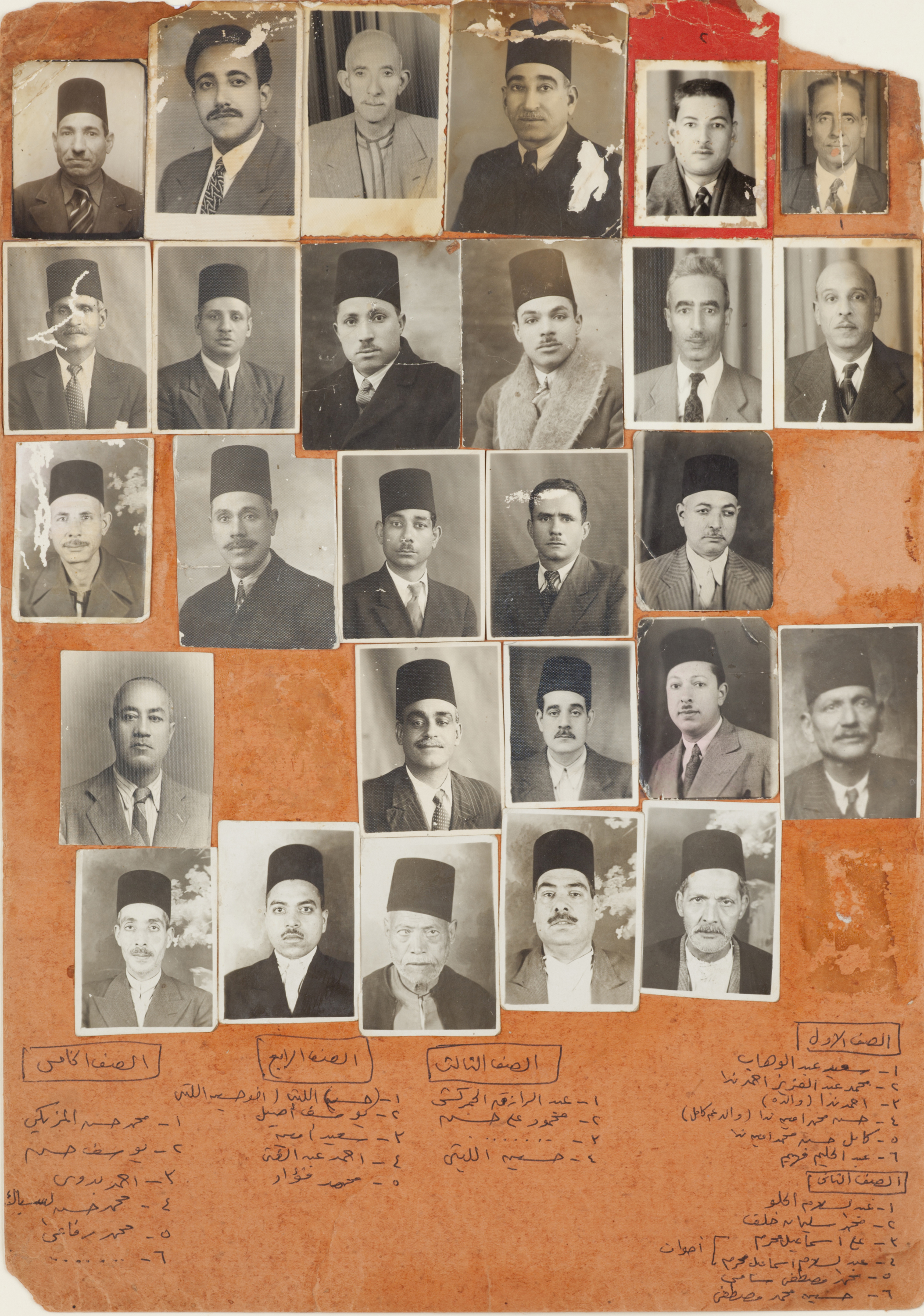 The Employees of Dar al-Kiswah

1st half of the 20th century

The Employees of Dar al-Kiswah

1st half of the 20th century

27 passport photographs, pasted on paper and backed on card

Dar al-Kiswah started life as ‘warshat al-kharanfash’ – a large factory established by Muhammad ‘Ali Pasha in 1817, in the Karanfash Quarter in Cairo. According to al-Jabarti, the project was undertaken on the advice of prominent Europeans, in order to make use of European craftsmen who had arrived in Egypt. Work on the building had begun the previous year, and vast sums of money spent in making the basic tools and machinery which were necessary … Every craft and trade had its own place; it contained looms, spinning wheels, frames and all sorts of peculiar machines for making cotton, silk and brocades. 4000 young men from Cairo were assembled to work under the supervision of craftsmen as apprentices.

However, parts of the factory soon fell into disrepair, and by the 1880s, it had become a workshop dedicated exclusively to the production of the Meccan textiles. It underwent a couple of name changes  –  ‘Maslahat al-Kiswah al-Sharifah’ and later on, ‘Dar al-Kiswah al-Sharifah’. It was financed by the Egyptian treasury, and was under the control of the Ministry of Finance (wizarat al-maliyyah), then the Ministry of Interior Affairs (wizarat al-dakhiliyyah) and finally in the 1950s, under the Ministry of Religious Endowments (al-awqaf). The workshop was closed down in the late 1990s.

Up to a hundred weavers, artisans and embroiderers are known to have worked in Dar al-Kiswah at any given time. One section of the workshop, the qism al-zarkashah, was responsible for embroidering the textiles that were sent to Mecca every year to coincide with the season of Hajj. Many of the embroiderers were members of the same family – fathers, sons, uncles and cousins. They often started working there as young boys and remained until they retired. In the 1930s at least 60 were employed in the embroidery section, with an average age of about 65.

The photographs are of some of the employees working in the embroidery section at Dar al-Kiswah. It is not known when they were assembled, but it is likely to have been sometime around the 1930s or 1940. They have been identified in the accompanying caption as follows,