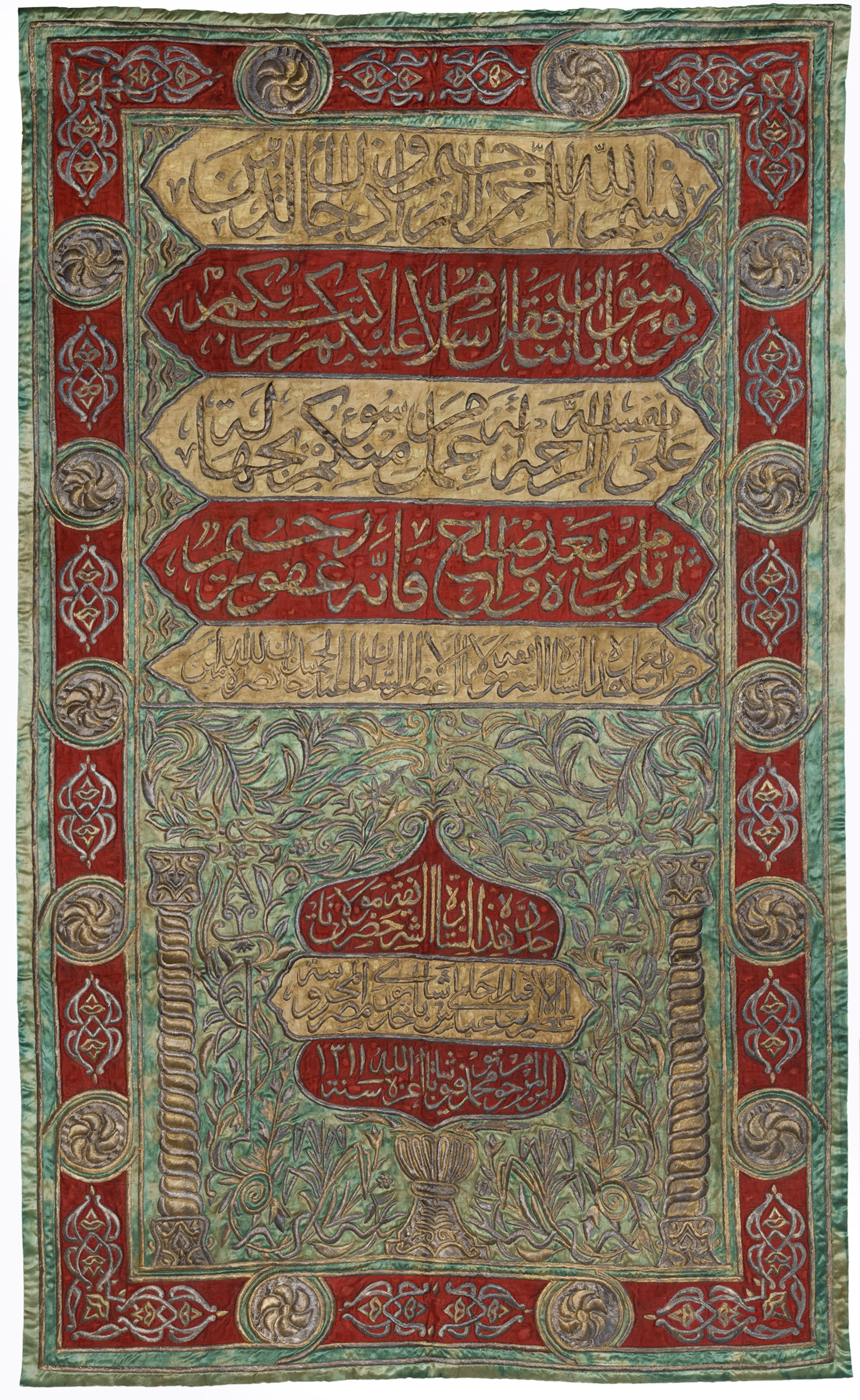 The curtain (sitarah) for the Bab al-Tawbah (the internal door of the Ka‘bah, leading to the roof of the building) was renewed annually and was sent from Cairo with the rest of the kiswah. This example is typical of those made at the Dar al-Kiswah in Cairo during the 19th and early 20th century, and there is a full-size, 19th-century design for this type of curtain in the Collection [MSS 1128.8, illustrated below].

The text used on the Bab al-Tawbah sitarahs consists of the basmalah followed by surah al-An‘am (VI), verse 54, in the first four bands at the top of the curtain. The fifth band has the commissioning inscription, here in the name of the Ottoman sultan ‘Abd al-Hamid II. The presentation inscription, here in the name of the Egyptian khedive, ‘Abbas Hilmi and dated 1311 AH (1893–4 AD), occupies the cartouche at the lower end.