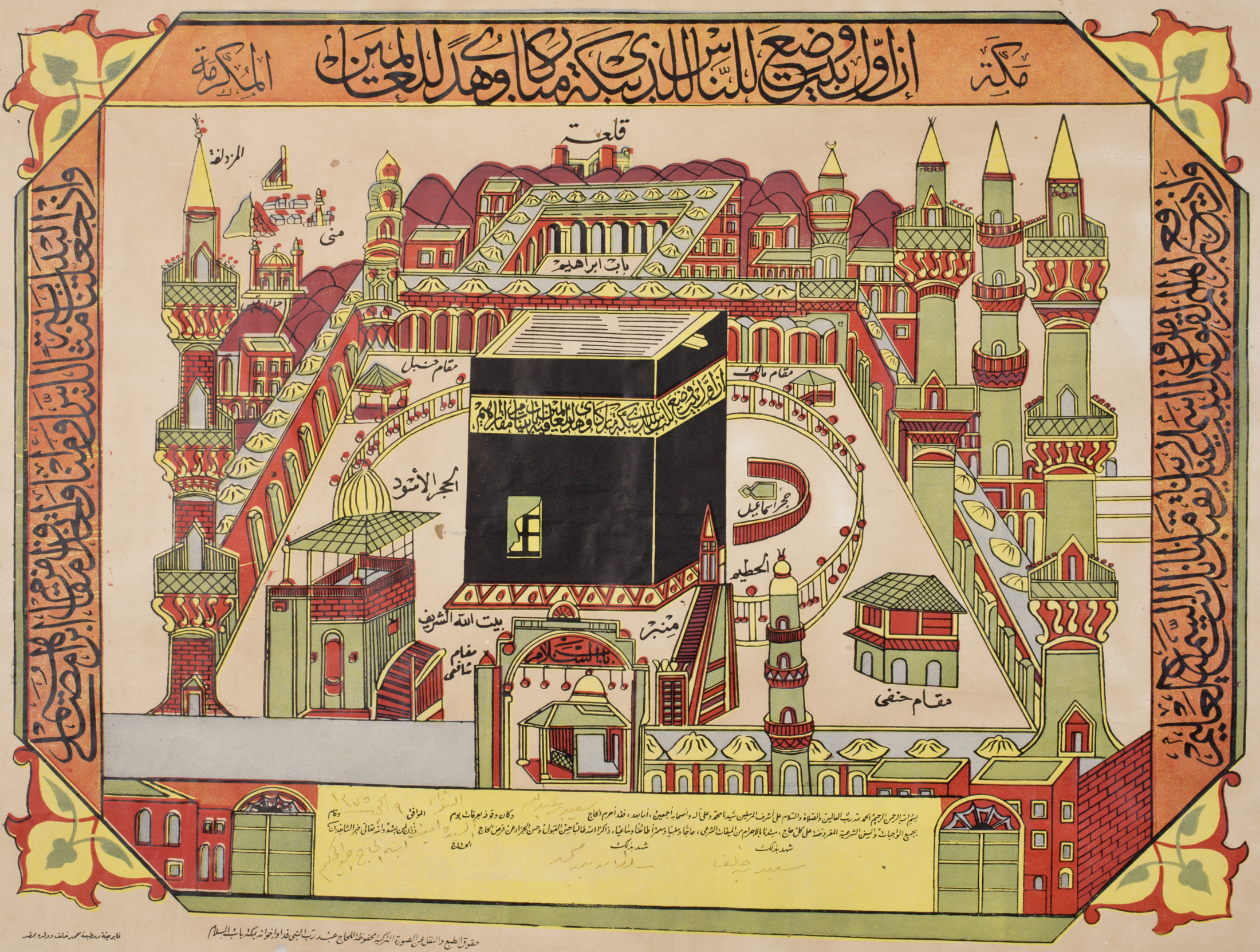 Certificate of Pilgrimage by Proxy

Certificate of Pilgrimage by Proxy

The pilgrimage was performed by a certain Sa‘id ibn ‘Abdallah on behalf of a woman named al-Sayyidah Aminah, daughter of hajj ‘Abd al-Hakim, on 9 dhu’l-Hijjah 1375 (18 June 1956). Two witnesses are named, Sa‘id ibn Khalaf and Sultan bin Muhammad. The view, which is described as ‘a Turkish image’ (surah turkiyyah), includes the mosque with the Ka‘bah and the various structures surrounding it, as well a schematic representations of Mina and Muzdalifa in the background.