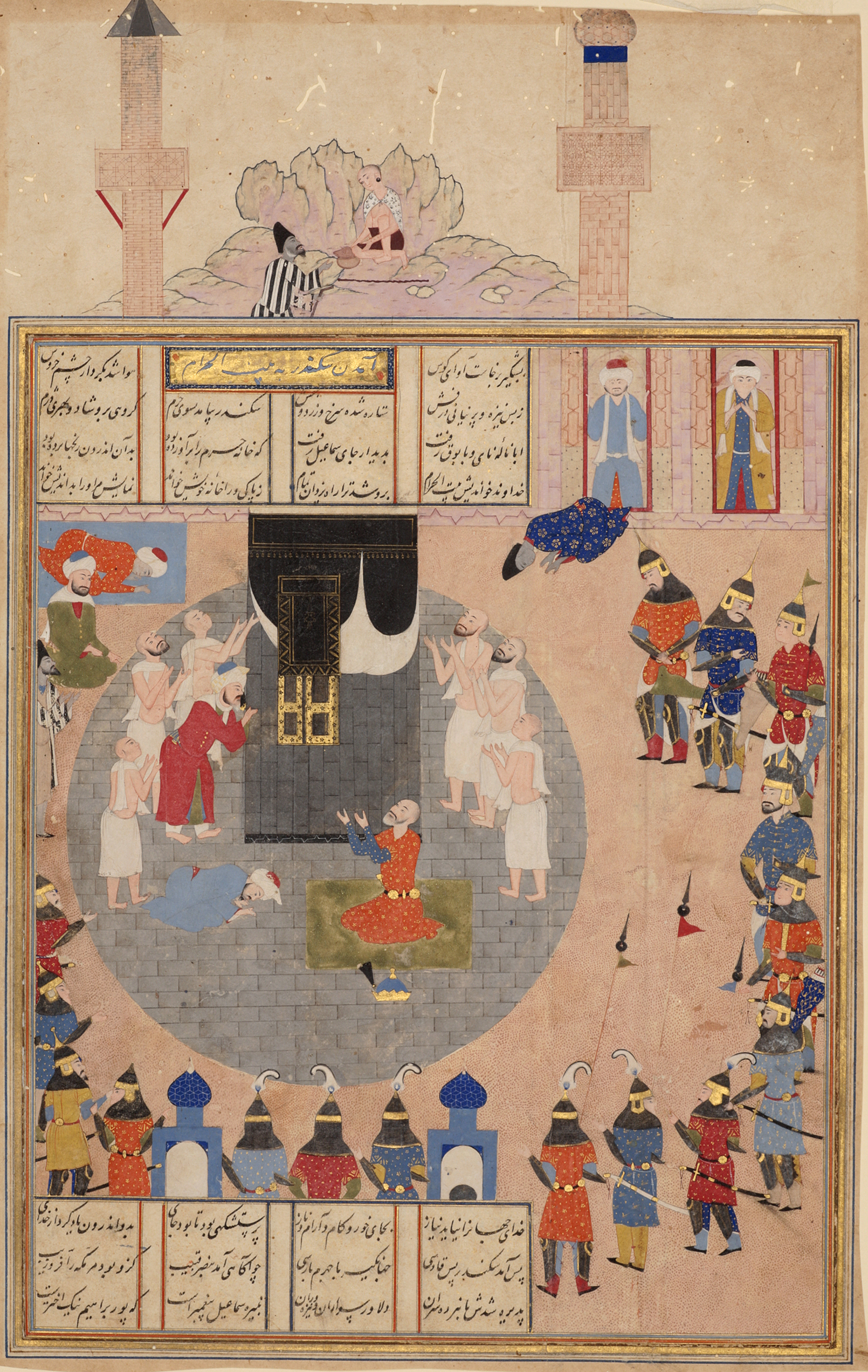 ‘Alexander Visits the Ka‘bah’, Folio from a Copy of Firdawsi’s Shahnamah

‘Alexander Visits the Ka‘bah’, Folio from a Copy of Firdawsi’s Shahnamah

text copied in nasta‘liq, arranged in 4 columns, with and additional column of diagonally-arranged text on the recto

There was a sharp divergence in the Iranian tradition in the way Alexander the Great was presented. To the Zoroastrian magi he was the destroyer of their fire temples and the fabled palace of the Achaemenids at Persepolis. Under the influence of translations into Arabic of the highly-fictionalised Greek Alexander romance, he was identified with the Qur’anic prophet Dhu’l-Qarnayn (‘he of the two horns’), with a universal mission to impose the monotheistic religion of Abraham. His journey to the Ka‘bah was the first of his world journeys, when he declared himself master of Arabia and destroyed those who had distorted its religious tradition.

Alexander is shown kneeling in prayer in front of the Ka‘bah, having removed his crown. Pilgrims in white ihram garments stand beside him. The Ka‘bah is draped in its black kiswah, with a gold-embroidered curtain and belt, its hem lifted to reveal the white lining – just as it is today during the Hajj.