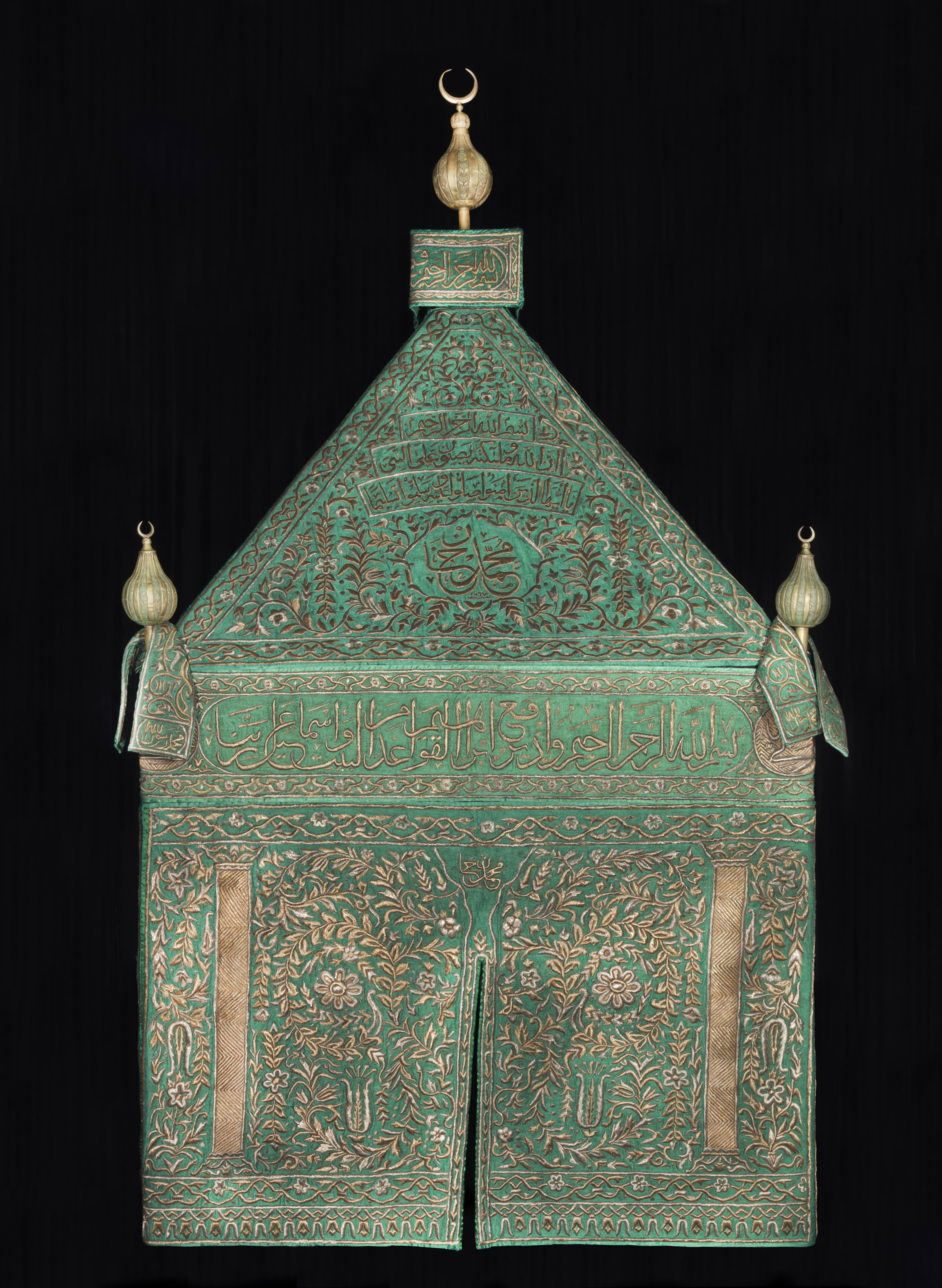 A Complete Cover for a Damascus Mahmal

A Complete Cover for a Damascus Mahmal

mahmal cover and finial banners of green silk, embroidered in silver and silver-gilt wire over cotton thread padding; finials of gilded copper alloy are a of a later date

The mahmal was a ceremonial palanquin that represented the authority of the Sultan over the Holy Places. It was carried on a camel – specially chosen for the purpose for its appearance and strength. The Mamluk sultan Baybars (r 1260 – 1277) is reported to be the first to have sent a mahmal with the caravan of pilgrims from Cairo, and the custom was continued under Ottoman rule and almost without interruption until the early 20th century. Following the Ottoman conquest of Egypt, a second mahmal  – also representing the Ottoman sultan – left Damascus with the caravan of Syrian and Turkish pilgrims, of which this is an example. [for an Egyptian mahmal, see TXT 442] The Egyptian and Syrian mahmals were occasionally joined by a third mahmal from the Yemen. ]

This sitr (‘cover’) for the mahmal is the earliest of seven (three Syrian and four Egyptian) mahmal covers in the Khalili Collection. The latest, an Egyptian mahmal, is in the names of the Ottoman sultan ‘Abd al-Hamid (Abdulhamid) II and the Egyptian khedive ‘Abbas Hilmi II, and bears two dates, 1316 and 1318 AH (1898–9 and 1900–01 AD).