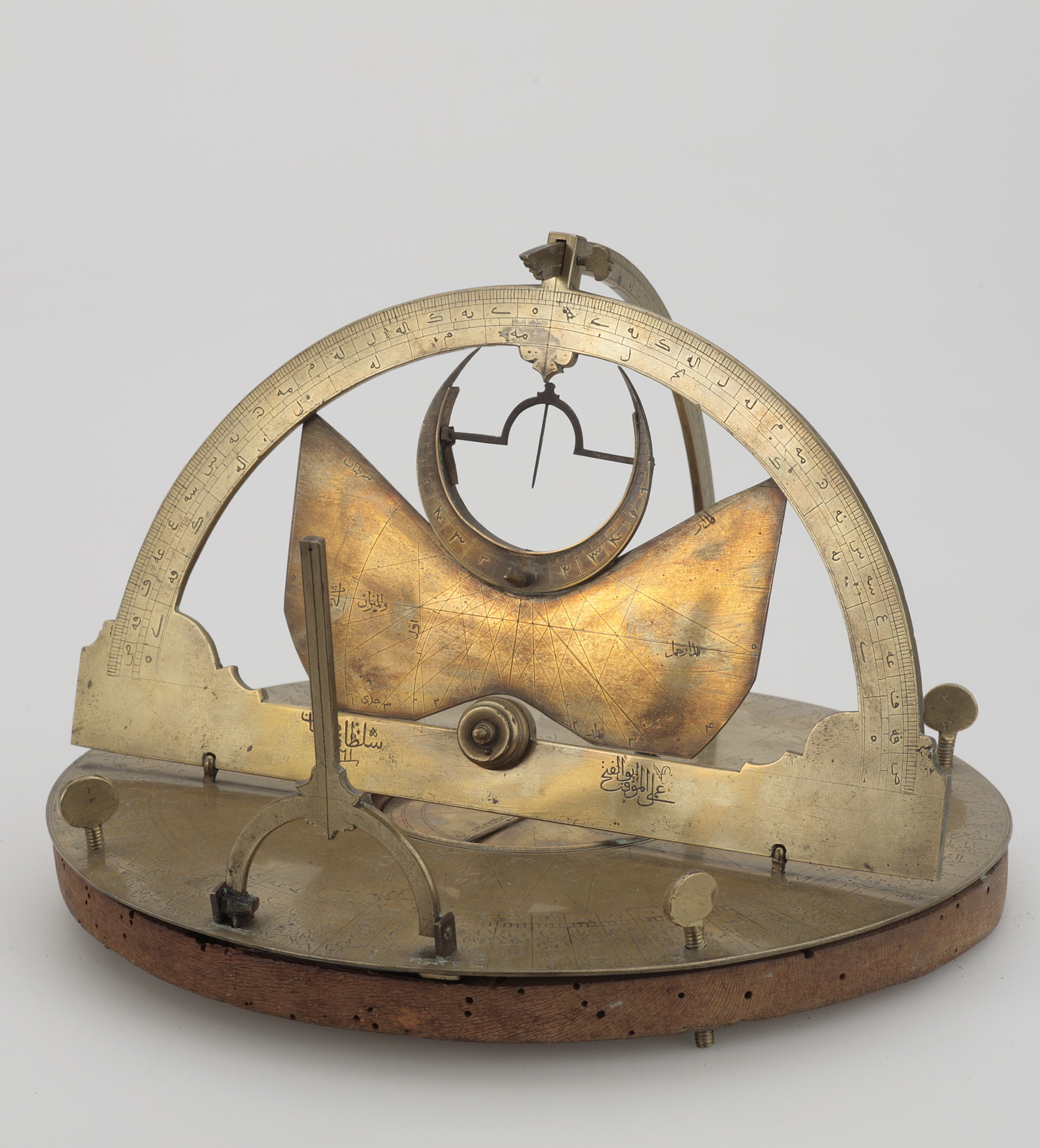 brass, beaten, cast and engraved, attached to a wooden base

In the mid-15th century an Egyptian astronomer called ‘Abd al-‘Aziz ibn Muhammad al-Wafa’i al-Miqati, who was timekeeper (muwaqqit) at the mosque of al-Mu’ayyad in Cairo, invented an instrument that combined a qiblah compass with a sundial, which he called the da’irat al-mu‘addil (‘equatorial circle’). It was described by him and by later astronomers, including the Turkish admiral Seydi Ali Reis. Perhaps as a result of the work of Seydi Ali, the instrument became popular in Ottoman Turkey.

The base plate of this instrument houses a magnetic compass is marked at the circumference with the names of various cities and so that, when aligned on the meridian, it gives the direction of Mecca. When correctly oriented, the instrument also functions as a sundial.

The instrument is signed, ‘Ali al-muwaqqit Ebülfeth Sultan Mehmed Khan, that is the timekeeper at the mosque of Fatih, founded by Mehmed the Conqueror in Istanbul.