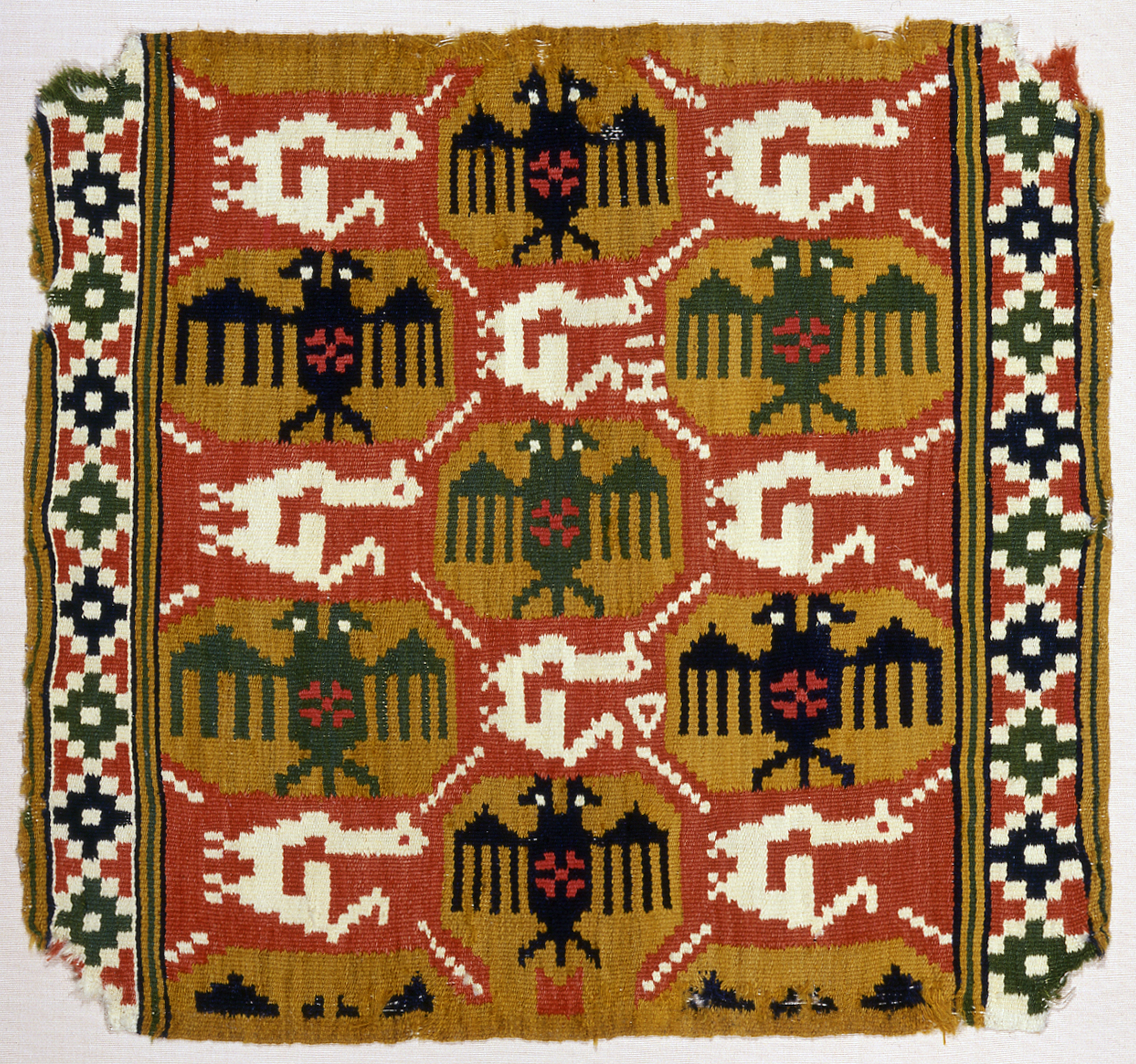 This seat cover features the unusual design of double-headed eagles and birds. The eagle motif probably came to Scandinavia from the Byzantine Empire during the Viking era, some seven or eight hundred years before this tapestry was woven. It was also an emblem used in Polish coats-of-arms, as well as by the Hapsburgs, who ruled much of Europe at this time. The composition combines alternating rows of octagons and squares within a defined lattice. The warps run horizontal to the design, so the eagles in their elongated octagons were composed on their side.