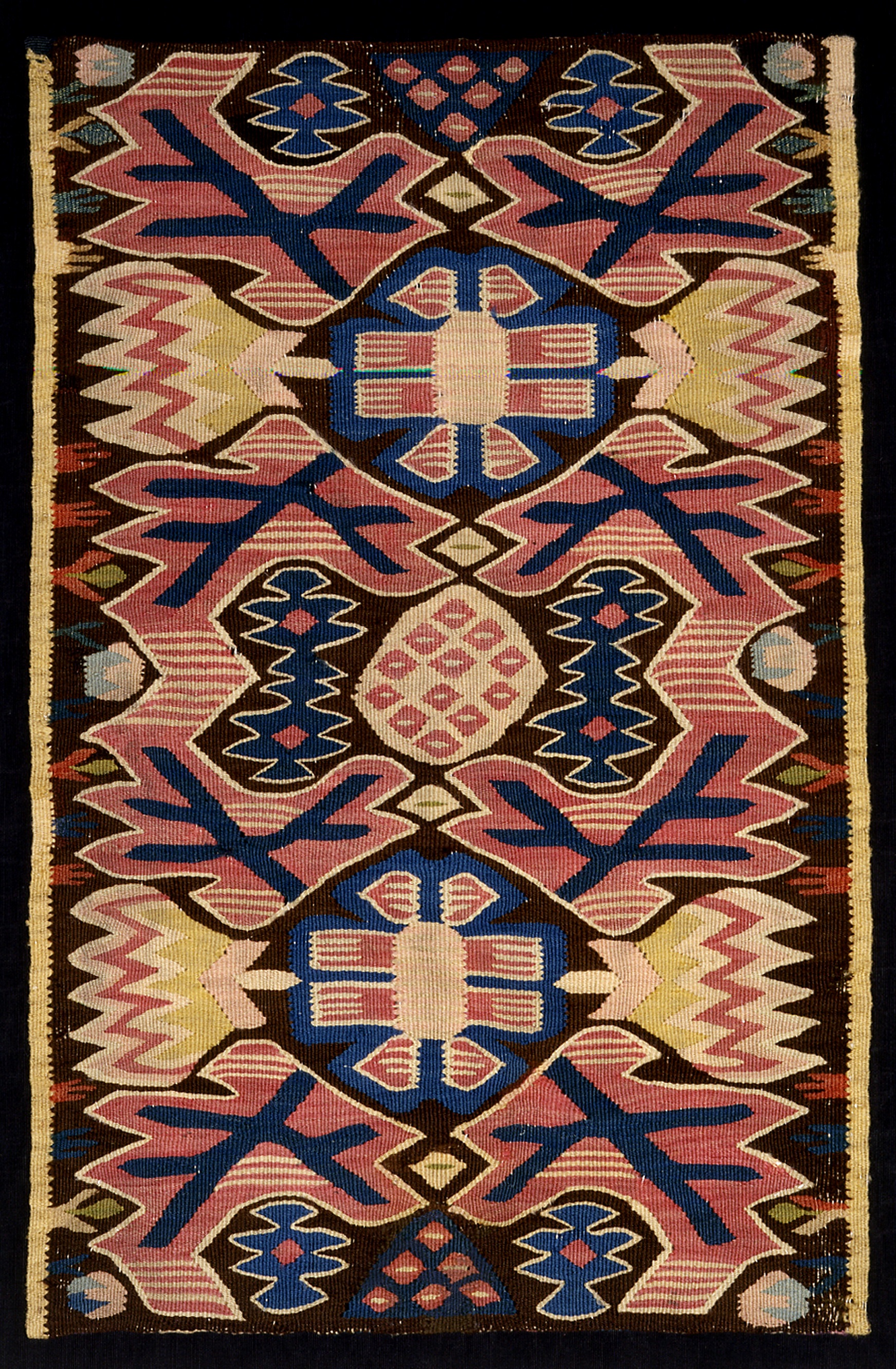 The stylised and geometric nature of this design is reminiscent of patterns used on interlocked tapestries. The manner of the drawing of the birds can be likened to certain later sketches of the 20th century artist Henri Matisse, a collector of traditional textile and tribal art. An almost identical version of this design on a tapestry reportedly made by Beritt Hansdotter of Winningetorp, Bara district, was known there as the Flying Birds. As Beritt Hansdotter was born in 1773, she probably made her tapestry around 1790-1800.