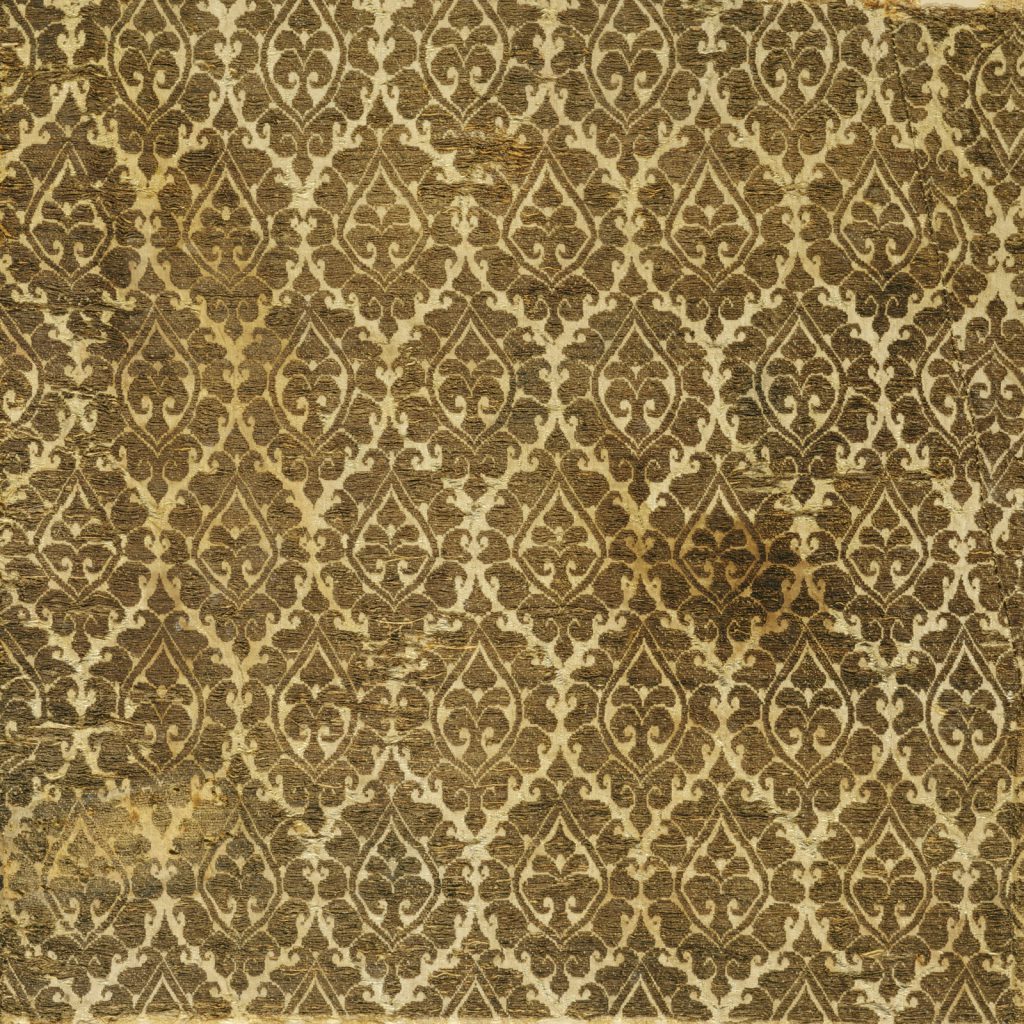 Textile with Palmettes in Lotus Medallions

Textile with Palmettes in Lotus Medallions

tabby weave, with supplementary weft, gold thread on strips of leather or parchment, originally on a coral-red ground

The initial impact of the Mongol invasions on urban life in western and Central Asia was catastrophic, but as the descendants of Genghis Khan became established, they adopted many of the court customs of the cultures they had displaced. Craftsmen were ordered from one end of Asia to the other to provide for their needs. This was particularly the case with luxury silks woven on drawlooms, which were, contemporary chroniclers report, everywhere used for robes of honour and also for ceremonial tents. Because of the value of the raw materials and the complexity of their designs, these silks tended to be woven in court workshops, but it is very difficult to match extant silks with particular courts, and in some cases it is not even easy to distinguish silks of Iranian, Central Asian or Chinese manufacture. Both the raw materials and the woven fabrics were widely exported or circulated as diplomatic gifts, so that although metal thread of different types was used, it may point only to a particular manufacturing source rather than indicating where the silk was woven.

Some Mongol textiles have been excavated in Inner Mongolia and north China, notably at the Yuan capital of Daidu (present-day Beijing) and, recently, large numbers have come to light in Tibetan monasteries, where they were used as wrappings for sacred images. Probably the most useful material for dating, however, comes from western European churches, where the textiles were frequently used as shrouds for royalty or high ecclesiastics, or to wrap the bones of saints. Their decoration is highly eclectic, combining east Asian, Islamic and sometimes Italian motifs. One characteristic theme, however, is paired birds or animals, addorsed or confronted, which frequently occurs on pre-Mongol silks, but with the minor details in Chinese style.