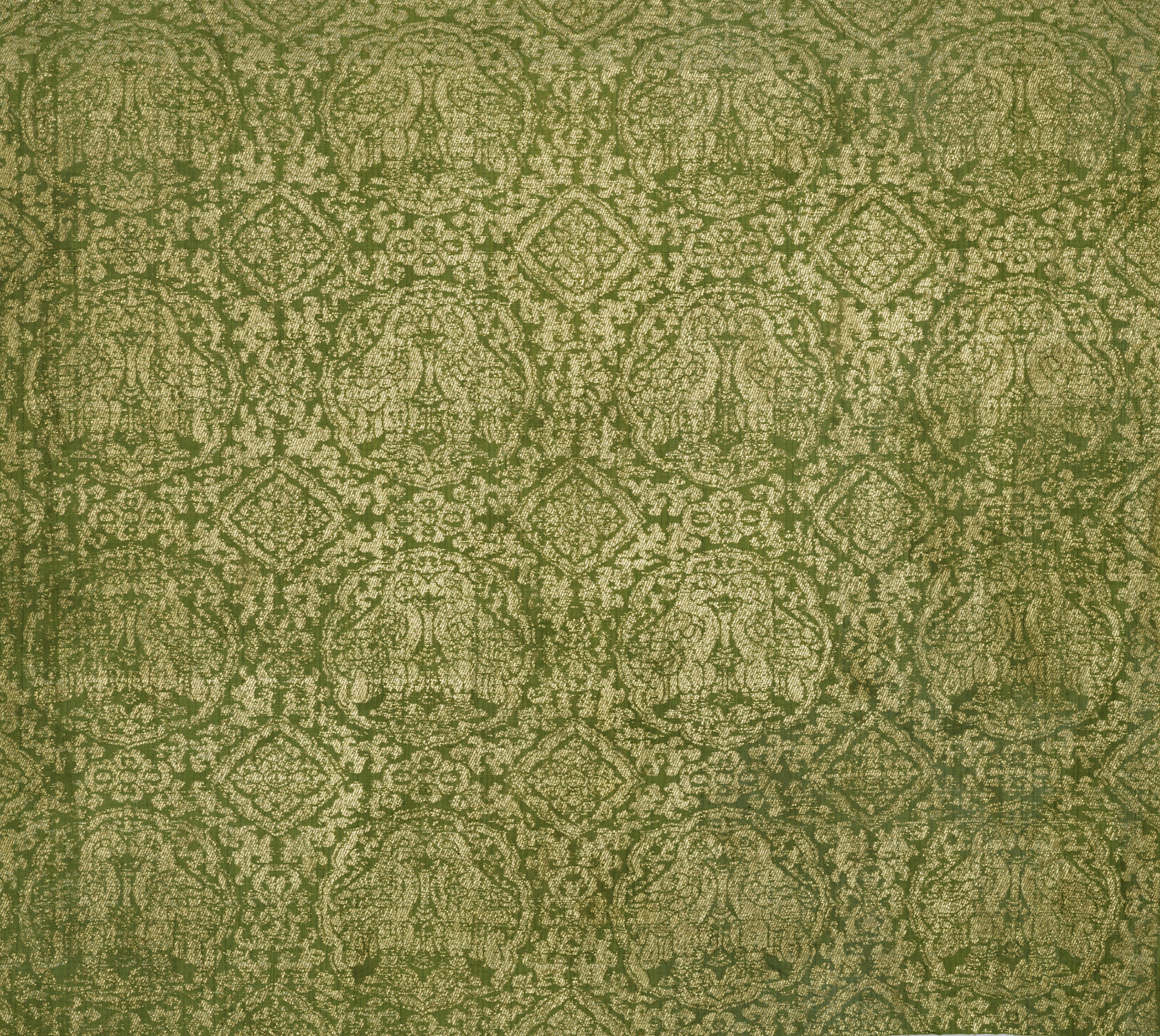 silk and metal thread, gold on a paper base, tabby weave, brocaded

Some Mongol textiles have been excavated in Inner Mongolia and north China, notably at the Yuan capital of Daidu (present-day Beijing) and, recently, large numbers have come to light in Tibetan monasteries, where they were used as wrappings for sacred images. Probably the most useful material for dating, however, comes from western European churches, where the textiles were frequently used as shrouds for royalty or high ecclesiastics, or to wrap the bones of saints. Their decoration is highly eclectic, combining east Asian, Islamic and sometimes Italian motifs. One characteristic theme, however, is paired birds or animals, addorsed or confronted, which frequently occurs on pre-Mongol silks, but with the minor details in Chinese style.

This textile exemplifies the fusion in textile art and technology characteristic throughout Asia in the Mongol period, resulting from the movements of craftsmen from west to east and back again. The confronted birds, separated by a vase or fountain, derive from pre-Mongol Persian textiles, while the cloud scrolls and stylised Buddhist lotuses in lozenges between them are east Asian in origin. The use of paper as a base for the gold thread was common in China from the Tang period on.