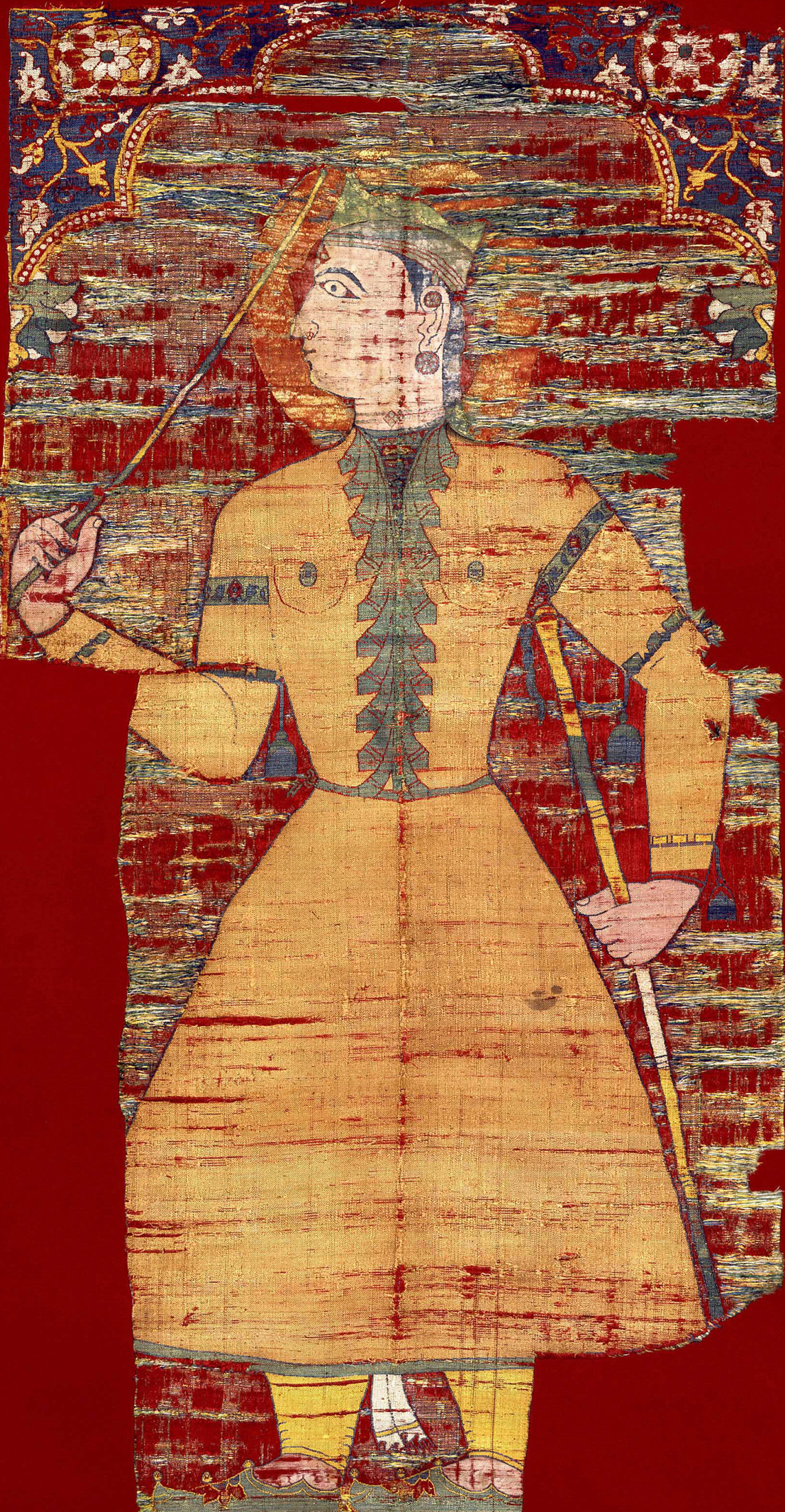 This impressive textile is a product of the Mughal imperial workshops in the reign of the Emperor Akbar (r 1556–1605). It shows a princess standing under a lobed arch with a beaded border. She is depicted in profile, with her head surrounded by a nimbus. She is in Indian dress – a yellow jama trimmed with green and a green jabot – and holds two sticks, one up and one down.

The piece is a qanat, a panel from a tent, and it may have formed part of a monumental programme of courtly types. A companion panel in the Los Angeles County Museum of Art depicts a male figure in Persian costume holding a cup. Both were evidently from a decorative cycle of monumental figures of courtiers, a later version of the standing figures painted or carved in palace audience halls.