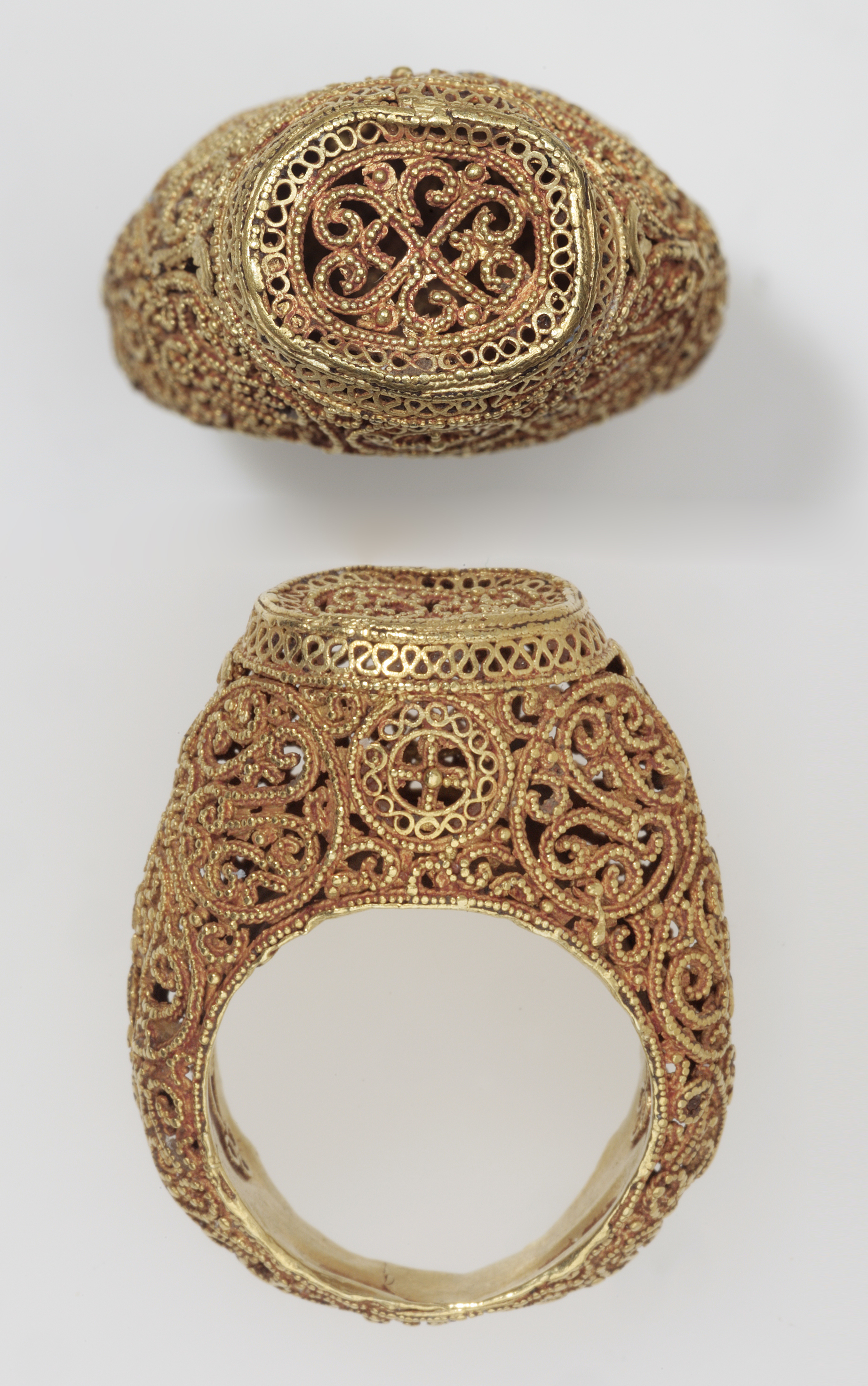 This gold filigree ring is among the finest rings made in the Fatimid period. It was assembled from several prefabricated rope-and-grain components and has a liner of sheet gold. Although this type of construction was widespread in the Fatimid period, the workmanship of cthis ring is exceptional. The interior tie-bars that back the rope-and-grain filigree are almost imperceptible. Some wire ropes forming the skeleton appear to have been flattened slightly before the grains were attached: possibly paired ropes that had been pre-soldered were gently hammered over a metal former to even them up before they were combined with each other to make the ring. Further evidence of care taken to ensure the proper alignment of the parts is the presence of a short length of bent gold wire that would have held the two halves of the ring together during the soldering process. This level of attention extends even to the liner of the ring: it is decorated with applied rope filigree and rows of grains hide its seams.

The oval bezel sits on a band of figure-of-eight loops, which is bevelled so that it is flush with the line of the shoulders, a feature seen sometimes in other rings of this type. The top has a figure-of-eight border surrounding a geometric design of openwork rope-and-grain filigree. On each shoulder is an openwork cross within a figure-of-eight scroll border, set between ornate palmettes. Whether it was included as a specifically Christian symbol is uncertain, though its conspicuous position does suggest that its incorporation was deliberate.