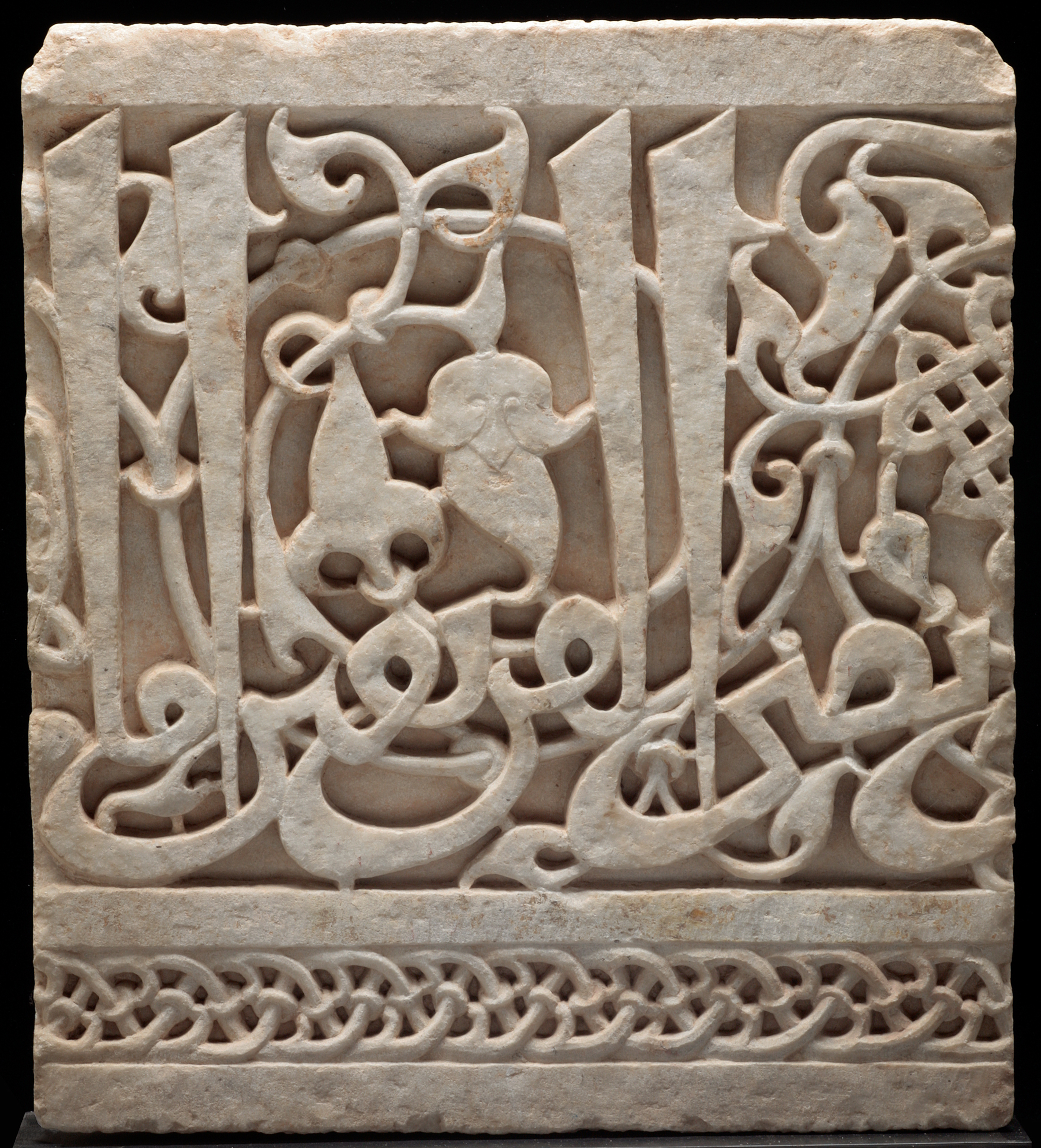 Panel from a Calligraphic Frieze

Panel from a Calligraphic Frieze

The fragmentary inscription, which is not Qur’anic, is on a ground of fine spiral scrolls deeply carved at two levels. The use of marble is particularly characteristic of the Ghaznavids and their successors, the Ghurids, who ruled much of Khurasan, Transcaspia and Afghanistan from the 11th century to the Mongol invasion. Their economy was based upon frequent predatory raids deep into the Indian sub-continent, where the fine white marble was doubtless acquired. The delicately proportioned script and remains of a plaited finial are also characteristic of the Ghaznavid-Ghurid legacy to the sultanates of north India in the 13th and 14th centuries.