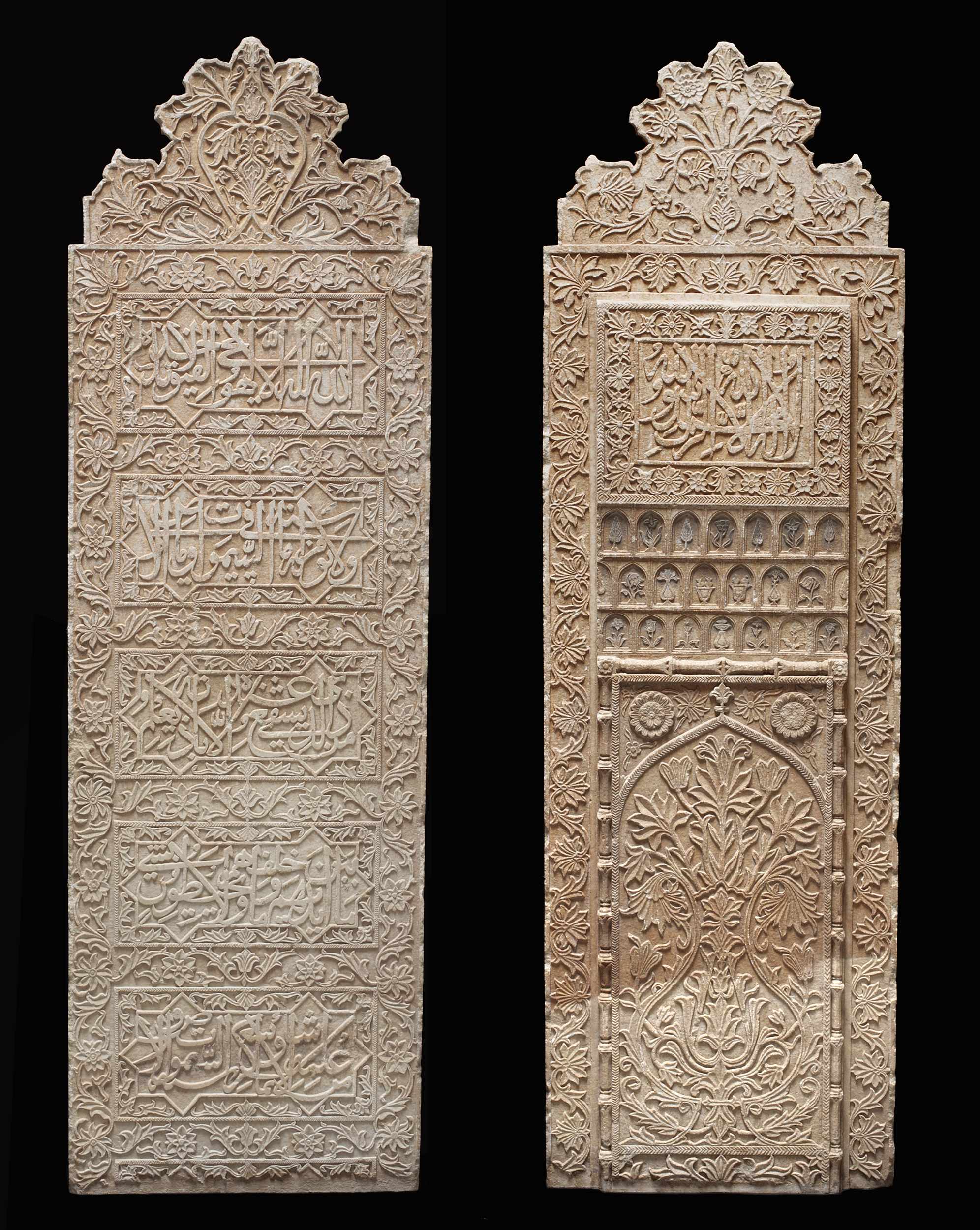 The face of this standing stone is headed with a finely executed shahadah in an oblong panel surmounting three registers of pointed arches filled with stylised flowers and cypresses in vases. The lower half is filled with a bouquet of stylised irises and tulips in an ornamental vase, set in an arched niche with rosettes in the spandrels and a striking jointed frame, recalling bamboo. On the reverse is the Ayat al-Kursi (sural al-Baqarah, II, verse 25), but omitting the final section. This verse, which often appears on gravestones, suggests that, despite the absence of an epitaph, the stela was from a tomb. The exquisite delicacy of the carving parallels the illumination of Qur’ans and prayer books made under Shah Jahan and Awrangzeb, in which floral ornament is similarly used as a foil for calligraphy.