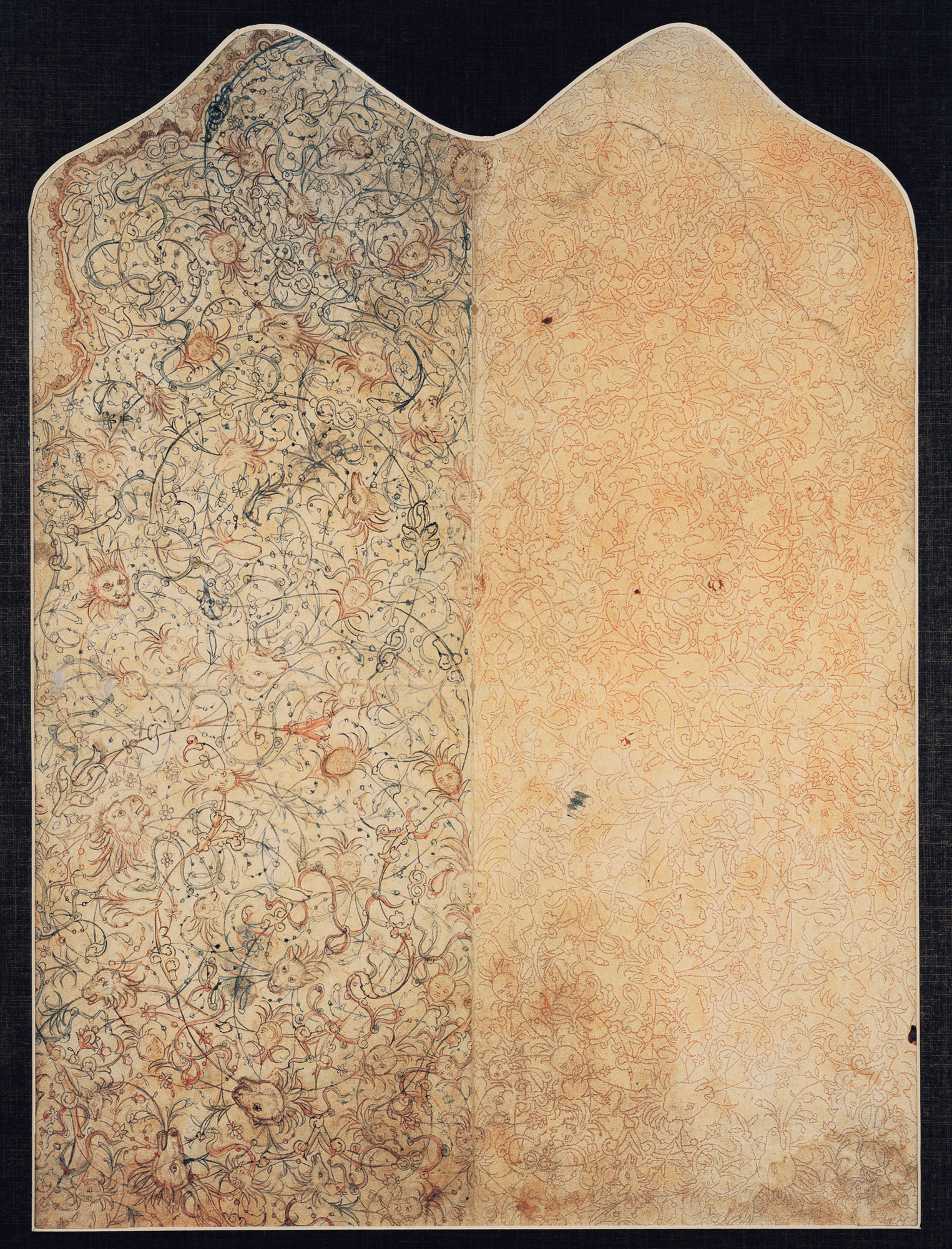 paper, with a design drawn in colours and pricked for pouncing

This stencil (gardah) bears a sophisticated design of inhabited scrolls similar in scale and style of execution to that found on the doublures of a pair of album covers commissioned by Nasir al-Din Shah Qajar from Razi Muzahhib in 1881, and the stencil may have been produced by the same artist [see LAQ 92, LAQ 281]. Given its size, it is unlikely that it was made for decorating a piece of lacquer-ware, but similar stencils were used for that purpose.

The stencil was made by folding a sheet of paper in two and drawing the design on one half. The design was then pricked through the folded sheet, so that a composition of scrollwork symmetrical on the vertical axis covered the whole stencil. Either side of the sheet could then be employed to transfer the design on to the object to be decorated by pouncing.

The main design, which is framed by an arch motif at the top, consists of superimposed spiral scrolls supplemented by cloud bands. One set of scrolls bears stylized lotus blossoms and other floral elements of the miniaturized type common in Qajar illumination. Another bears half-palmettes and composite leaf forms of a similar kind. A third is set with well-differentiated animal and human heads.