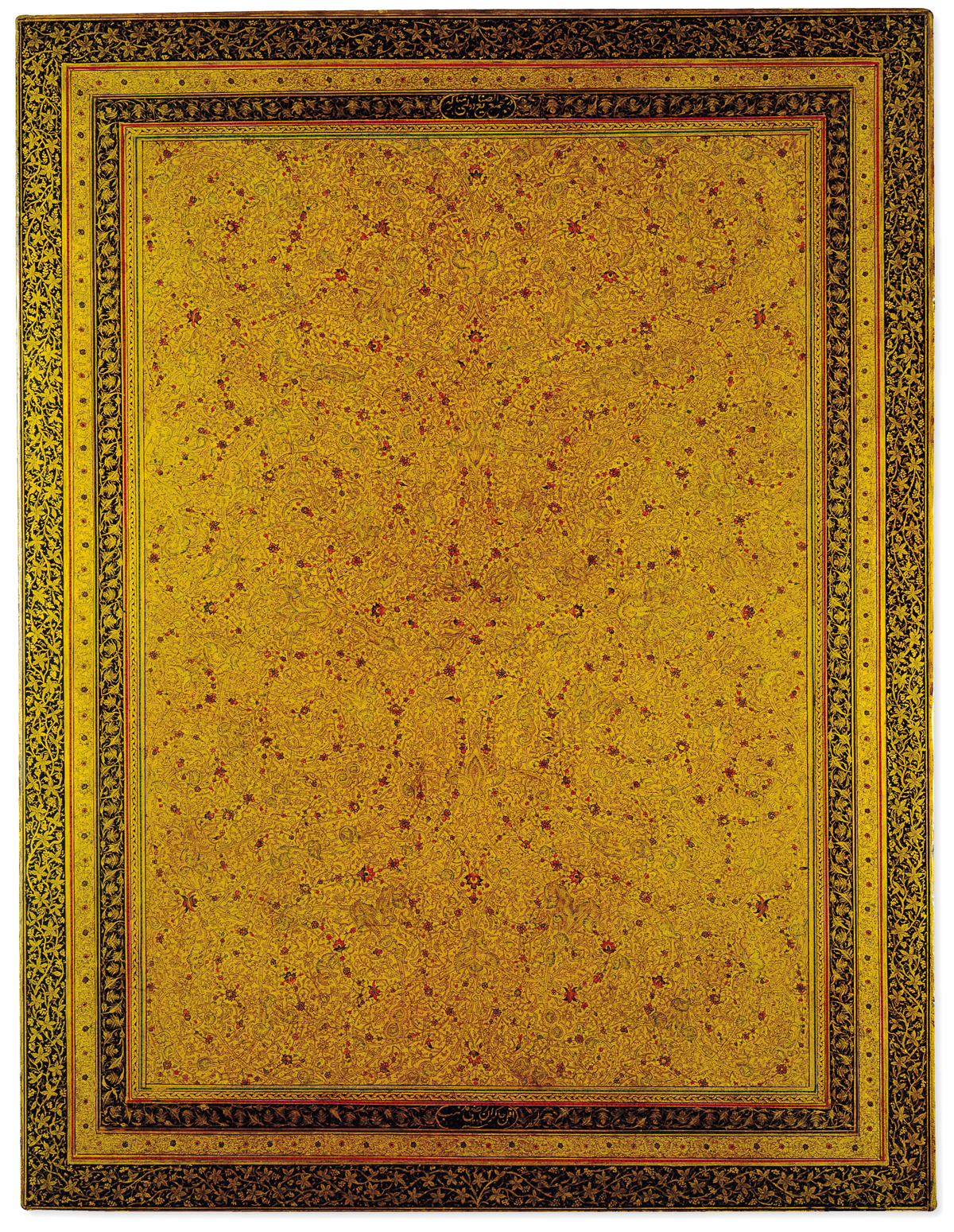 papier-mâché boards, painted and varnished; both covers are now mounted as blotters

The outer faces have a yellow ground covered with fine gold scrollwork, with small flowers picked out in colour. The multiple borders include two bands with a black ground, one decorated with floral scrolls, the other with gold vine scrolls.

The doublures have a red ground, with an overall design of large scrollwork in black and brown outlined and shaded in gold. The scrollwork is mostly floral in character, but it is also set with animals’ heads, in the manner of a waqwaq scroll [see LAQ 519, and detail below]. The border is of meandering vine scrolls on black.

According to a typed note in the centre of the blotters now attached to these covers, they were made by order of Nasir al-Din Shah of Persia for presentation to Tsar Alexander II of Russia. However, the Tsar was assassinated in 1881, before the gift could be made, and they were afterwards presented to Major General Sir Robert Murdoch Smith KCMG. The royal and imperial associations claimed for these pieces is more than matched by their superb quality.

The decoration is signed, ‘In the Auspicious State College of Arts; the most humble of servants, Razi Muzahhib’.