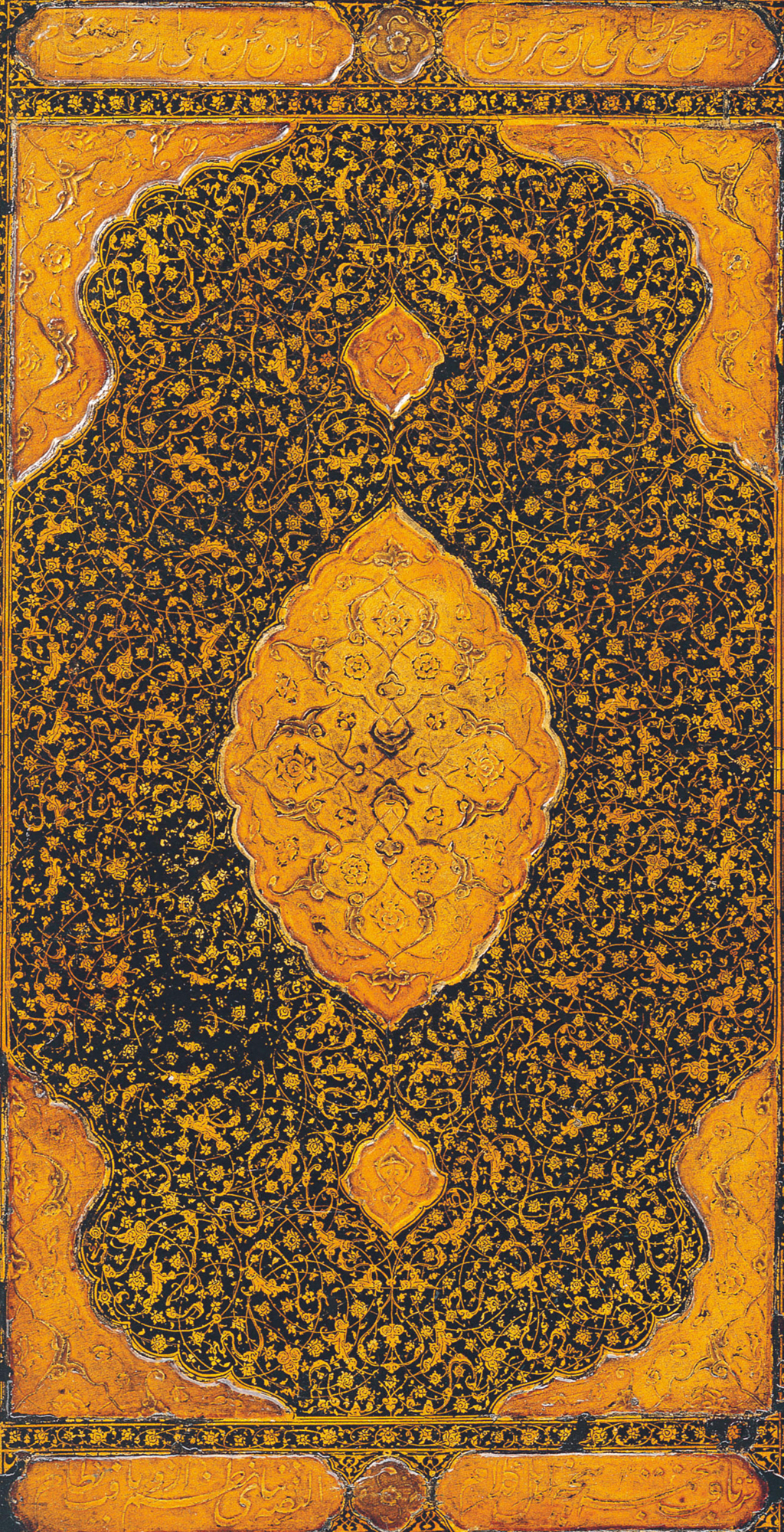 first half of the 16th century

first half of the 16th century

Papier-mâché board, painted and varnished; reset within a later leather binding

The black ground is covered with fine gold arabesques, and the main elements of the design are sunken and gilded. These include the central medallion and pendants, the corner-pieces, and the pairs of cartouches above and below the main composition. The cartouches contain two Persian couplets in nasta‘liq script, which indicate that the cover was once attached to a copy of the Khamsah, or ‘Five Tales’, of Nizami. They read, ‘Nizami, that sweet-palated pearl-diver for words, by whom the laws of rhetoric were brought to perfection, got the better of the eloquent with his Khamsah; in short, through him the structure of verse was put in order.’

This type of binding originated in Herat in the last quarter of the 15th century, and the technical quality of this cover is comparable with that of the Herat originals [see QUR 323]. However, the design here lacks the freedom and movement of the latter, which suggests a dating to the first half of the 16th century. By this time many artists from Herat had migrated to other centres in Iran and beyond, and this binding may have been produced elsewhere.