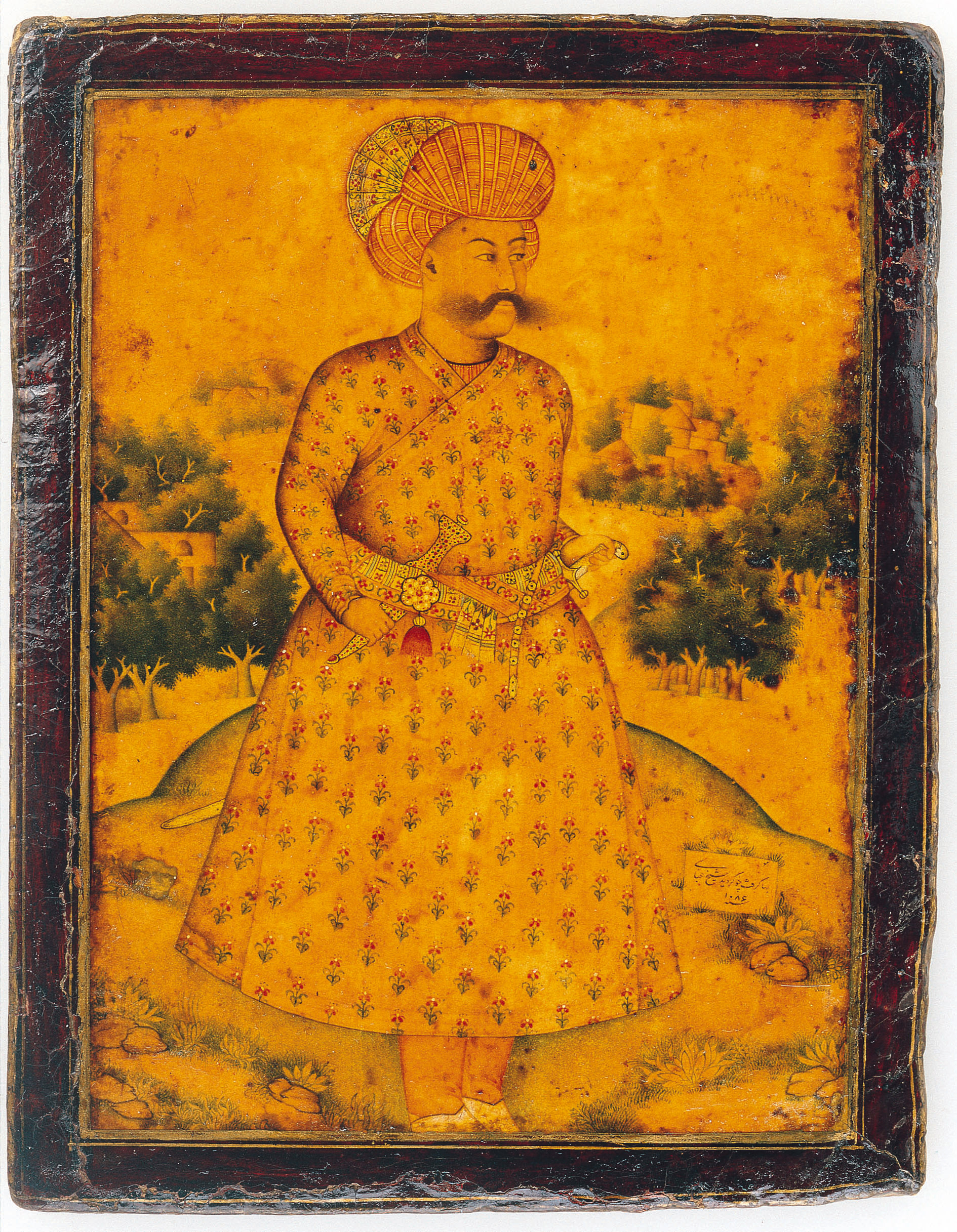 painting in watercolours and gold on paper, pasted on to papier-mâché board and varnished; with leather trim and paper doublure

A fine miniature depicting a nobleman with a Shah ‘Abbas moustache standing in a landscape has been pasted to the outer face of the board and varnished. It is surrounded by a border of reddish-brown leather. The doublure has been painted black and ruled in gold with a frame design. The miniature is dated 1086 AH (1675–6 AD), but the binding may have been assembled at a later date; in the process the painting was cut down, as is shown by the loss of the nobleman’s feet.

As was his wont, Shaykh ‘Abbasi signed the painting within a cartouche, on the natural ground of the paper, employing the phrase, Baha girift chu gardid Shaykh ‘abbasi (‘Shaykh acquired value when he became an ‘abbasi’). A pun was intended, as an ‘abbasi was both a gold coin of the period and the honorific surname that indicated Shaykh’s personal attachment to Shah ‘Abbas II, who ruled between 1642 and 1666.

Shaykh ‘Abbasi’s dated work covers the period 1647 to 1684, and he appears to have been a pioneer of the eclectic style that came to fruition in the work of ‘Aliquli Jabadar and Muhammad Zaman ibn Hajji Yusuf. He introduced Indian themes, and he adopted European conventions, such as the use of shading to achieve a sense of volume, in imitation of Western prints.

Shaykh replaced the violent shades favoured by the school of Riza ‘Abbasi with gentle tones, which he used so sparingly that much of the ground was left uncoloured, and in later works, such as this painting, he drew on Western prints rather than the Persian tradition of decorative painting for the background motifs, which often consisted of landscapes with towns or scattered buildings, and wooded hills.