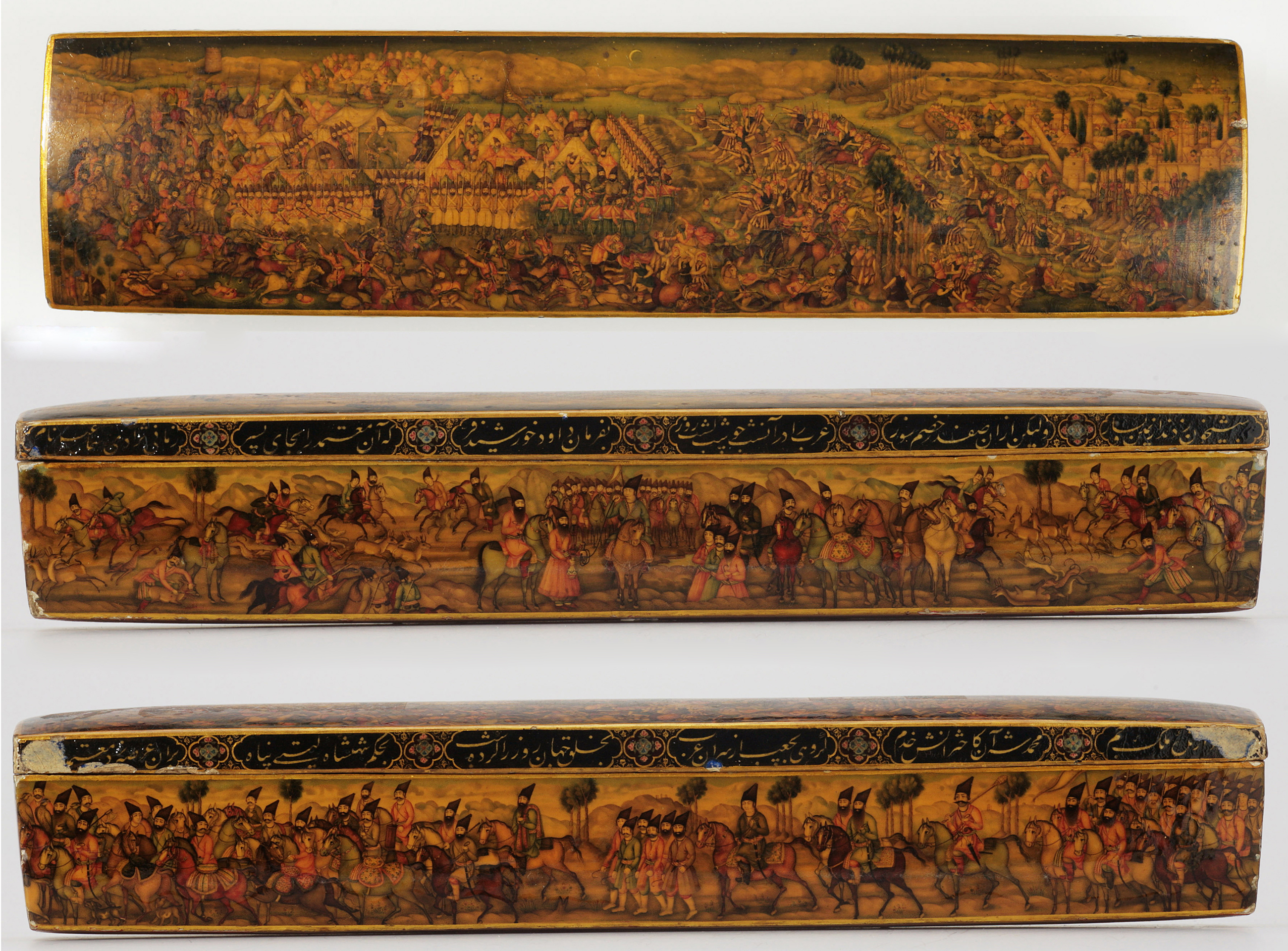 The main surfaces of this pen box – the top of the lid and the sides of the body – were painted by Isma‘il with crowded scenes in which the principal actor is the eunuch  Manuchihr Khan Mu‘tamad al-Dawlah (d 1847), who rose to be one of the most powerful men in Iran under Fath ‘Ali Shah and Muhammad Shah.

The top of the lid shows a battle in progress. On the left Persian troops are drawn up in a square around their camp, in the middle of which Mu‘tamad al-Dawlah is seated on a throne. The battle is in progress around the square, and on the right the enemy camp lies among irrigation canals and palm trees, outside the walls of a city. These events, which took place in 1257 AH (1841–2 AD), are described in the verses inscribed in white nasta‘liq around the edges of the lid. The painting is a tour de force, fitting the maximum of figures into an extremely confined space.

The sides of the box illustrate other incidents involving Mu‘tamad al-Dawlah: on one side he smokes a kalian on horseback, with his troops behind and hunting scenes on either side; and on the other he rides to war through a landscape with palm trees. The inside of the lid is finely painted with a large-scale flower-and-bird design. The gold interior of the box is decorated in a far less competent manner with three medallions on a background of birds among floral scrolls. The medallions contain the heads of an Indian youth, a Persian youth, and, in the centre, a Persian girl. The base has conventional gold scrollwork on a red ground.

The decoration is signed within the verses, ‘By command of the just [king] as splendid as the sun – him who is like a son to Mu‘tamad – that tale was depicted upon this surface by a man from the line of Mani, Isma‘il by name’.