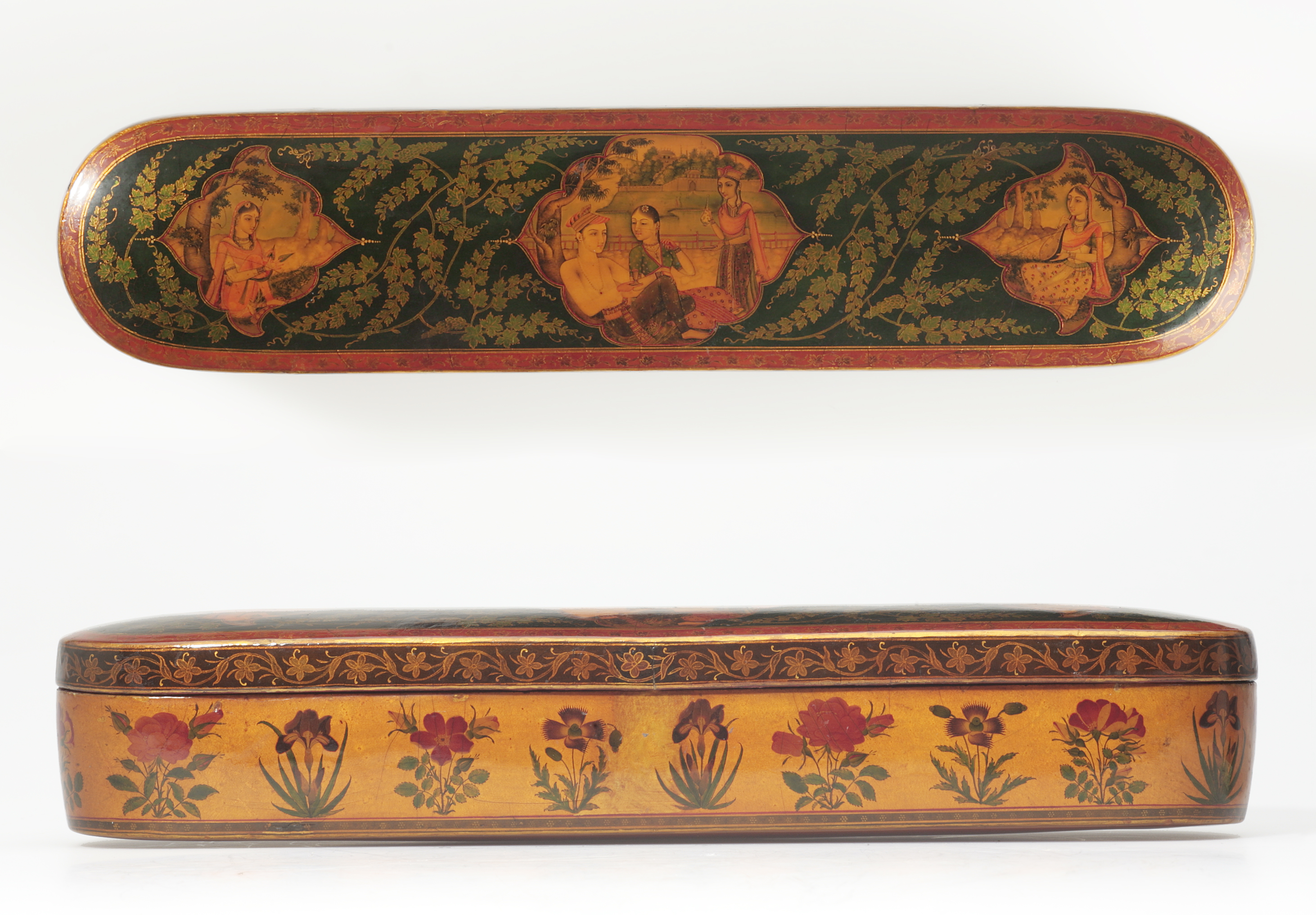 The lid bears a central medallion of an Indian prince entertaining a lady on a terrace. To either side are pendants, each portraying a female musician. The inside is painted with a profusely flowering rose bush in which are perched two birds. At either end is a clump of flowers, one of cornflowers and the other of African marigolds. The air is full of insects, two of which the birds have caught. The sides of the box are exquisitely painted with roses, irises, poppies and other flowers. The base has a vine, painted in a sparkling coppery gold and outlined in gold, on a red ground.

Although the painting is in a style characteristic of 17th-century painting at Golconda in the Deccan, there are numerous parallels to be drawn between the decoration of this pen box and Iranian bookbinder’s lacquer of the later 17th and early 18th century. It is not clear whether Rahim Dakani worked in his native India or in Iran.